Recently, the Rocky Mountain Elk Foundation issued its official position on Congressional proposals to transfer federal public lands to the states. For the record, the foundation: “remains opposed to the wholesale disposal, sale or transfer of federal land holdings. Federal public lands comprise vital habitat for elk and other wildlife species. They are where we hunt, fish, camp, hike, ride and recreate. Transferring ownership of federal lands to states is not a solution to federal land management issues; it is a shell game to avoid the heavy lifting of establishing proactive land management policies in the United States.”

About environmentalists, the organization says “Lawsuits – This is the era void of adult conversations taking place, avoiding any balanced remedies achieved. There are others who subscribe to ‘keep land management issues tied up in litigation’ while the clock runs out; no matter what, do not negotiate, compromise or work together and nothing changes.”

RMEF’s take on federal bureaucrats is “Lack of Resolve – Some within public land management fundamentally oppose active management of forest and range resources in favor of ‘preserving landscapes.’ RMEF believes certain landscapes must be conserved and managed to develop the types of diverse ecosystems elk and other wildlife need to thrive. Man inhabits the landscape thus we have an obligation to steward and manage our natural resources.”

There is no doubt that federal land management is hamstrung by the litigious efforts of organizations that sue to block timber sales or to keep species such as the gray wolf on the Endangered Species List. It is true as well that some (if not all) bureaucrats allow their personal biases to shape their land management decisions. But these are symptoms of the malaise affecting land management and not the roots of the disease.

Collaborative efforts by all parties who have a stake in science-based resource management may achieve impressive results. A good example is 2015’s much touted Sage-Grouse Initiative, where public agencies, ranchers, conservationists, state governments and many others worked together to develop plans to protect what remains of the West’s vast sagebrush ecosystem, which is threatened by agricultural conversion, energy development and urban growth. By protecting habitat for a keystone species, the sage-grouse, the collaborators found a way to save a landscape essential to the survival of many western wildlife species that was socially, economically and politically palatable to diverse human special interests.

Another western example has been the recovery of the native Arctic grayling in Montana’s Big Hole River. Outdoor writer Ted Williams recently reported the U.S. Fish and Wildlife Service has considered adding the handful of remaining grayling populations in Montana and Wyoming to the Endangered Species List since 1982, but that collaborative efforts in the Big Hole watershed, which is 90 percent private land, have led to a three-fold increase in the river’s grayling population during the last decade. The landowners collaborated with state and federal agencies, as well as conservation groups like Trout Unlimited and The Nature Conservancy to restore habitat and develop ways to irrigate agricultural lands and keep water in the river for fish. The Big Hole conservation efforts are so successful the USFWS determined in 2014 that grayling no longer merit consideration for endangered species listing.

Unfortunately, not everyone regards restoring a native fish population to preclude listing as success. Williams reports two environmental organizations, the Center for Biological Diversity and Western Watersheds, sued the USFWS in 2015 over grayling. Minnesotans who have followed the politics of the state’s gray wolves over the past decade are familiar with this scenario. Williams’ sources say the litigants seem to believe conservation can’t be accomplished through public/private collaboration and may have motives, such as shutting down some public land grazing leases, that have little to do with grayling.

By choosing to litigate rather than work on the ground with other interest groups for the betterment of grayling these two organizations illustrate the RMEF’s point about lawsuits. But I think the blame lies less with litigious organizations that those who let them get away with it. What’s really ailing our public lands is an absence of visionary and courageous leadership. Perhaps a Congress less dysfunctional than the one currently representing us could address the statutory weak points that have allowed counterproductive environmental lawsuits to blossom into a cottage industry.

Congress could also create a separate funding source for wildfire suppression, thus allowing the U.S. Forest Service to use its budget as intended: for the management of our national forests and grasslands. And Congress could give federal land management agencies the funding and policy support they need to craft local and regional collaborative conservation projects, thus circumventing contentious litigation.

Mainstream conservation organizations also need to step up to the plate. Too often they seem short of vision and courage and long on political correctness and subservience to large donors. An alternative may be the formation new, member-driven organizations that are willing to fight the good fight. This is beginning to happen.

The bottom line is that individuals whose way-of-life and/or livelihoods depend upon healthy and productive natural resources cannot be satisfied with the status quo. And they must put aside what may be great differences and work together for positive change. Instead of pointing fingers, we need to roll up our sleeves and make conservation happen. 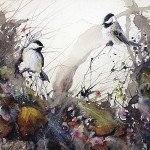 Points North: Finding a tonic, if not a cure, for FDD