Last week I went grocery shopping for the first time since September. I’d stopped by the store to pick up perishables every week or two, but this was the first time I’d roamed the aisles with a shopping cart. Sure, I’m only buying for one (well one plus two large dogs) but even on this expedition I largely skipped the produce and meat counters. My larder was already stocked with garden goods and game.

It feels good to know that you can feed yourself. On the menu tonight is ruffed grouse, perhaps with garden-grown broccoli or some other vegetable. Last night was venison spaghetti with garden-grown tomatoes, leeks and spaghetti squash. I like this time of year.

Even though some hunting seasons remain open, my desire to hunt fades after deer season. Walks in the grouse woods with the dogs are taken without a shotgun. South Dakota and its pheasants beckon, but from my perch at the tip of Minnesota’s Arrowhead they seem so far, far away. It is easier to make the long drive during the golden days of October than to pass through December’s dreariness, even though the pup could use the experience.

Some readers, especially those living at points south, may scratch their heads at my ruminations. Plenty of hunting remains available in Minnesota, from late season bow hunts for deer, to goose hunts, to pheasants, to rabbits and squirrels. If those are your traditions, have at it and good luck. I’d likely join you out there if they were closer to my home. But for now I’m content to look back at the 2015 hunting season as a memory.

This doesn’t mean I’ll disappear into hibernation. Early ice fishing around here means walleyes (aside from yellow perch, panfish are uncommon), so I may sneak out on a warm late afternoon. If not, my woodpile beckons. Six cords of birch that arrived last March needs to be bucked and split. Once the New Year arrives, it will be time to ice fish for lake trout.

Occasionally I meet outdoor folks who will say something like “I do it all,” but what does that really mean? In Minnesota, we have too many hunting and fishing pursuits for anyone to be a jack of all trades. Even if they try, most certainly they will be master of none. A better way to say it is throughout the seasons, you can always find something to do.

Most folks would say Minnesota is a four-season state, although those us who spend our free time outdoors know the seasonal changes are far more nuanced than that. April and May are spring months, but fishing for crappies, steelhead or suckers in early April is a far cry from jigging for walleyes in late May. In between you could roll nymphs for browns in a Southeast creek, soak ciscos for lakers in a far northern lake or seine smelt along the Lake Superior beaches at Duluth.

I’ve done all of those things and more in the spring, although never in the same year. The more time you spend in the field, the better you become at judging the best time to do one activity or another. In my bailiwick, I may notice a sunny April afternoon when steelhead are likely to run, a July east wind on Lake Superior that will deliver warm surface water and hungry salmon or an overcast October morning when the ducks will be flying. It’s satisfying to sneak away on days like that and discover your intuition was spot on.

There was a time when I used to spend as much time as possible enjoying my favorite hunting and fishing pursuits. Good days, bad days, it really didn’t matter. I was out there, giving it my all. Over time, a few things happened to temper my enthusiasm. First, I noticed my fingers became stiff and sticklike when the temps were below freezing, no doubt the result of too many days of cold, wet hands. Second, I started asking myself questions like “What am I doing here?” on those days when it was obvious the fish weren’t going to bite or the ducks weren’t flying. No doubt I learned a trick or two for making the best of an off day, but most often the answer to myself was a sheepish, “I dunno.”

Most importantly, additional responsibility crept into my life: people who needed care, a stint as fire chief and the endless duties of a business owner. My outdoor time, once endless, seemed to slip away. Often it was less important to sneak away for a couple of hours of fishing than to make sure the dogs got out for a long walk. I discovered fresh air tastes just as good either way.

I didn’t stop hunting and fishing. But I learned to make better use of my time. Instead of pounding it day after day (a notable exception being the firearm deer hunt), I became satisfied with my good hunting and fishing experiences. My measure of success became the quality of a day afield rather than a several-week tally of fish caught or birds killed. It was a conscious effort to derive greater enjoyment from the time I spent out there.

Doing so rekindled my enthusiasm for hunting and fishing. When I watch the sun sink into the prairie at the end of a golden South Dakota day, it doesn’t really matter if my game bag is heavy with a limit of roosters. I’m just happy to be there, doing what I love. That’s what really matters.

When you’ve spent a lifetime outdoors, the rhythm of the seasons becomes a part of your soul. You relish moving quickly enough to warm up when crossing a Boundary Waters portage on a below-zero morning and get intoxicated with the sweet smell the balsam fir shading a brook trout creek on an evening in June. You can laugh at the same stale inside jokes at deer camp year after year and you can spend a little quiet time at a familiar place thinking about those who no longer come there with you. Oh yes, my enthusiasm for hunting and fishing continues. 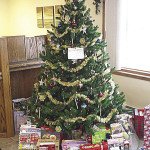