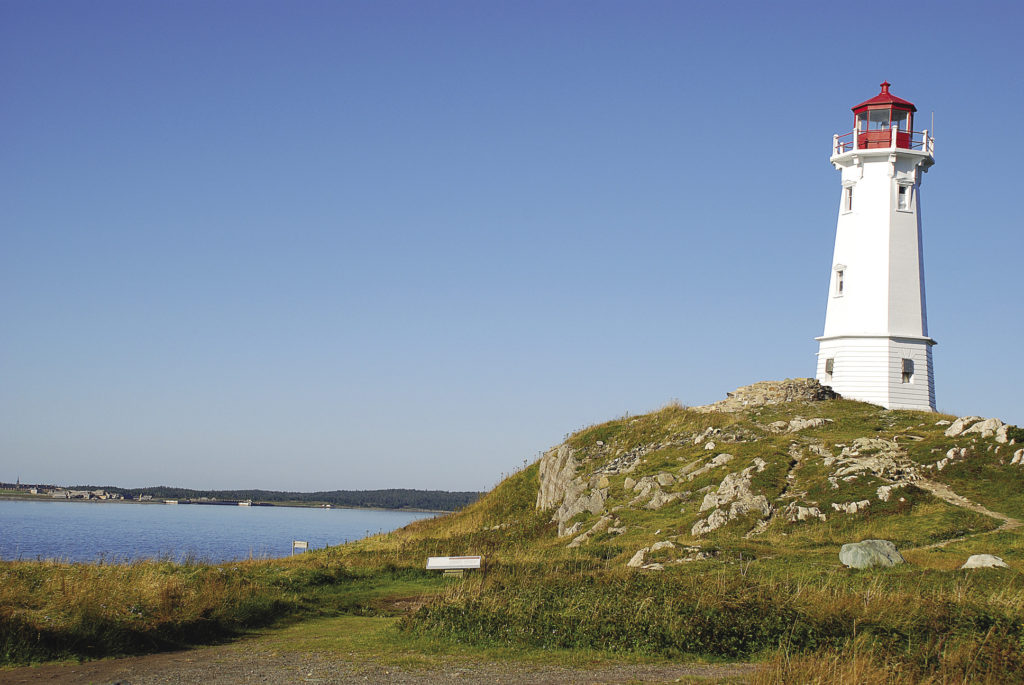 Drive the Cabot Trail scenic highway and it is easy to see why Cape Breton Island has been ranked No. 1 on the list of Top Island Destinations by Travel & Leisure, and the Cabot Trail as one of the world’s most beautiful roads. The island is 10,311 square kilometres (3,981 square miles) in size, and connected to the mainland Nova Scotia by the rock-filled “S”-shaped Canso Causeway over the Straits of Canso. The Gulf of St. Lawrence is on its western and northern coasts, and the Atlantic Ocean on the eastern and southern coasts. While the population is only 135,000 (2011 census), it has a rich cultural history and diversity, beginning with the Mi’kmaq who have been here for thousands of years and the Europeans that arrived after 1497 (particularly the Acadian and Scottish).

I’ve driven the Cabot Trail and it is truly the ultimate Canadian road trip.

After crossing the Canso Causeway, which links Cape Breton to the Nova Scotia mainland, and driving 140 km on the west Cabot Trail, we stopped at the small Acadian town of Cheticamp, to see the work of ‘hookers.’ This is considered the world’s capital of rug-hooking. First stop was at the world-famous Les Trois Pignons Cultural Centre, a ‘wow’ kind of place. The centre included wall-size, hand-hooked tapestries, including one titled “Centennial,” created with 7 miles of yarn, 416 colours, 1.75 million stitches and covering 68 square feet. It also includes the wall-size U.S. Presidential History that displays 34 presidents and their seals.

Continuing on the Cabot Trail, we stopped at the beautiful Inverness Beach, one of the best places to beachcomb for colourful sea glass (also called mermaid’s tears) originating from an ocean town dump that closed 50 years ago. Did you know that red and yellow are the rarest of sea glass? The gorgeous beach stretches for about a mile with pretty sand dunes and a boardwalk.

At Glace Bay, we visited the Cape Breton Miners Museum, where Abbie, a retired 70-year-old coal miner, in great storytelling style, told about his 48 years in mining. Sometimes funny, sometimes poignant, he told it as it is—the working reality of a miner’s life. He talked about the strong camaraderie among the miners working miles out under the Atlantic Ocean, the horror of methane gas explosions and his buddies who had died. And the big fire of 1984, where he was lucky to escape, but 15 men didn’t.

“Why did I go back down again?” he asked the group. “I had no education, what else would I do?” Abbie then invited our group to step back in history with him on an experiential quarter-mile underground tour of Ocean Deep Colliery, located beneath the museum building. The museum also houses an exhibit area, including a fascinating display about Fraser, the pit pony who worked underground for 20 years. 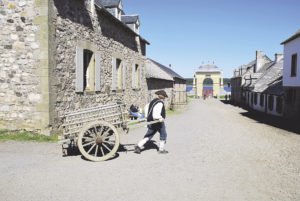 One of the highlights on the eastern side of Cabot Trail is the sprawling Fortress of Louisbourg National Historic Site of Canada. This is the largest reconstructed historical site of its kind in North America and a great place to spend a day. Founded by the French in 1713, the fortified walled town during its heyday had more than 4,100 residents and was the capital of the French colony known as Isle Royale; in 1758, 27,000 British troops captured it from the French The reconstructed site is massive in size, covering 12 acres with 60 buildings (25 percent of the original Fortress site). Costumed interpreters walk the streets, talking to visitors, just like they would have done in 1744.

Almost everywhere you go on Cape Breton Island, there are Ceilidhs (social gatherings) with traditional Gaelic folk music, singing, and even dancing, such as Glenora Distillery in Glenville (Canada’s first single malt whisky distillery), where each afternoon and evening there is a Ceilidh with fiddle and piano. The Barn at Normandy Inn in Margaree Valley is also famous for its fiddler concerts and Ceilidh dance.

There’s so much more to see and experience on Cape Breton Island. From sailing on beautiful Bras d’ Or Lake, visiting Baddeck where Alexander Graham Bell lived most of his last 37 years (the great 10-acre Bell museum is here); kayaking on the North River, and photographing fishing boats at Neil’s Harbour, to visiting the Gaelic College of Celtic Arts and Crafts at St. Anns (only one of its kind in North America), or MacIsaac Kiltmakers in St. Peter’s (did you know there are over 4,000 tartans registered, but only 500 have been woven?)

Preparing for the Compassionate Hunt