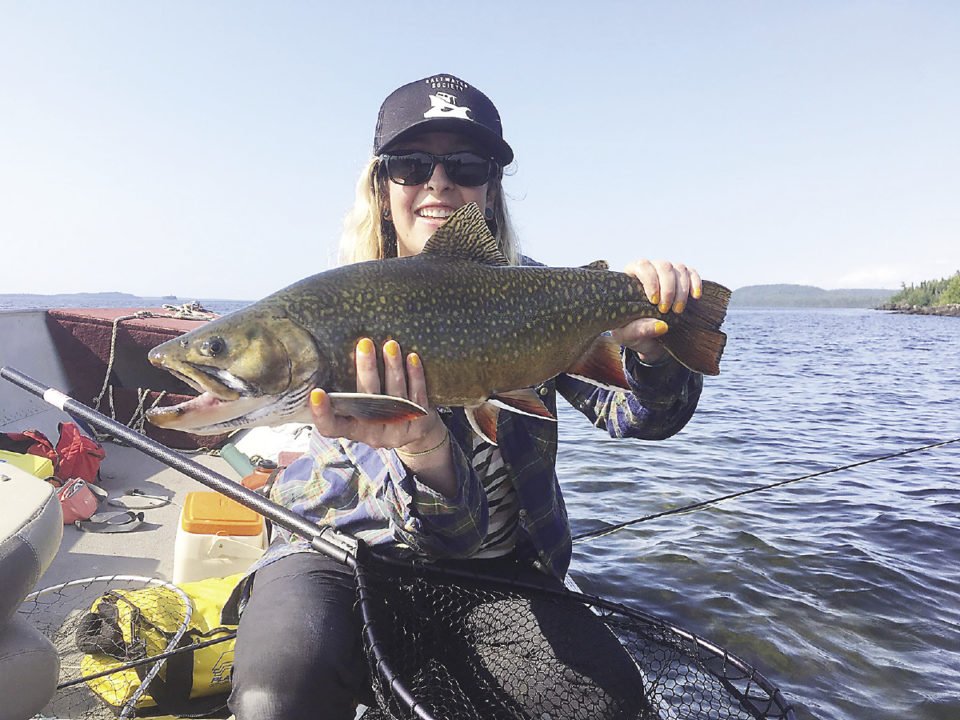 We needed to change our luck. Our first day of fly-fishing was a bust, because we were plagued by high flows from an upstream dam release. My fishing partner, Sarah Ferguson of Thunder Bay, had a big brook trout chase her fly, but not strike. It was the high point of a long day of casting.

For Day Two we decided to explore some new water—new to us, anyway. We knew it entailed a long run across big water with hidden rocks along the way. I didn’t want to discover any of them with my outboard’s lower unit. Another truck towing a boat pulled up behind us at the landing. Out of courtesy, I walked over and asked if they wanted to launch ahead of us.

“No. Go ahead. We have a lot to load up,” an older gentleman told me. Then he asked, “Where are you going?”

I told him. He asked if I’d been there before. When I answered no, he made a generous offer.

“We’re going to our camp up there,” he said. “Why don’t you follow us so I can show you where the rocks are?”

That sounded good to me. The old man’s name was Richard. He said the camp had been in his family since the 1940s. He’d been going there for over 60 years. On this trip, he was accompanied by one of his sons, Mark, and a grandson, Hunter, who was seeing it for the first time. They’d made a long drive up from Michigan to get there. For the old man, it was clearly a homecoming.

“I’ve fly-fished all over the world,” he said. “I haven’t found a place I like better than here.”

As we readied the boats, he said, “When we get to camp, you’ll see our docks. You are welcome to pull up and fish from the rocks along our shore. You won’t need waders.”

It was calm and sunny with hardly a ripple on the water as we started out, following Richard’s boat. The boreal forest rose up from the rocky shoreline. A bald eagle passed overhead. About four miles out, the old man paused to let me pull alongside, then showed us the lay of the first shoal. With a sweep of his hand he warned us about an expanse of water to the north.

The route was easy, once you learned the places to avoid, so we soon reached the old, but sturdy docks. We helped the three men unload their gear and carry it up a short hill. Then Sarah grabbed her fly rod and headed for the rocky shore. I stood outside the ancient log cabin and listened to old stories from my new friend. We watched two men fishing with bait and bobbers from an anchored boat just offshore. They were catching and releasing brook trout.

When I caught up with Sarah, she was casting into the same place as the men in the boat. It wasn’t long before she set the hook into a big brookie. Unfortunately, it broke her leader.

“I knew better than to trust that tippet material,” she said.

We fished from the rocks for awhile without more action, then decided to launch the boat and explore. Walking past the cabin, we met Richard.

“We brought some fresh peaches and sweet corn from Michigan,” he said. “We’re having them with grilled hamburgers tonight. Why don’t you join us for dinner?”

We said yes and went fishing. First, we anchored in a place where we encountered a huge school of lake whitefish swimming just beneath the surface. The big streamer flies we cast for brook trout attracted a couple of half-hearted strikes from the whitefish, but we didn’t catch any. We didn’t catch any brook trout, either. The August day became about as hot as it ever gets in the North. The only one in the boat enjoying the blazing sun was Sarah’s pug, Frank. He curled up on an extra life jacket and snoozed in sun-baked content.

We were well into our second day of fruitless fishing. Perhaps we would’ve given up if not for the promise of dinner. But probably not, because we know that big brookies on the fly rarely come easy. You’ve gotta work for them.

Eventually, we anchored where the two bait fishermen had been fishing. It was late afternoon and the sun was losing its intensity. Occasionally, a brookie would break the surface, assuring us they were down there. Working a Clouser minnow along some submerged rocks, I finally had a strike, setting the hook into a very stubborn fish that was reluctant to meet me at boatside. Eventually, Sarah slipped it into the net.

Concerned the somewhat warm summer water temperatures could be tough on the trout we released, we’d agreed to keep the brookies we caught in the water and quickly let them go. I slid the barbless hook from its jaw and snapped a quick picture of a brookie that probably measured about 21 inches. Then Sarah let it swim out of the net.

Catching a fish after a long dry spell rejuvenates your enthusiasm. We began casting with new found anticipation. Soon Sarah set the hook. And a rapid-fire monologue began.

“Holy! Holy! This feels like a big fish! He just slammed it! Take your time, Sarah…it’s ok if you lose it… Holy! Holy!” she said.

I decided it was best to keep my mouth shut and resist all urges to offer advice. It was clear she was tied into a nice one. Starting from deep water off the bow, the brook trout moved first toward the shoreline and then toward the stern. I caught a glimpse of it beneath the water. Yes, it was big.

Her question was best left unanswered. Then the trout boiled just beneath the surface. It looked like an underwater explosion. Suddenly, the fish made a beeline behind the boat for deeper water. I quickly ducked as Sarah’s line passed over my head.

“I didn’t see that one coming! Holy! Did I hit you? Get ready with the net!”

I picked up the net and stood at ready. The fish still had plenty of fight in it.

“Get the net down to the water! I’d feel better about that.”

I complied, then waited. The brookie was closer to the boat now, but staying deep. Sarah was able to work it up, but the fish saw the net and darted for the depths. The second time it came up, she led it into the net. As I lifted the net, the weight surprised me.

Sarah quickly removed the hook and took a couple of pictures of the trout in the net. She was ready to let it go.

“I think you should get a picture of this one,” I said.

She handed me her cellphone.

With deftness that you only acquire by handling lots of large trout, she lifted the brookie and held it for a picture. As she put it back in the water, I pulled out tape and did a quick measurement as she released it. The length was 25 inches.

Yes, you read that correctly: a 25-inch brook trout.

Large brook trout really bulk up when compared with, say, a steelhead of the same length. This was an especially burly male. Although we didn’t have a scale, I’m sure that brookie weighed eight pounds, possibly more.

Our new friends had watched the battle from their camp and shouted their congrats. It wasn’t long before they called us in for dinner. We talked about the big fish around the ancient dinner table, but mostly we listened to Richard as he told us about his family and the history of the place.

We parted company after the meal, with everyone heading out for an evening fish. We went back to the place where the whitefish schooled. Big trout broke the surface now and again, but we couldn’t convince them to bite. We talked about the big brookie, how lucky we were to visit the old camp and the unexpected generosity of strangers. I hooked a whitefish on a streamer, but lost it near the boat. And that was the end. It was time to run back to the landing in the lingering daylight. A long drive home still lied ahead.

Every fishing trip is an adventure. But once in awhile you have a day you’ll never forget. 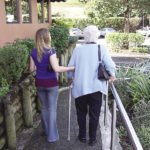 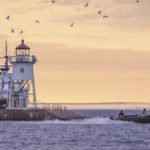 A New Generation Takes to the Water