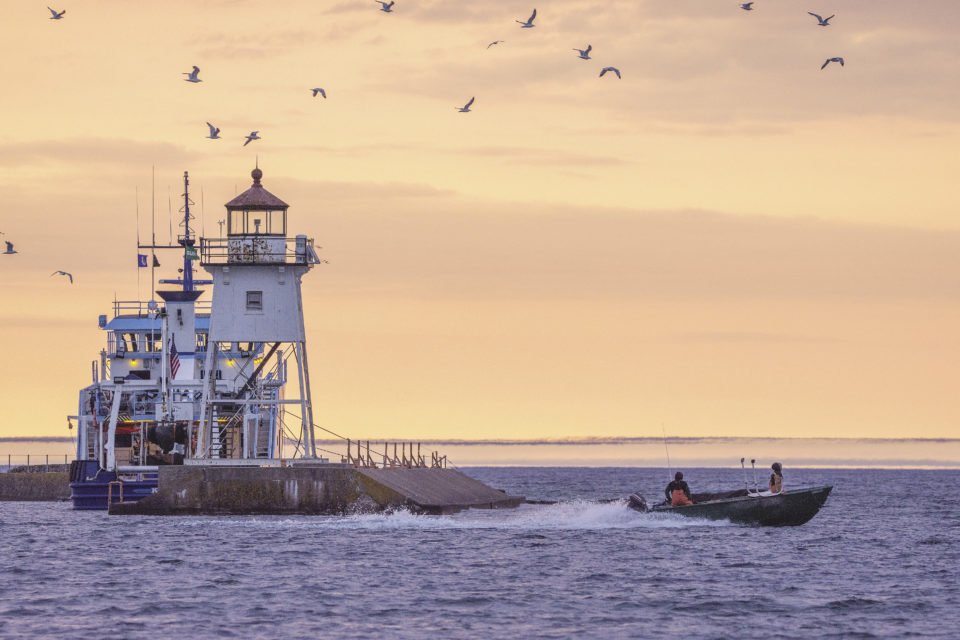 Eric Brisson gets an early start to his day. He gets up at 4:30 a.m. and heads down to the Grand Marais harbor. There he boards his boat and heads out to work—picking herring from his gill nets. Then he heads in, cleans the fish, and goes to his “real” job.

Eric Brisson holds one of the 25 commercial fishing licenses for Lake Superior, which he has had for three years. However, he’s been fishing on the lake most of his life. As a boy, he spent summers at Hat Point in Grand Portage with his grandparents, Lloyd and Fern Hendrickson, and helped out with their fishing operation. Born and raised in Cook County, he spent three years living in Two Harbors. Moving back to Grand Marais, his uncle, Ed “Ole” Hendrickson, asked him if he’d like to fish.

“It went from there,” Brisson said.

They started in July. A marine mechanic, Brisson reworked their boat’s electronics and added lights to illuminate the picking table for fall herring fishing. Working with his uncle, he was able to complete the necessary apprenticeship so he could apply for a commercial license. This is the first year that his uncle hasn’t joined him on the water.

Commercial netting is a three-season activity. Brisson started in April this year with near-shore nets for menominee (round whitefish) as well as herring nets. He’ll continue fishing herring into November and possibly December, depending if a market for herring roe is available. He doesn’t net lake trout, because the paperwork and sample collection required by the DNR is time-consuming. (Native lake trout are still recovering from a population collapse in the mid 20th Century due to predation by invasive sea lamprey and over-fishing. Data provided by commercial netters helps fish managers monitor the population.)

Fall fishing is hard work. Brisson said his grandfather had remarkably thick fingers, which he attributed to a lifetime of working in cold, wet conditions. Lake Superior is often rough at that time of year, although commercial netters are somewhat nonchalant about waves.

“It’s kinda fun,” Brisson said. “But sometimes you are out there on nice rollers and then the wind picks up. When that happens, you just drop the net and go in.”

Storms can present other risks. Brisson’s fiancé, Adrianna Berglund, joined him one day when he headed from Grand Marais down to Cascade, a nearly 10-mile run, to check menominee nets. The lake was calm, but they could see distant storm clouds. Berglund was wearing a wool hat with ties on either side. He looked up to see the ties were sticking straight up from her head.

“There was lots of electricity in the air,” he said. “We made it back to Grand Marais just before the storm hit.”

Contending with storms is one thing, coping with summer boat traffic is another. Some boaters may not be paying attention to other watercraft. When the lake is covered with fog, most recreational boaters navigate with GPS rather than radar. While GPS shows your position, it does not show other watercraft, as radar does. Brisson said he happened upon an angler fishing from a kayak near Artist’s Point in a dense fog. A recreational boater would have had little time to react if the kayak suddenly appeared through the fog.

Lake Superior has strong currents, although few other than netters and very savvy sportfishers pay attention to them. On the day of this interview, Brisson discovered that current had pulled the outside floating net marker far underwater. This isn’t an uncommon occurrence, especially in the fall. Heavy anchors are used to hold nets in place. Brisson’s have a hook on either end and weigh about 100 pounds. Two persons can pull them up by hand, but pulling up the two anchors that secure one net is about all the physical effort they will want to do in a morning. He has installed a capstan on his boat to make the task easier.

Having learned to fish in the relatively shallow waters of Wauswonigon Bay near Grand Portage, he had to learn new techniques to fish effectively in the deep waters off Grand Marais. He sought advice from Harley Tofte, a longtime commercial fisherman. One of the things he learned was deep-water anchoring. The passing of knowledge from one generation to the next is essentially how the North Shore’s commercial fishing tradition survives.

At age 30, Brisson is a member of the new generation of commercial netters. So, too, are Tyler Smith and his brother Zach, who fish from the same dock as Brisson. The three fishermen assist one another as needed. The dock is owned by the North House Folk School and is located behind the Dockside restaurant. It is fair to say there is a significant age gap between them and the other commercial license holders along the North Shore.

But the traditions remain strong. Brisson is proud to fish from his grandfather’s boat and to continue his family heritage. Recently, he purchased a 24-foot steel boat owned by the late Grand Marais fisherman Tommy Eckel and brought it from Isle Royale, where it had been housed for several years. He currently has it at his home and shop, where he is doing repairs and modifications. He plans to use the boat this fall for herring fishing.

If Brisson sounds like a busy guy, it’s because he is one. Starting out on the lake in the morning, he then puts in a full day on his job at Almost Home Appliance/Arrowhead Outdoor and then goes home to work on boats and motors in his shop.

In his spare time, he likes to go sport fishing. This summer, he spent a week on Northern Light Lake in Ontario, where he fished all day every day. He did, however, find time to propose to Berglund. In the winter, he spends his time ice fishing along the Gunflint Trail. But being out on Lake Superior is what he likes best.

“I wake up and go out in the boat. It’s peaceful out there,” he said. “It’s my quiet time before I interact with people on my day job.” 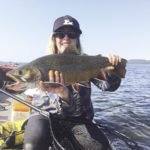 Not just another day on the water 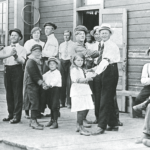 How the Railways Built Communities