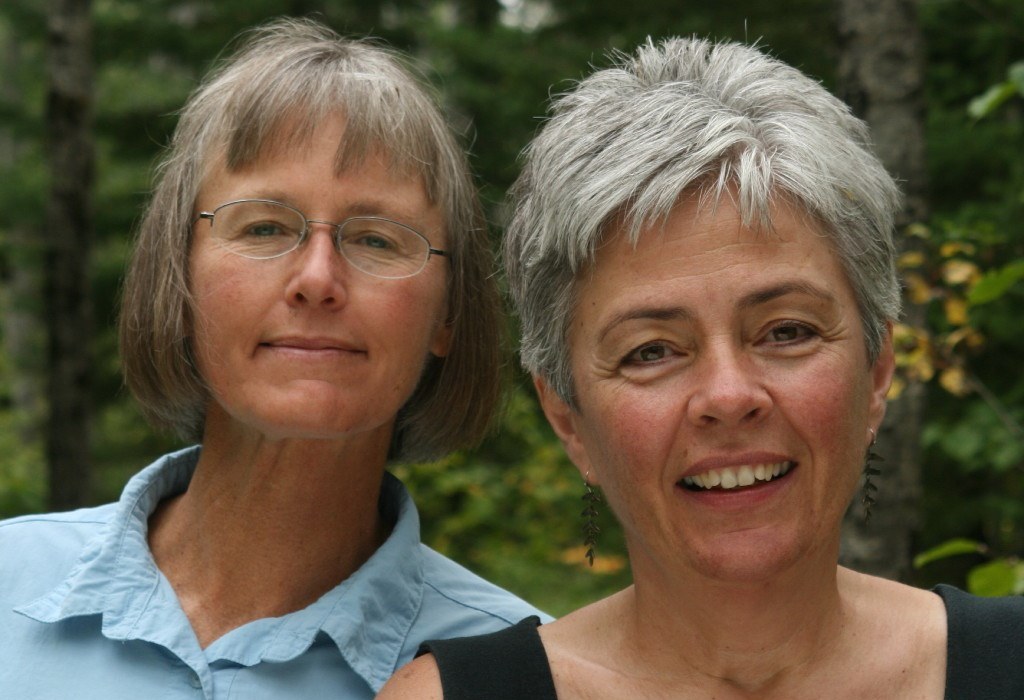 For more than a decade, my occasional conversations with Chel Anderson have included this exchange.

Me: “Are the two of you still working on the book?”

Now, we finally have something else to talk about. “The book” is complete. North Shore: A Natural History of Minnesota’s Superior Coast by Chel Anderson and Adelheid Fischer was recently published by the University of Minnesota Press. This definitive work was nearly 20 years in the making. A single volume weighs five pounds.

Obviously, this is not a summer read you take to the beach.

If you have an interest in the North Shore’s many wild mysteries, this is a book that you will keep on the shelf and return to time and again. Anderson and Fischer have told the story of the Shore from the origin of the ancient volcanic rocks that make up its rugged spine to the modern challenges presented by tourism development. Their writing style is intelligent and comprehensive, yet accessible to the average reader.

The two women have different skill sets. Anderson is a biologist and ecologist who has lived and worked on the North Shore since the 1970s. Fischer, a writer, is a former Minnesota resident now living in Phoenix. The pair met by happenstance at Tofte resort over 20 years ago and formed a lasting friendship. Discovering a mutual fascination with the North Shore, they decided to collaborate on book. And so it began.

What makes the book particularly compelling and relevant is that it explores the ongoing intersection of the North Shore’s natural history and human history. While the North Shore remains the wildest corner of Minnesota, the nature of the place has been profoundly affected by people. That is the story the women wanted to tell.

Fischer says the ancient forces—volcanic action, glaciation, etc.—has shaped the character of the North Shore and its present economy. Around the lower Great Lakes there was arable land suited to farming. On the rocky North Shore, early settlers relied on what the land and waters provide: forests, fish and minerals. The use and, as they point out in the book, misuse of those natural resources continue to shape the land today.

A prime example is the North Shore’s signature birch forests, which sprouted naturally in the wake of extensive human activity. The forests the early settlers found were compromised largely of conifer species such as pine, cedar and spruce. After the initial harvest of this forest, massive wildfires burned the slash debris left from logging operations. Today’s birches sprouted from the blackened soil. Birch is a short-lived species and now, nearly a century later, those on the North Shore are dying. And no new trees are growing up to replace them. Instead, a native plant, blue joint grass, is dominating the forest floor and stifling forest regeneration. The process is also complicated by the presence of white-tailed deer, which migrated northward following early logging, displacing the native woodland caribou. Deer browse on woody vegetation, while caribou fed on moss and lichens.

Anderson, a widely respected plant ecologist, says you can see places where grass has replaced the trees as you drive along Highway 61. She says restarting the forest is a big challenge.

“We need more understanding of how to deal with such places,” she says.

While profound changes have occurred to the nature of the North Shore in the past century, Anderson says the area hasn’t lost many native species. Unlike many other places, the original flora and fauna persist and even thrive. Even some species on the brink of extirpation have returned.

Anderson and Fischer tell the story of the restoration of two of Lake Superior’s native fish, lake trout and coaster brook trout. Lake trout were decimated by a combination commercial overfishing and predation by invasive sea lampreys. Brook trout suffered from recreational overfishing and habitat degradation. Efforts by fisheries managers have allowed both species to recover.

“We always hear Lake Superior is nutrient-poor and think of it as a simple system, but it is incredibly complex,” Fischer says.

Waxing somewhat philosophical, Anderson says, “We tend to compare things. We can compare to Superior to Mille Lacs, both are lakes. Or we can compare a northeastern Minnesota forest to a tropical forest in Brazil. But comparisons are not that useful. The differences really matter.”

When asked what coming challenges—excepting the obvious answer of climate change—face the North Shore, Anderson pointed to recreational development. As an example, she said coaster brook trout were nearly wiped out by recreational fishing pressure 100 years ago. Today, recreation has become the North Shore’s primary industry. While the growth of that industry can benefit North Shore communities, the development of recreational amenities must be sustainable.

Currently, there is an emphasis on building trail systems for a wide range of recreation users, from mountain bikers to snowmobilers. Anderson says then the new trails are promoted as reasons to visit the North Shore. Then all of the trail users must be accommodated when they arrive. In her 40 years on the Shore, she says the expectations for accommodations have changed. Where a rustic cabin once sufficed, luxury accommodations are now the norm. Part of the challenge going forward is ensuring the demand for luxury doesn’t destroy the North Shore’s natural qualities.

The authors remain optimistic about the future.

“There are a lot of challenges, but at the same time there is so much to work with,” Fischer says. “The North Shore’s ecosystem is largely intact; all of the parts are still there. This isn’t true on the Lower Great Lakes.” 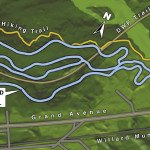