Most readers of this publication are familiar with the work of the Lessard-Sams Outdoor Heritage Council, which evaluates habitat project proposals and makes recommendations to the Minnesota Legislature, which funds projects with monies derived from the 1/8 of sales tax dedicated to the Legacy Amendment. What you, dear reader, may be less aware of is how the rest of the Legacy Amendment money is spent.

Some folks in the outdoors community have a knee-jerk negative reaction to the dedicated arts funding, either believing it to be frivolous or unfairly taking money that could be spent on the outdoors. Actually, the Legislature slightly increased the amount of the sales tax so dedicating money to the arts wouldn’t take away from the outdoors. And a closer look at Legacy arts funding reveals it is having positive results in communities across the state.

A few years ago, I had a conversation with former state Senator Bob Lessard. I told him that (at the time) we weren’t seeing a lot of Outdoor Heritage funding on the North Shore. What we were seeing was significant Legacy spending on local arts and cultural nonprofit organizations. The money was being spent wisely, because the nonprofits were using money in ways that spurred tourism on the North Shore. Ok, I’m not making this up. Lessard, who was no fan of the arts when he was trying to shepherd a habitat-based Legacy Amendment through the Legislature, just beamed when he heard the Legacy arts funding was improving northern Minnesota tourism.

Anyone who has visited Grand Marais during the past five years knows what I mean. While the town retains its village-by-the-lake charm, it has the vibrancy of a growing community. Tourism is the economic mainstay, but the days when those visitors were primarily Boundary Waters canoers or groups of guys going fishing are long past.

Sure, people still come here to paddle or cast, but today’s tourists are more often looking for a different experience. They take classes at places like the Grand Marais Art Colony or the North House Folk School. They go shopping in art galleries and upscale shops. Then they seek a “dining experience” at one of a dozen restaurants. All of this in a town of 1,200 permanent residents situated a long way from anywhere else.

While the change in Grand Marais reflects a broader change in demographics and how people choose to spend their free time, Legacy Amendment funding has played a significant role in helping the local nonprofit organizations move their missions forward. Sheila Smith, executive director of Minnesota Citizens for the Arts, says about 10 organizations in Cook County, of which Grand Marais is the county seat, have benefitted from Legacy funding. She is currently working on a study to quantify the economic impact of the arts on the county’s economy.

“We are the bright, shining star of the prairie where the arts are concerned,” Smith says.

Artists in other states are taking notice. There is anecdotal evidence that creative types are moving to Minnesota to find a place in our thriving arts economy. For example, Minnesota has 5.2 times the national average rate of employment in the publishing industry, making it number one in the country. Some of those jobs, it should be noted, would be with the outdoor publication you are currently reading.

A 2015 report, The Health and Impact of the Nonprofit Arts and Culture Sector, by Creative MN, studied 1,269 organizations statewide, with nearly half located in Greater Minnesota. The organizations include the performing arts, visual arts/architecture, history and historical preservation, literary arts, media and communication, the humanities and more. These organizations have direct expenditures of $696 million.

Every dollar of state investment, such as Legacy funding, is matched by $5.11 from other sources, including local government and tribal support, ticket sales and contributions. In turn, the arts produce $100.6 million in state government revenues and $26.6 million in local government revenues. Arts and culture support 33,381 jobs in the state, generating residential household income of $827,151,000 and an additional $36,618,540 in other contract and payments to individuals, such as commissions, contracts and grants.

Minnesotans appear to be well served by arts expenditures. Total attendance to arts and cultural events is about 18.9 million. While the bulk of the attendance occurs in the metro region, arts events are available throughout the state.

Minnesota has 42,189 artists, representing 1.5 percent of the workforce, which is better than the national average of 1.2 percent. According to the National Endowment for the Arts, artists are 3.5 times more likely than the total workforce to be self-employed. They are generally better educated than other workers, but less likely to have full-year or full-time employment.

The report, which is available at creativemn.org, contains regional breakdowns for the state. As might be expected, some regions have more arts activity than others, but perusing the reports shows Legacy arts funding is making it to every corner of the state. While the arts will never have the economic impact of agriculture or health care, the widespread availability of the arts makes Minnesota a better place to live.

The same may be said of the Legacy funding spent on habitat, clean water or parks and trails. Indeed the Legacy Amendment was a collective investment in Minnesota’s quality of life. Smith, who was active in the effort to pass the amendment, puts it this way.

“During the Legacy campaign our polling proved that the same people who support the arts and culture also support and enjoy the outdoors, and vice versa,” she says. “Minnesotans appreciate both and that’s why we love living here.” 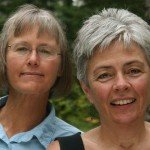 New book tells the story of the North Shore