Listening to the drumbeat from the moccasin telegraph, it seems some Minnesota deer hunters, especially in the north, are less than enthused with the DNR’s whitetail bag limits for the 2017 season. These hunters feel the agency is being too aggressive in ramping up the antlerless deer harvest, either through issuing antlerless tags or so-called hunter’s choice (any deer) rules.

Many hunters think the herd is still recovering from previous harsh winters, hindered by a dearth of young forest habitat due to reduced logging and by a healthy (and hungry) wolf population. They would prefer a more cautious approach to bag limits, such as bucks only or limited antlerless permits. In the northeast, there is widespread concern as well that the DNR intends to keep deer numbers low in hopes of encouraging growth in the moose population. How well such a strategy may work remains to be seen.

That hunters concerned about deer management is understandable, given the pursuit of deer is far and away the most popular form of hunting. Also, the overall deer population and subsequent annual kill has been sub-par for several years. For some hunters, satisfaction is based upon seeing lots of deer and having a good chance of shooting one. To be fair, DNR wildlife managers are faced with the difficult tasks of satisfying the hunters who support them through license sales, controlling the spread of worrisome chronic wasting disease, preventing deer from becoming overabundant and keeping the peace with farmers, gardeners and foresters, by preventing or at least limiting deer depredations.

While deer debates can consume hunters, wildlife managers and others, they are not the most important issues facing hunters in the state. Due to a relatively healthy statewide whitetail population, the future of deer hunting appears secure. The same may not be true for all aspects of Minnesota hunting.

Last week, Minnesota Outdoor News reported small game license sales took “a tumble” in 2016, continuing a nearly 20-year decline. Especially hard hit were the sales of duck and pheasant stamps. About 67,000 hunters went after ducks last year, while about 60,000 hit the fields for pheasants. In comparison, the number of existing duck hunters is now less than half of the DNR goal of 140,000 hunters set a decade ago. Last year’s number of pheasant hunters also was roughly half of what it was a decade ago.

While we can come up with all sorts of sociological reasons why there are fewer hunters, one cold, hard fact is sometimes overlooked. Duck and pheasant hunting just ain’t what it used to be. Where Minnesota once boasted of harvesting over a million ducks annually, last year’s harvest barely topped 600,000 birds. This, in spite of more than a decade of relaxing hunting regulations to make it easier for hunters to kill ducks. As for pheasants, last year’s kill was about a third of what it was a decade ago. In both cases, the harvest declines are hardly the fault of the DNR, but are largely the result of substantial habitat loss across the state’s agricultural region. Without habitat, the place where wildlife lives, you have less wildlife on the landscape.

This simple truth sometimes seems to be beyond the comprehension of most hunters, indeed most Americans, who, despite an appreciation of the natural world, have very little understanding of how it works. For instance, I once heard an avid hunter pronounce that what pheasants really need is more corn. He looked puzzled when I explained what they really need is ample grasslands to nest and raise broods, plus permanent cover that provides shelter from winter storms and cold. After all, he’d grown up hunting pheasants in big parties that made drives through fields of standing corn. Based on the few days he spent afield every October, this was where pheasants lived.

The connection between good habitat and hunting success is so strong that I wonder if we would do more for the future of hunting by emphasizing habitat conservation rather than holding kiddie hunts or making similar attempts to attract new, young hunters. With habitat, you have game. When game is abundant, so are hunters, especially in an outdoor-oriented state like Minnesota. Just look at the numbers listed above.

Minnesota has done a better job than any neighboring states at creating a permanent habitat base through the public acquisition of wildlife management areas across the agricultural region. Not only do these lands provide people with places to hunt, they are often the best and perhaps only year-round habitat available to wildlife. These public areas have almost certainly helped maintain pheasant hunting, even at its much-reduced level, in recent years.

As for ducks, we may never recover our former abundance of hunters and ducks. Our current strategy of shooting our local birds (next year’s brood stock) with early seasons and generous bag limits, coupled with permanent habitat loss due to wetland drainage, seems to ensure that the good old days are forever behind us. A cynic might observe that today’s Minnesota duck hunters (some of whom hold positions of authority with the DNR) seem to have the attitude of “Hey, they didn’t save the buffalo for us.”

Still, now is not the time for conservation-minded hunters to throw in the towel. We are still better off than we were a century ago, when the first conservationists rolled up their sleeves and began the hard work of restoring America’s depleted wildlife populations. Then, as now, there seem to be too few conservationists to get the job done. That said, there are opportunities to accomplish great things.

A starting place is the 2018 Farm Bill, where there is interest among farmers and hunters to increase the amount of land set aside in the Conservation Reserve program. The loss of CRP during the last decade go a long way to explain the current state of pheasant and duck hunting.  Also needed right now is a strong pushback against the Trump Administration’s attempt to roll back protections for headwater streams, prairie potholes and other water-related wildlife habitat by overturning the Waters of the United States rule.

Figuratively speaking, the political destruction of wildlife habitat, which is what occurs through poor execution of the Farm Bill or Clean Water Act protections, is really no different than having those same politicians rip your shotgun from your hands and smash it against a rock. You wouldn’t let them get away with that, so why would you let them destroy the wild places you love? 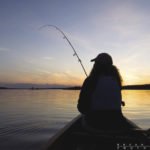 The Legendary Buffalo Bill and His Connection to Duluth