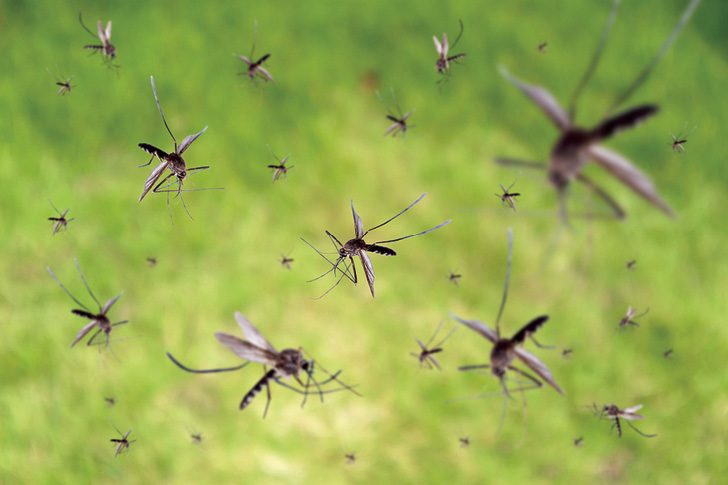 The North Shore is a place that must be accepted on its own terms, including the wet weather, cool days, cold nights and unrelenting, biting black flies and mosquitos. Only once you accept—not conquer—the challenges of the wild do you truly learn to enjoy this place we call the North Shore. | STOCK

On the North Shore, a calendar month is little more than a series of small squares on the pages.

Consider the month of June, which ought to be the first month of summer. Occasionally it is, but more often it carries subtle reminders of a lingering winter. Frequently, the weather is nicer in May, even though the snow might be melting from the lakes and forests. The big difference is that May usually has more sunshine. June tends to be cool and wet, often right up to the end of the month or nearly so. It may be July before the sun shows its sunny side again.

June weather rarely defers the biting bugs, especially during a wet year. Most famous of the June insect crop are the black flies, which generally dominate the woods for about two weeks. Nothing seems to deter their attack on warm blooded creatures. And no, they do not play a key role in the fertilization of blueberries. If the varied species they feed upon could communicate with one another, most likely they would agree the true role of black flies is to torment most everything else. As terrible as they may be on the North Shore, there are other places further north where they are far worse.

The same is true of mosquitoes. The first ones typically appear just as the snow is melting, but that crop is slow and not particularly aggressive. If you are new to the north, they might fool you into thinking that mosquitoes are overrated. You will soon learn differently.

The first wave of aggressive mosquitoes often shows up around the time the worst of the black flies are beginning to let up. That’s when you realize you are in for the long haul. This bug battle isn’t for sissys.

So how do you fight to win? The first step is to get to know your opponent. Black flies and mosquitoes don’t appear in equal abundance everywhere on the landscape. Early mornings and late afternoons are often when they are at their worst, especially mosquitoes. Dark spots where they can get out of the wind are favorite hangouts. Such places are all the better to attack you.

An effective strategy, when prudent, is to simply stay out of the woods after a recent bug hatch (typically after a rain or wet spell) or during the June time frame when they are at peak abundance—especially black flies. Maybe delay your canoe trip by a week until the black flies are starting to let up. If you must be out with them, spend as much time as you can in open, breezy places. The bugs are dissipated by the wind.

Without a doubt, the best defense against the biters is to cover your body with insect deterring clothing, including head and hand gloves—this is no time to make a fashion statement. Also, use an effective bug repellent. Some folks shy away from part two of this advice due to concerns about health risks associated with chemical repellants. An abundance of research suggests commonly used chemicals are safe for the vast majority of folks.

The most popular product is known as DEET. If you don’t like bugs, it will keep them at bay. Depending on the strength of the DEET formula you choose, you may need to apply it at regular intervals. In the evening, when mosquitoes are so active you can hear them buzzing overhead, applying 100 percent DEET products is without question the best bet. Some folks choose to try a plethora of natural products claimed to be effective repellents and may claim success in doing so. There seems to be little information to back up their claims.

Of course, you can always go back to old time methods, such as smearing yourself with a combination of animal fat and tar. Some old-time brook trout anglers still swear by the effectiveness of potent cigars or pipe tobacco. And then there is the most-simple method of all, just grin and bear the bugs. Life-long denizens of the Northwoods often use that approach. They seem to be less bothered by black flies and mosquitoes than just about anyone else.

Whatever method of bug control you use, the way to make it effective is to make sure you want to be up north in the first place. If you visit the North Shore on a whim without a true love for the place, or a desire to acquire one, the bugs will almost certainly make you miserable. Even veterans of the Lake Superior country may be defeated if the fish aren’t biting on their favorite lake or they are weather-bound on a canoe trip. Sometimes it happens to the best of them.

June is such a lovely month just about anywhere else, that the initiated North Shore insects may well ask why anyone would choose to endure the insects and often less than pleasant weather. Heck, these days, even on the North Shore you can stay in a climate and comfort-controlled environment where the privations of the natural world are held at bay. But doing so is simply going somewhere and never reaching your destination.

Doing such a thing is an individual choice. The North Shore wild woods and waters, as well as the special people who love them, certainly won’t miss you. The North Shore is a place that must be accepted on its own terms, including the wet weather, cool days, downright cold nights and unrelenting, biting black flies and mosquitoes. Only once you accept—not conquer—the challenges of the wild do you truly learn to enjoy this place we call the North Shore. 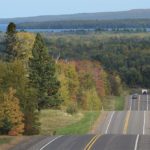