Last week, Facebook was awash with pictures of grinning hunters posing with dead critters as they poked fun at People for Ethical Treatment of Animals. The organization had posted a Facebook “photo frame” that said Shoot Selfies Not Animals. Of course, thousands of Billy Bobs and Daisy Mays used the frame to post their successful hunt pictures. Let’s give a tip of the hat to the savviness of PETA’s social media marketing team.

No, PETA isn’t secretly collecting information or photos from hunters in an effort to damage hunting. They really didn’t need to do so, because hunters did so all on their own. For the past week, I’ve been seeing hunting pictures posted in the PETA frame popping up in my Facebook feed. Usually, they contain some inane caption like, “Hyuck, hyuck, let’s stick it to PETA.” The only problem is that this line of logic is like poking yourself in the eye with a broadhead.

Think about it. I’m a hunter and an outdoor writer, so I’m not squeamish about seeing pictures of dead animals. During hunting season, I’ll even post a few hunting pics on Facebook. But, in August, I really don’t care to look at a picture of your dead deer from last year or 10 years ago. If you are covered in blood, as were some hunters I saw in the PETA frame, I don’t think you are especially manly. Instead, you appear to be woefully inept at field dressing.

Ok, so if a hunter like me is unimpressed with your attempt at PETA satire, how do you think it plays with your nonhunting Facebook friends? Lots of folks, regardless of their views on hunting, don’t care to look at pictures of dead animals. The only message they take away from your post is that you like to kill stuff and boast about it. Is that the image of you as a hunter that you want to project?

A late friend of mine once observed that “You don’t get to be the biggest muskie in the lake by rising to every jerkbait that passes overhead.” Unfortunately, on social media it is really easy to get people to take the bait. PETA made a cast. Thousands of hunters took the bait. And millions of Facebook users were shown images that placed hunting in a poor light.

Be proud to be a hunter. Post pictures from your hunts if you so choose. But use a little common sense and good taste when you do so. The best way to strike back at anti-hunting organizations like PETA is to ignore their publicity stunts. In this case, too many hunters did the opposite, spreading PETA’s message to their Facebook friends and followers.

The next time an anti-hunting organization tosses out social media bait, think before you bite. Why would any hunter want their name, their picture and their Facebook page associated in any way with the People for the Ethical Treatment of Animals?

Thoughtful observers of conservation efforts across the United States are reserving judgement on Ryan Zinke, President Trump’s choice for Secretary of the Interior. Zinke, who was formerly Montana’s lone congressman, drew praise from hunting advocates last year when he broke ranks with the Republican Party by refusing to support a party plank calling for the transfer of federal lands from public ownership. While Zinke claims to walk in the footsteps of historic conservationist Teddy Roosevelt, it remains to be seen if his actions speak as loud as his words.

And his actions are being closely watched by conservationists. So far, Zinke seems to spend more time looking backward then forward. He has ordered a review of a recently implemented sage-grouse management plan intended to keep prevent an Endangered Species listing. Focused on protecting and restoring sage brush habitat, the plan was approved by a broad coalition of partners, including the governors of the affected western states. Zinke’s review will include looking at an alternative “plan” to raise and release captive sage-grouse to meet population goals, rather than protect habitat that produces wild birds.

Zinke is also looking back at 20 years of national monument designations by past American presidents, an effort motivated by former President Obama’s controversial 2016 designation of the Bear’s Ears National Monument in Utah. The Interior Secretary made highly publicized visits to various monuments as part of the process, recommending no changes to some and, apparently, changes to others. Those changes, at this writing unannounced, are in his official report to the President.

Instead, the Department of Interior released the weirdest press release I’ve seen in three decades of conservation reporting. Titled, “WTAS: Zinke Praised for Recommendation on National Monuments,” with the subtitle, “What They Are Saying About Secretary Zinke’s recommendation to President Trump on the National Monuments,” the release is simply a collection of links to media coverage and think tank statements about Zinke. Media outlets include the Washington Post, Roll Call, Waco Tribune-Herald, Las Cruces Sun News, Washington Times and Bangor Daily News. The think tanks are Americans for Prosperity and Americans for Tax Reform.

Aside from the title and subtitle, there is no information from the Dept. of Interior, although the release says Zinke was “praised” or “applauded” no less than seven times. It is difficult to know what sort of conclusions to draw from this official missive other than this: Secretary Zinke appears to have issues with self-esteem. 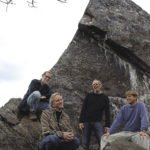 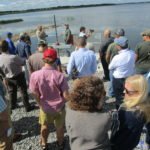