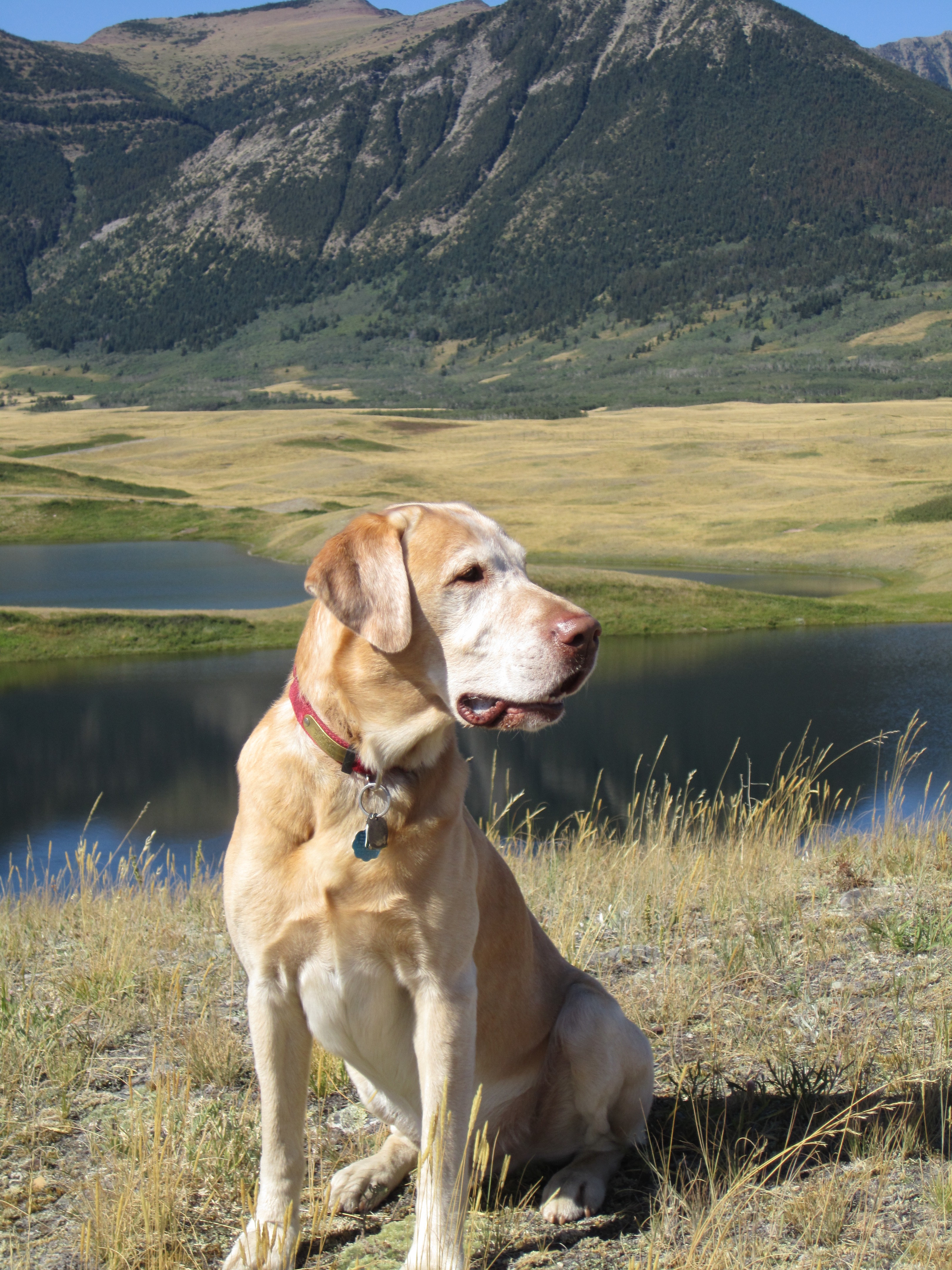 Vikki and I picked up our new puppy Tanner nearly 14 years ago. | SHAWN PERICH

You never know what you’re getting when you choose a puppy. You may get some assurances from the breeder about the pup’s lineage, but all you really know is that it’s cute. When it comes to dogs, I really wouldn’t have it any other way.

We picked up an eight-week-old yellow bundle with big paws and floppy ears from some folks just west of the Twin Cities nearly 14 years ago. We had two older dogs and decided to start the transition to a young hunting dog. We debated names for the pup as we drove north. Tanner was the name we chose.

At the time I was embarking on a new business venture, which involved lots of sales calls. The little guy went everywhere with me. His puppy-faced cuteness help open the doors of prospective customers. He also joined the two older dogs on daily runs, becoming a pint-sized shadow to my late yellow Lab, Casey. The big dog was clearly Tanner’s hero.

It isn’t long before puppies start to show their personality. Unlike some Labs I’ve known, Tanner was a team player and strived to do the right thing. Call me anthropomorphic, but conscientious is an apt description of him. Perhaps that was partly because he was at the bottom of the pecking order in our household pack. If he had a drawback, it was uncontrollable drooling from his heavy jowls, especially when he was riding in a vehicle. Annoying, yes, but a small price to pay for an otherwise great dog.

He was more than simply a hunting dog. Tanner was still a pup when my father’s cancer began to get the best of him, a situation that required weeks of home care before he passed away. Dad liked dogs better than people, so all three of ours, plus my parent’s dog were there for the ordeal. Abby, our husky-shepherd, refused to leave Dad’s side for six weeks. I think her unflinching devotion rubbed off on Tanner.

In the field, Tanner learned about grouse, pheasants and ducks from Casey. When the old dog no longer could hunt, I was confident in Tanner’s abilities. He hunted close and always looked to me for guidance. Once, a winged rooster ran across a picked field with Tanner in pursuit. When he crested a rise 200 yards away, the dog stopped and looked to me for guidance. “Get the bird!” I shouted. Tanner disappeared over the hill and proudly returned a few minutes later with the rooster. Hunting with a dog doesn’t get better than that.

But Tanner was more than a hunter. He was a good, albeit drooling companion on our travels, a patient friend to children and, as dogs go, an all-around good guy. After Casey died, Abby, the uncontested alpha queen of her domain, kept him firmly under her paw, doing things like laying in the hallway and refusing to let him pass to reach his bed. Even as Abby aged, she lived to nearly 17, he treated her with deference and respect.

To Vikki, Tanner was “Mama’s boyo.” He received lots of love and attention. When failing health prevented her from working, Tanner and Abby became her constant companions. Whether she was in the kitchen or in the garden, neither dog was ever far away. As her health worsened, the dogs stayed close to her.

Vikki’s final year was a tough one. Abby, once again, proved to be a canine care-giver. But this time, at age 16, her health was failing, too. Eventually, the day came when Abby just couldn’t do it any longer. The final visit to the vet’s office was very hard for Vikki. Then it was up to Tanner then to take care of his “Mama.” We noticed that he became more affectionate after Abby was gone, because he was no longer under her alpha paw.

The following months were ones of doctor visits, constant pain for Vikki and a failed trip to Mayo Clinic that culminated in ICU at a Duluth hospital. When Vikki came out of ICU after being told the end was near, hospital staff graciously let Tanner visit her room. From the hospital we went to hospice care at my mother’s home, where Tanner could be with her.

Time was short. On Vikki’s last day, Tanner lay beneath her bed. Family and friends gathered to say goodbye. A hospice nurse was there as well. I was leaning over Vikki as she breathed her last, yet Tanner, lying beneath the bed, knew it before me. Frantic, he crossed the room to the hospice nurse, grabbed her sleeve with his mouth and pulled her over to Vikki. Somehow, he knew the nurse was there to help, but there was nothing she could do.

Now I could rattle on about how Tanner was a great hunter and a patient companion on trout stream, because he was all that, but he was truly defined by that extraordinary display of love and loyalty when his “Mama” passed away. The hospice nurse said she hadn’t witnessed anything like it. Nor had anyone else in the room. The next day, at the mailbox I found a card and gift of dog treats addressed to Tanner. They were from the nurse.

It was awfully quiet around the house after Vikki was gone. Tanner seemed forlorn. Aside from me, all of his companions were gone. I decided to follow Vikki’s final advice. “Get a puppy,” she had said. That April, a yellow Lab pup from International Falls named Rainy met Tanner for the first time. It was the best thing I ever did for the old guy. The two dogs were buddies from the get-go. They accompanied me on adventures from the West to the far shores of Lake Superior.

Tanner really began showing his age within the past year. Even so, he continued to plod along on grouse hunts last fall. I smiled when the old-timer would find, flush and proudly retrieve a bird after his high-energy protégé had blasted right past it.

Last week, Vikki called her boyo Tanner home. It was less than two weeks before his 14th birthday. I was with him to the end, scratching his ears and telling him that he was the best dog ever. Somewhere, the people and dogs who really mattered to me are having a joyous reunion. Out here in the woods, we carry on.

Crows, suckers and the rites of spring 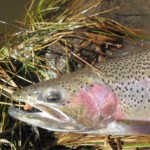 For some, all else stops when the steelhead run