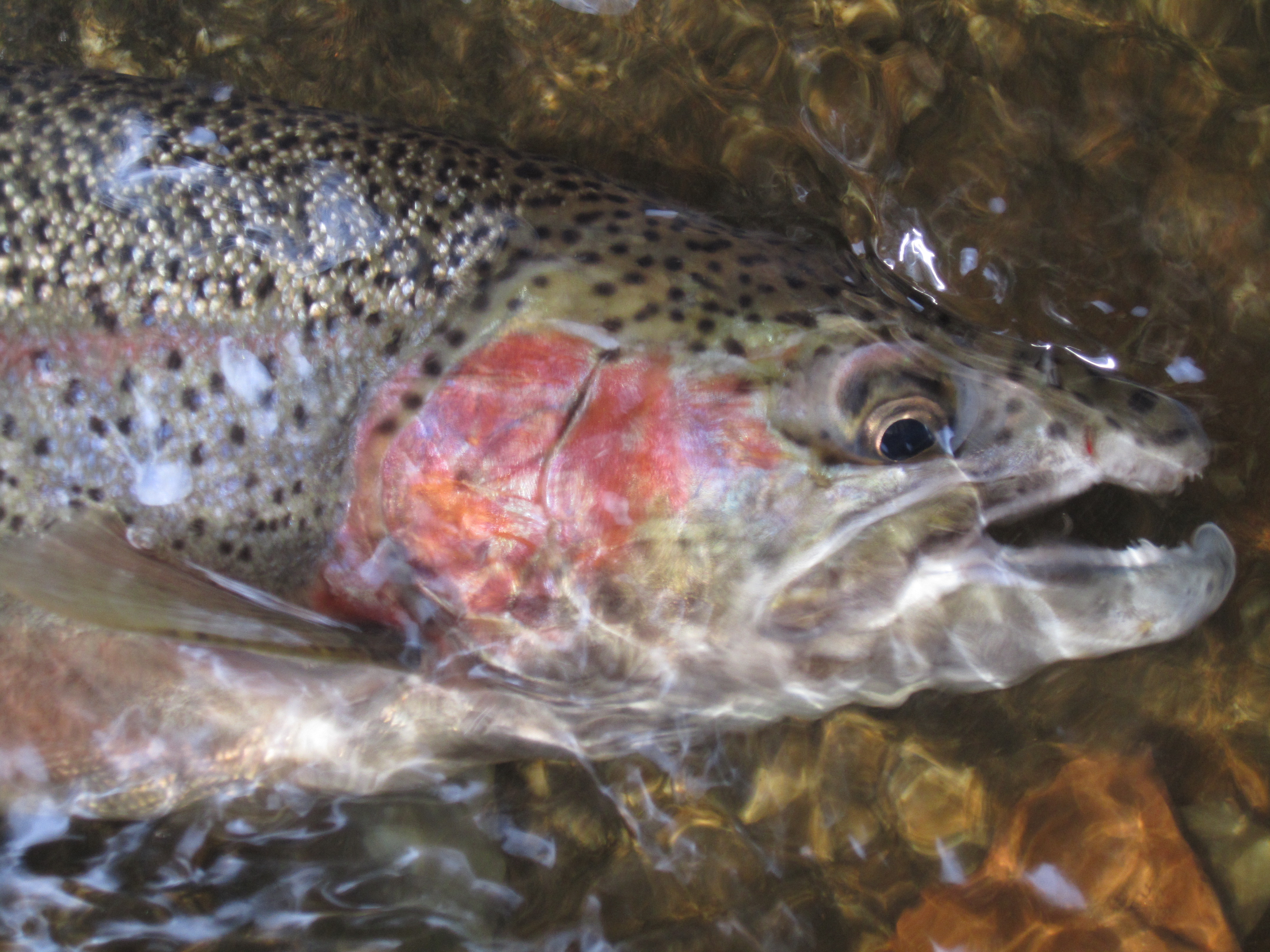 I don’t recall the last time I caught a Lake Superior Kamloops rainbow trout. In 2013, I was fishing with a friend who caught one in a tiny creek near the Canadian border. We killed it and ate it for dinner.

You can identify a Kamloops rainbow, or ‘looper’ as most everyone calls them, because their adipose fin is clipped off in the hatchery. This is the small, fleshy fin found on trout between the dorsal fin and the tail. If a rainbow has all of its fins, it is presumed to be a naturally produced, wild trout. Such fish are called steelhead.

In the realm of Lake Superior fishing, the distinction between ‘loopers and steelhead is no mere butchered fin. The people who fish for rainbow trout on Lake Superior are just waiting for an enterprising anthropologist to discover them. What they have in common is a passion for fishing in Lake Superior and its tributaries. What sets them apart is how they go about it.

The ‘looper angler fishes the Lake Superior shoreline from fall through spring, using techniques developed and refined to fool fish in Superior’s clear waters. ‘Looper anglers also catch other fish, such as coho salmon (in large numbers this year), occasional lake trout and “unclipped” steelhead. But no matter what they catch, these anglers target ‘loopers. And they take them home for dinner. That’s the point of ‘looper fishing.

In contrast, spring steelheaders are fervent practitioners of catch and release. No harvest of unclipped rainbows is allowed in Minnesota’s portion of Lake Superior and its tributaries; a rule strongly endorsed by most of the people who fish for them. Many steelheaders will kill a fin-clipped Kamloop if they catch one, but their motive may be more about maintaining the “purity” of the wild rainbows they seek than a hunger for a fish dinner. Steelhead anglers regard the hatchery-raised Kamloops as a lesser trout, lacking the physical vigor of a wild fish. I once heard a hardcore steelheader call Kamloops rainbows “domesticated pig fish” at a public meeting. Consider this an example of why the ‘looper crowd thinks steelheaders are elitists.

What’s crazy is that the Kamloops vs. wild steelhead debate among anglers and fisheries biologists has gone on for more than 30 years. I believe the Minnesota DNR has stocked Kamloops since the 1970s. Now, a new era is dawning. The DNR recently announced the Kamloops stocking program is over, because a genetic study found Kamloops successfully spawn in the wild and to some extent mingle with “pure” wild fish. “Pure” is in quotation marks for a reason. Rainbow trout are native to Pacific coast watersheds. They were introduced to Lake Superior in the 1880s. Fish managers have been dumping hatchery-reared rainbows into the lake and its tributaries ever since. I’m not sure how many millions of rainbows of various hatchery strains have been stocked in Superior just by Minnesota during the course of my lifetime, not to mention the efforts of Wisconsin and Michigan. It’s odd that only one rainbow strain, the Kamloops, is singled out as an inferior fish.

Minnesota intends to continue stocking rainbows that anglers can catch and keep. Hatchery-reared rainbows of “pure” wild origin will be fin-clipped and stocked in the Lester and French rivers near Duluth in hopes of providing a substitute for Kamloops. If the stocked rainbows have decent survival rates, this strategy may work, because wild steelhead congregate along the shoreline in late winter prior to making their spring spawning run in the streams. If the clipped rainbows spawn with their wild kin, their genetic make-up is similar, unlike the Kamloops strain.

The big question about this change in rainbow stocking strategy is whether it will provide a consistent, near-shore fishery for Lake Superior. The Kamloops are truly Everyman’s fish. You don’t need to buy a big boat or travel to Alaska to catch trophy-sized rainbows, when you can catch them casting from shore within a few minutes of downtown Duluth. Generations of anglers have enjoyed Kamloops fishing; enough that the fishery has an avid following.

Fisheries managers say stocking programs are intended to provide fish for people to catch. They often justify stocking cutbacks by saying the effort doesn’t provide an adequate “return to creel,” meaning anglers don’t catch enough of the planted fish to make the stocking cost effective. Another way of looking at stocking is to say that it creates a fishing opportunity that previously didn’t exist. Such may be the case with Kamloops. Anyone who has driven along the North Shore’s scenic highway between Duluth and Two Harbors in winter or spring has likely marveled at the number of anglers they see lining Lake Superior’s shore. Whether the same number of anglers will still be around after the Kamloops are gone remains to be seen.

Lake Superior and its innumerable cold-water tributaries support self-sustaining populations of naturally reproduced trout and salmon. Studies have found nearly all of the trout and salmon caught by anglers are wild fish. Unfortunately, the North Shore’s scenic waterfalls block the upstream spawning migrations of trout and salmon within a short distance from the lake. Due to the limited spawning habitat, fisheries managers strictly protect desirable species such as steelhead and coaster (Lake Superior) brook trout from angler harvest. They worry that even with conservative bag limits, those wild fisheries might not hold up in the face of heavy fishing pressure.

During the past 20 years, as fisheries managers worked to improve and restore wild populations of steelhead and coasters, Kamloops have served as the release valve for those anglers who want to take a fish home to eat. DNR biologists hope that fin-clipped wild origin rainbows will fill that role.

In a lifetime of North Shore fishing, I’ve seen a lot of changes to the fishery, from the mind-boggling smelt runs of the 60s and 70s to the salad years of the 80s and early 90s, when hatchery stockings of everything from lake trout to Chinook and Atlantic salmon (not to mention ‘loopers) created fabulous fishing as these predators literally ate their way through an overabundance of smelt. For the last 20 years, the trout and salmon fishery has been mostly comprised of wild fish. Over time, the angling opportunities have changed, but good fishing was always available. With the end of the Kamloops program, yet another change is in the offing.

DNR Wildlife vacancies won’t be filled this year or next 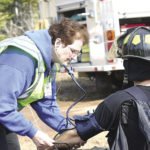 Emergency Responders Find Reward in Being There