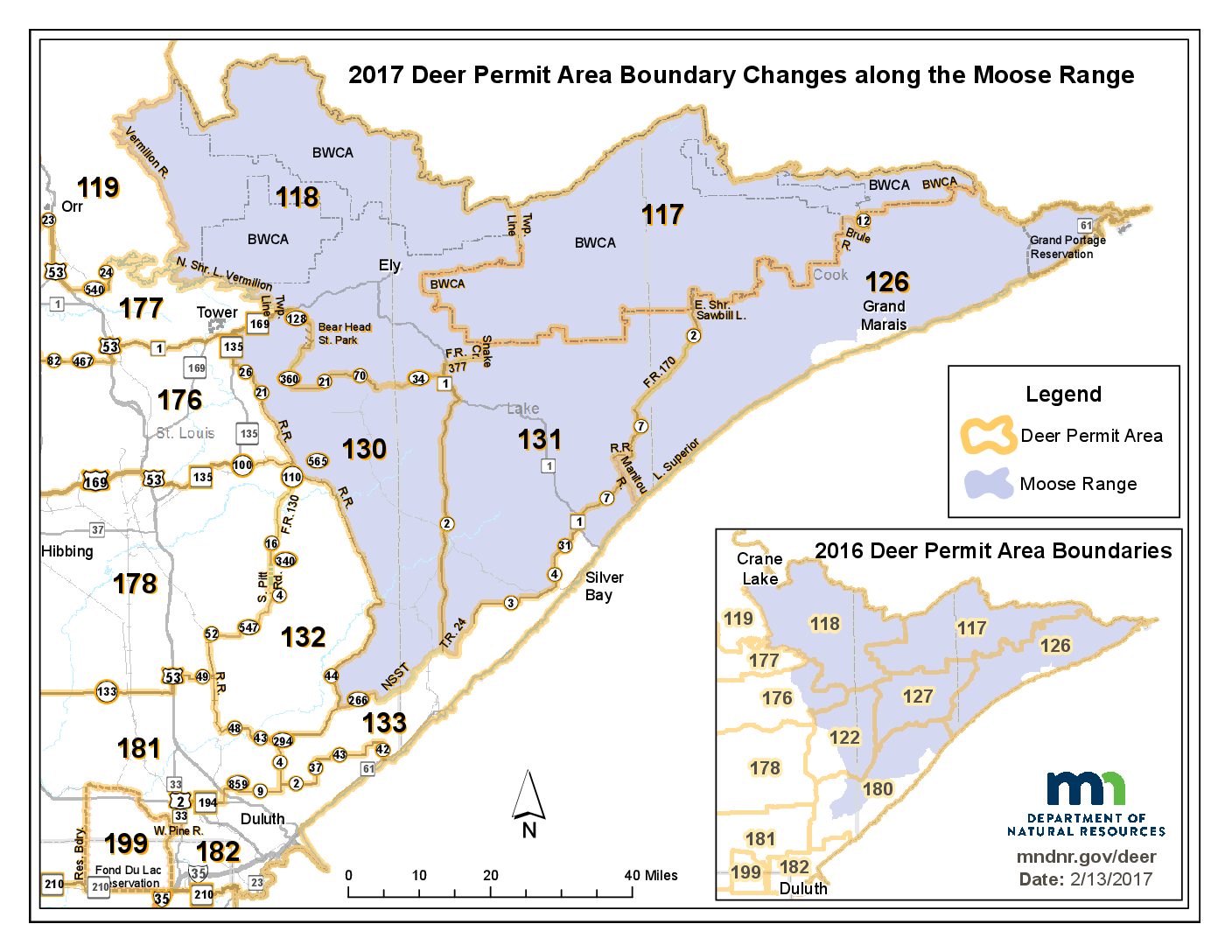 After attending a public meeting in Duluth earlier this month regarding the Minnesota DNR’s new deer management plan, some folks came away concerned about the future of deer hunting in northeastern Minnesota. Specifically, they worry the DNR will aggressively manage the herd in order to keep deer numbers down to benefit moose and some aspects of forestry.

“I’ve never been so afraid for the future of deer hunting on the North Shore,” said Duluth taxidermist Randy Bowe after attending the meeting.

Curious, I contacted folks within DNR to see what was up. What I learned was yes, changes are coming for antlerless permit areas in Cook, Lake and eastern St. Louis counties. The changes are being made to better align the permit areas with the moose range. The agency is not intending to further reduce deer numbers.

“We are looking to stabilize the deer population within the moose range and to raise deer numbers outside the moose range,” said Adam Murkowski, DNR big game program leader.

The permit areas have been redrawn to reflect that intent, as shown on the accompanying map. Much, though not all, of the moose range has supported few deer due to deep winter snows and less than ideal whitetail habitat. Over time, deer abundance rises and falls in response to mild or severe winters.

“We’ve never tried to build the deer herd like in other parts of the forest, said, DNR regional wildlife manager Dave Olfelt in Grand Rapids.

One reason for that strategy is that deer and moose don’t mix. Deer carry a brain worm parasite that is fatal to moose. Moose may co-exist with a few deer, but not with a lot of deer. Brain worm is one of the contributing factors to the moose population decline in northeastern Minnesota.

Olfelt said the permit area boundaries were redrawn last year, but the change was delayed until 2017 to allow time to inform hunters. He then walked through the changes with me. The changes affect former permit areas 122, 127, 176 and 180 on the western and southwestern portion of the moose range. They have been redrawn as permit areas 130, 131, 132 and 133.

The former permit area 180 was redrawn to separate mostly private land with more open fields and residences (better deer habitat) from forested public lands. New permit area 133, which extends along the North Shore from the outskirts of Duluth to State Highway 1 near Silver Bay, will be managed for a deer population appropriate for the habitat and hunting pressure. Olfelt said this would be a pre-fawn spring population of 5-7 deer per square mile.

New permit areas 130 and 131 are predominately forested and within the moose range. Olfelt said these may not be managed as hunter’s choice (any deer), but continue to have antlerless permits distributed via lottery, as they were last year. New permit area 132, which lies outside the moose range, will be managed for more deer, such as a pre-fawn count of 10 deer per square mile. Permit area 178, adjacent to 132 on the west, has more open fields and is managed for 13 to 16 deer per square mile. Permit area 132 contains many St. Louis County hunting camp leases and has been the traditional hunting grounds for generations of deer hunters.

Olfelt said the boundaries didn’t change for permit area 126, which covers the North Shore from State Highway 1 to the Canadian border. Olfelt said that area has been managed via an antlerless permit lottery in recent seasons and is being managed to slightly grow the deer population to 3-5 deer per square mile. No change is anticipated in permit areas 117 and 118, which include the Boundary Waters Canoe Area Wilderness and adjacent public forests. These permit areas generally have low deer numbers and are managed as hunter’s choice.

When deer numbers surged in the northeast about a decade ago, following series of mild winters, wildlife managers responded with aggressive hunting harvest strategies. In some permit areas, hunters were allowed to kill up to five antlerless deer. The liberal bag limit did not sit well with many hunters, because it ran counter to the historically conservative management of the antlerless harvest in the northeast. Some believe the high harvests may have contributed to the steep decline in deer abundance in the northeast, following severe winters four and five years ago. Olfelt said the DNR doesn’t intend to return to the past aggressive harvest strategies.

“The rationale is to grow the deer herd where the land can support more deer and where they don’t conflict with moose,” Olfelt said.

To a certain extent, the DNR is between a rock and a hard place with this deer/moose balancing act. Deer hunting is popular in Lake, Cook and St. Louis counties, which contain places that have long supported huntable whitetail numbers. Also, moose abundance has diminished to a point where the big animals not often seen in much of the moose range. Many hunters, including this writer, observe that both moose and deer were more abundant during the 1980s, 90s and early 2000s.

Another concern I’ve heard from some hunters in the northeast is whether the DNR is considering a ban on deer feeding, particularly during the winter months. Murkowski said the DNR is looking at the impact of feeding and illegal baiting. Artificial deer feeding changes the distribution of deer on the landscape, such as causing them to remain near a food pile rather than moving to traditional wintering areas. Other feeding-related issues include concerns about transmission of Chronic Wasting Disease, increased vehicle collisions and enforcement issues related to illegal baiting. At present, there is not a proposal to ban deer feeding.

While the DNR’s position is that deer feeding is not good for deer or moose, the impetus for a feeding ban would likely be driven more by disease concerns. Olfelt said the northeast recently dodged the bullet on CWD. A deer farm in Mountain Iron had received a deer from a facility in Merrifield where CWD was discovered. The deer sent to Mountain Iron tested negative for the disease. 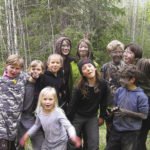 Kids get a natural education at The Forest School