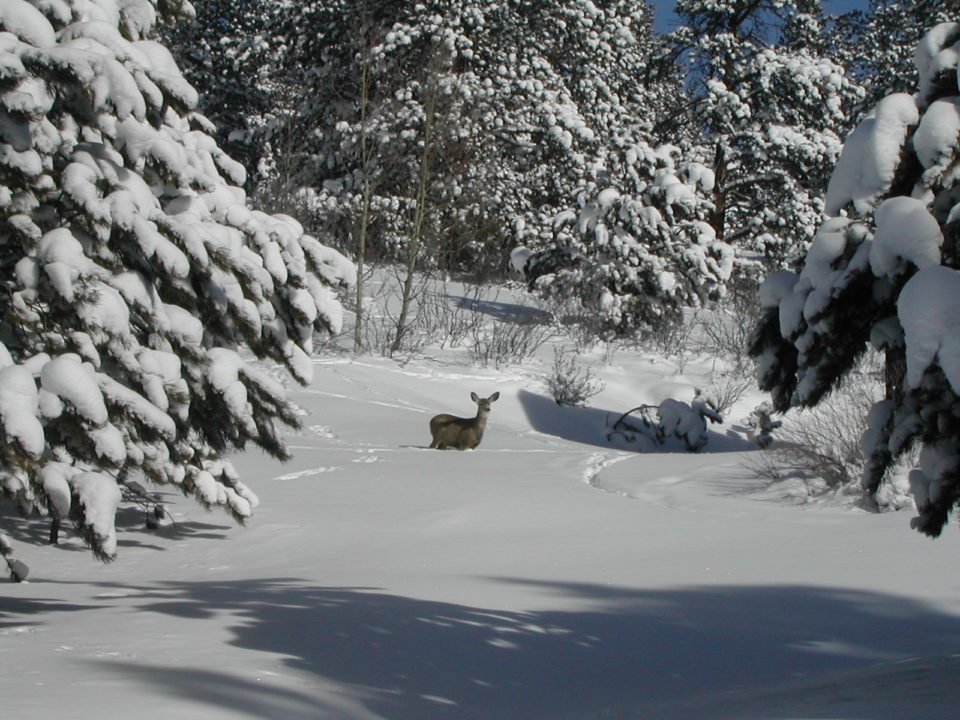 North Shore whitetails exist on the northern end of their continental range where long, snowy winters challenge their survival. | STOCK

If you’ve struggled to get through this snowy winter, imagine what the last few months were like for white-tailed deer. Commonly seen along the North Shore’s Highway 61 during the winter, deer migrate to the south-facing ridge near Lake Superior to take advantage of somewhat lesser snow depths and more moderate air temperatures. This makes winter easier, but by no means easy, especially in years such as this one. Many North Shore deer have access to backyard feeding stations that provide some additional sustenance, but they still must contend with wolves, their primary predator, and some of the most consistently severe winter conditions in Minnesota. Corn, the common feed supplement, offers calories that are used for energy, but are actually poor in nutrition.

“I expect this will play out as a tough winter,” she said. “Does may not produce a lot of fawns this spring.”

So why is that? DNR research biologist Glenn DelGiudice explained what happens to winter-stressed does in an email. He wrote: “Best evidence indicates that the poor fawn production that may follow a severe winter is primarily associated with stillbirths (dropped mummified fetuses) and high early mortality of fawns (born alive) shortly after birth, typically associated with light birth-weights, poor skeletal development, and diminished viability. These fawns are often not capable of nursing effectively, and as they become less viable with the progressive nutritional deprivation, their mothers quickly show less interest in them and are less likely to invest in them. Additionally, if a doe survives a very severe winter, but is in very poor condition, the volume of her milk production may be inadequate to support her newborn(s)…the quality (nutrient composition) is less affected than the quantity of the milk.”

During a long-running whitetail research project, DelGiudice learned does that lost their fawns are in better shape when they enter the following winter. He continues: “Interestingly, because lactation is the greatest energy drain experienced by does all year, those does that lose their fawn(s) early in spring and don’t have to lactate all spring and summer, typically come into the following fall’s rut and that next winter in extraordinarily good condition, which contributes to their higher survival capacity and reproductive potential that following spring. We documented this during our 15-year (1991-2005) deer study for the back to back historically severe winters of 1995-96 and 1996-97.”

The difference in deer losses between the nearly identical hard winters was striking. In 1995-96, DelGiudice documented 37 percent mortality of collared does. In 96-97, there were significantly fewer deer competing for food resources and fawnless does were in better physical condition. Mortality on collared does dropped to 7 percent, which was below the average overwinter mortality of 10.7 percent (excluding the winters of 95-96 and 96-97).

“This is the way nature works,” Isaac says. “Higher snow depths are advantageous to wolves.”

Wolves negotiate deep snow better than deer. The thaw-and-freeze cycles of late winter create a hard crust on the snow that is especially good for wolves, because they can then walk on top of the snow while sharp-hooved deer punch through the crust.

Along the length of the North Shore, biologists have found very few pockets of wintering deer away from Lake Superior. This vast area, stretching from the lake across the Superior National Forest and BWCAW to the Canadian border, supports the bulk of Minnesota’s remaining moose population. Wildlife managers hope to keep the deer population minimal within the moose range, because deer transmit a parasite commonly called brainworm that is fatal to moose. During the annual aerial moose survey, biologists also record the number and location of deer and wolves they observe. In 2019, they saw no deer in the inland regions of Cook County and just nine in northwestern Lake County. In a written report, Fond du Lac Reservation biologist Mike Schrage cautions the deer and wolf data are collected ancillary to the moose survey and thus is not a good estimate of deer numbers. With that caveat, he writes that the data do offer insight about geographic distribution trends of deer within the moose range since 2010, when he began compiling it. During that time period, inland deer range appears to have changed. He notes that three traditional inland deer wintering areas, south of the Echo Trail, Isabella and Gunflint Lake, whitetails apparently have declined or disappeared during midwinter.

The apparent decline in deer numbers will be no surprise to deer hunters in Lake and Cook counties, many of whom have experienced diminished hunting success in recent years. While some hunters point to wolf predation as the cause of the whitetail decline, the reality is Old Man Winter calls the shots when it comes to deer abundance along the North Shore. In addition to deep snows this year, Schrage points out the winters of 2012-13 and 2013-14 were “exceptionally severe.” The North Shore deer population simply hasn’t had an opportunity to bounce back. After a couple mild winters in the future, maybe they will return. 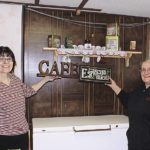