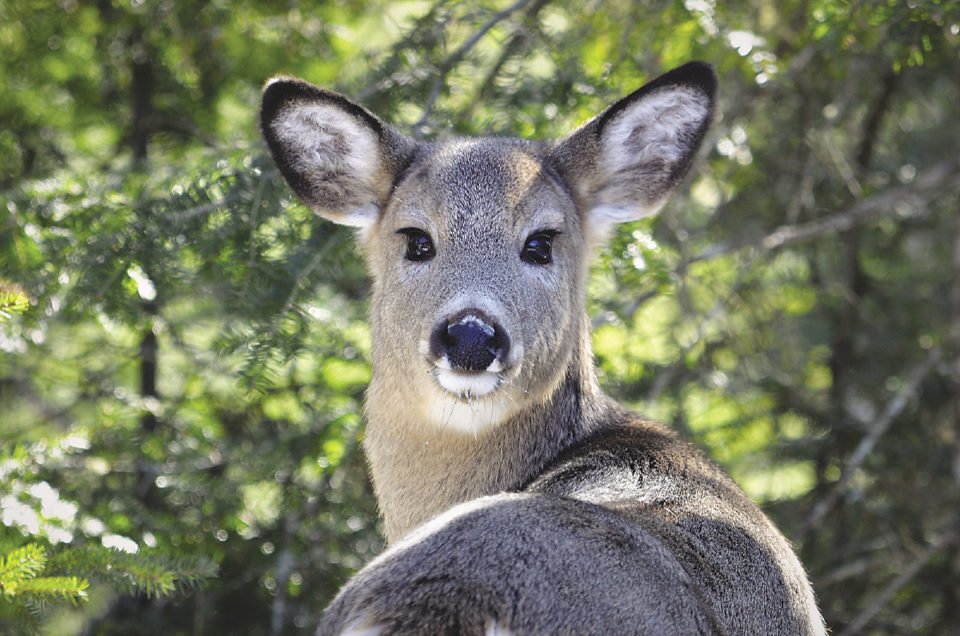 Chronic Wasting Disease, or CWD, hasn’t been found in the North Shore’s deer or moose populations, but experts warn the prion disease may pose dire risks for humans and cattle. | CAROL MONAS

Imagine, you will, the not-so-distant future of deer hunting with CWD. You are seated in a tree stand overlooking a deer trail. As required by law, you are “hunting clean,” using no attractants, bait or food plots to artificially manipulate deer activity. A young buck with a six-point rack ambles along the trail. There was a time when you would have deemed the animal “not a shooter,” based on the small size of its antlers, and let it walk by. These days, a buck like that is as good as it gets. You shoot and down the animal.

When you reach the dead buck, you pull a field-dressing kit from your pack and ready the contents. There are a pair of long-sleeved latex gloves to do the job and a sealable heavy-duty plastic sack for the entrails, which must be removed from the field and disposed of in a DNR-approved dumpster. There is also a disposable knife, intended to be used just once for field-dressing a deer. You also have a portable test kit, so you can determine if the buck tests positive for Chronic Wasting Disease (CWD). If it does, you are required to promptly remove the carcass from the field and dispose of it in a DNR dumpster.

Does this future sound far-fetched? Maybe it is. But if CWD becomes prevalent on the landscape, deer hunters can expect—and may even demand—regulation changes that minimize the exposure of other deer to an infected deer’s remains and emphasize human safety. The always fatal disease, which is transmitted by misshapen proteins called prions, is the deer family’s equivalent of Mad Cow Disease in bovines, scrapie in sheep and Creutzfeld-Jacob Disease in humans. Prions, unlike bacteria or viruses, persist in the environment and potentially may infect other deer. In addition, researchers and wildlife biologists worry that CWD may, like Mad Cow Disease, move beyond deer and infect cattle or venison-consuming humans.

Dr. Michael Osterholm, director of the Center for Infectious Disease Research and Policy (CIDRAP) at the University of Minnesota, says new research is discovering new strains of CWD prions that appear to have more potential for transmission to other species.

“Some people say that CWD has been around since 1967, so transferences would have occurred by now,” he said. “But new strains have emerged and prion diseases may have a 10-year incubation. Transmission from infected cervids to other animal species and humans could happen and it may take years before we know that it did.”

In the United Kingdom during the 1980s, a bovine prion disease was transmitted to humans, making Mad Cow Disease a household term. The misshapen prion responsible for Mad Cow was only found in the brain and spinal tissue, which meant humans were unlikely to be infected by eating a beef steak. On the other hand, Osterholm says that in deer, the offending prions are in muscle (meat), the lymphatic system and nerve endings, so there is greater potential for consumption of the CWD prions than occurred with human consumption of BSE-infected cattle.

“Prion biologists have a lot of concern about where CWD is heading,” he said.

The challenge facing wildlife managers and public health officials is finding the best ways to address the serious threat to wild deer and potential human health risks posed by CWD while not scaring hunters away from deer hunting. Across much of North America, hunters are the primary predator on deer. Regulated hunting is considered the best way to control the abundance of deer on the landscape. Since CWD is primarily spread by deer-to-deer contact, wildlife managers believe reducing abundance can slow the spread of the disease.

So far, they’ve had little success controlling what many experts believe is the primary means of spreading the disease: the deer-farming industry and the movement of infected animals from one facility to another and hunters moving carcasses long distances from where they were killed and then disposing of the remains in the outdoors. In Minnesota, all discoveries of free-ranging deer with CWD occurred in the vicinity of CWD-contaminated deer farms. Yet the state legislature has balked at taking steps experts recommend for minimizing the farming risk, such as placing a moratorium on new deer farms and restricting the movement of captive deer. As Osterholm points out, legislative inaction ignores economic realities. Minnesota deer farming generates an estimated $12-14 million per year, while deer hunting in the state is worth about $1 billion annually.

“We’re not saying that cervid farming is the only way CWD is spread,” Osterholm said. “But deer don’t have wings. We have to do a better job of monitoring cervid farms and preventing the movement of CWD-infected animals.”

At present, CWD has been found in a minimal number of free-ranging Minnesota whitetails. Wildlife managers, hunters and researchers want to keep it that way. To do so, scientists in several academic-based research programs are working to develop a CWD field test for hunters, rather than the current method of sending a tissue sample to a distant lab and waiting weeks for a response. They are also trying to interpret emerging CWD research in ways that hunters and policy-makers can understand.

Hopefully, Minnesota can avoid CWD debacles that are occurring elsewhere. Wisconsin, based on advice from an out-of-state consultant, backed off efforts to control the spread of CWD and now has a couple of counties where the infection rates in free-ranging deer are over 50 percent.

In Canada, CWD was discovered in a captive herd and 2,000 animals were slaughtered. Since government officials believed deer less than two years of age couldn’t be infected, that portion of the herd was sent to market and sold as venison. Unfortunately, although young deer and elk may not show CWD symptoms, they can be infected with the disease. This example leads to a bigger question: How do consumers know if commercially sold venison is free of CWD contamination?

This leads to yet another question: What risk does CWD pose for livestock producers? Osterholm says some emerging data suggests the disease could be a threat to cattle. As a parallel, the outbreak of Mad Cow Disease in Great Britain led to the slaughter of millions of cattle there and bans on British beef exports across much of the developed world.

“Imagine what CWD in North American cattle would do to our ability to sell beef worldwide,” Osterholm said.

We can fervently hope such a scenario never becomes real. But until policy makers take the decisive steps needed to minimize the spread of CWD, the threats to the future of deer hunting and potentially the health of people and livestock remain very real, indeed. 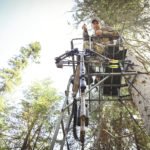 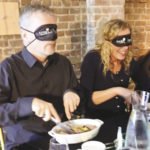