It’s crazy to think nearly 20 years have passed since the Minnesota DNR convened a citizens’ roundtable to develop recommendations for a state wolf management plan. At the time, it was anticipated that delisting wolves from the federal Endangered Species Act was imminent and management responsibility soon would be turned over to the state. In the ensuing two decades, wolves have remained listed all but three years as legal actions filed in federal court by wolf advocates thwarted permanent delisting.

Pardon the pun, but now it appears wolf advocates may be trumped by political change in Washington. Legislation is being introduced in Congress to remove wolves in the Lake States and Wyoming from the Endangered Species List and prevent future legal challenges. Similar legislation successfully passed a few years ago to accommodate wolf delisting in the Northern Rockies. Prospects for passage this time around are pretty good.

But anything goes in politics, so it is best not to claim a victory until you hold it in your hands. If indeed the Minnesota wolf population is delisted, the state already has a transparent, sustainable management plan that sets parameters for killing wolves that threaten pets, people and livestock, and has a mechanism to set annual quotas for a hunting/trapping harvest. Wolf advocates may disagree, but the Minnesota DNR is very likely to manage wolves at healthy population levels across the landscape, which is how it manages other game and furbearing animals.

However, with wolves, state wildlife managers must achieve unspoken social management goals. On one hand, that social management involves addressing the concerns of people who have problems with wolves. In wolf country, livestock and pet owners need assurance that they can kill a wolf to defend a calf or a dog from a wolf attack without facing arrest. Deer hunters are placated by knowing they can apply for a wolf harvest tag and thus “control” the predators in their hunting area. Trappers welcome the opportunity to harvest an animal with a long trapping tradition. On the other hand, wildlife managers must convince wolf advocates that their management, which includes the regulated killing of wolves, is in the best interest of the wolf. That’s not an easy sell.

If you are a biologist, you can talk until you turn blue about compensatory mortality, sustainable harvest and wolf population dynamics. But in the end, the public measures your work in dead wolves. Regardless of the body count, you know some folks will be outraged that you killed too few and others, too many. Just doing your job becomes a never-ending balancing act.

Wolves elicit passionate emotions in people. Some say this is because they look like dogs and live in family groups, making it easy for people to identify with them. Yet many others see the same animal as a bloodthirsty marauder that somehow threatens their very existence. I’m no sociologist, but there doesn’t seem to be an easy way to explain why people on either side of the wolf issue feel the way they do. It is nearly impossible to change their minds.

Aside from perhaps grizzly bears, no other North American animal seems to draw such an emotional response. While there have long been some people opposed to hunting and killing animals, as well as some who despise predators and any wildlife perceived to conflict with their economic interests, the fervor reserved for wolves is unique. It also seems to be a uniquely American controversy, perhaps due to lingering nostalgia for the frontier…or the social upheaval of the 1960s.

Some say wolf pros and cons will abate after a few years if and when wolf management is turned over to the state. An annual wolf harvest will become the new normal. People who participate in that harvest as hunters and trappers will become a new constituency in favor of wolves. But there doesn’t seem to be any evidence that such a constituency exists in places where wolf harvests occur, such as the northern Rockies or Alaska. The wolf, like the coyote, continues to be viewed as a marauder.

Nor, in the face of ongoing harvest, are wolf protectionists likely to change their views. Just last weekend I listened to a radio interview with a prominent wildlife photographer who seemed to suggest that Minnesota’s short-lived wolf hunting and trapping season had wiped out a local wolf pack and that significant wolf poaching occurs. Given the tight quotas established for regulated hunting and trapping, this seems unlikely. As for poaching, undoubtedly it occurs, but given the secretive nature of Minnesota wolves, it is happenstance and opportunistic. Very few people would have the time or ability to go about systemically poaching wolves and avoid being caught doing so.

As someone who has long lived in wolf country, what struck me most about Minnesota’s hunting and trapping seasons was how little they changed wolf behavior. Wolves continued to frequent areas of human habitation and be seen trotting nonchalantly along the shoulder of the highway. This wasn’t the case 50 years ago when wolf hunting and trapping was wholly unregulated. Old-timers have told me that back then, wolves would leap away from human tracks they encountered in the snow. Clearly, even with limited hunting and trapping, wolves no longer perceive humans to be as dangerous as they once did.

Perhaps there is a reason wolves are less frightened of people than they used to be. In the long span of wolf-human history, the era when wolves were killed indiscriminately represented, at best, a few hundred years in North America. Wolves and humans co-existed, following herds of game, for thousands of years. It is possible that modern wolves have longer memories than people do.

If Congress does indeed delist Minnesota wolves, we will enter yet another era in our relationship with this animal. Under the present structure of state management, the future of the wolf is secure. While the change from federal protection to state management will mean a lot to people, I suspect it will matter little to the wolves.

Reductions in fishing bag limits for walleyes and panfish 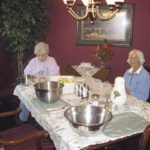