Northwestern Ontario is a land of much water. There are lakes, rivers, reservoirs and streams. These waterbodies intersect the landscape and break up the wilderness. This water also needs to be crossed to travel across country, so many bridges have been constructed. Some bridges are large; some are very small. Many are made of wood, but some are constructed of cement or steel. The common denominator with bridges is they often provide access to water for anglers. Not every bridge, however. Some bridges actually are bookended by private property or fishing isn’t allowed near or on them. Yet most bridges in northwestern Ontario allow anglers access to get down to the water and enjoy the area. And it is incredible how much of that fishing can be of a very high quality.

Some of my favourite bridge fishing memories are from my youth. As a young trout angler, I would bike to local rivers in Thunder Bay and as often as not, the bridges were the first stop. Bridges create structure and cover for fish, and this makes them natural fish magnets. Many hours of my youth were spent watching brook trout and steelhead from bridges and then sneaking down and trying to catch them. Another fun game was throwing grasshoppers and other insects from the bridge and seeing trout come up and eat them. This was an amazing education in how fish feed and respond to bait.

Bridges on the Trans-Canada Highway east of Thunder Bay have always been of special importance to steelhead anglers. When the lake run rainbow trout begin their migration up rivers each spring, bridges are often the jumping off spot for anglers. Many, but not all, have parking spots nearby and you can always tell how well the fish are running by the number of vehicles. It is also amazing how many bridges are located near prime steelhead pools. In some instances, the bridges created a pool or mini-falls, and these hold up fish as they move upstream. These bridges also carry the names of each river on distinctive green signs. What angler’s heart wouldn’t leap when names like the Nipigon, Steel or Michipicoten come into view?

One memory I have from my teens is another reminder of the importance of the bridge to anglers. When my father and his buddy were spending a few weekdays fishing on one of the major steelhead rivers east of Nipigon, my only way to get to them on the weekend was via bus. So, after school on Friday, I’d walk to the Greyhound bus station in Thunder Bay with my fishing gear and waders, buy a ticket and then get on board. When we got close to that green sign with the river name on it, I’d ask the bus driver to drop me off. The Greyhound would pull over at the bridge, and I’d jump off and join the steelhead adventure already underway. About 70 percent of the time, Gord Senior would be found fishing within 100 yards of that bridge.

As mentioned earlier, many bridges offer fish a type of cover not often found in the wild. The major shade provided by bridges appeals to all sorts of fish, from muskellunge to brookies to bass. In the heat of summer, fully-covered bridges can provide a respite for fish, and they will hold under the structure as the hay maker beats down. However, just because the fish are hiding there, doesn’t mean they will bite. I’ve seen this play out many times over the years.

Larger bridges over major rivers nearly always create a current break that will hold fish. There are many examples of this in the northwest, but one prime example is the expansive bridge over the Kaministiquia River, on Highway 61, southwest of Thunder Bay. The huge cement pillars supporting this bridge break the flow of the river and create a place where many fish can hold and feed. It’s not really surprising that there are often boats anchored under the bridge, jigging with a minnow in hopes of hooking a walleye or two. This is just one example of a way that a bridge creates a fishing opportunity that would not be there otherwise.

Sadly, not all bridges are great for fisheries. Bridges, particularly those that have culverts inserted, can create a major obstacle for migrating fish. Everything from walleye to steelhead run rivers to spawn, and an unnatural obstruction can create all sorts of issues. Some of these “trouble” bridges have been remediated over the years to improve fish movement, but many still exist. Where fish become bottlenecked, the Ontario Ministry of Natural Resources and Forestry will sometimes enforce a fish sanctuary. At times there will be a sign below a bridge with an obstruction, but not always. Always be aware of this possibility and check your local regulations.

While bridges are not always an improvement to the natural beauty of an area, they are a necessity. None of us would be traveling far in the north without them. It’s an added blessing that so many of them provide a doorway to fisheries that might otherwise be to remote or difficult to access. 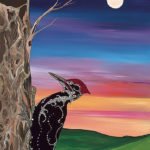 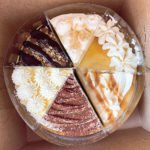