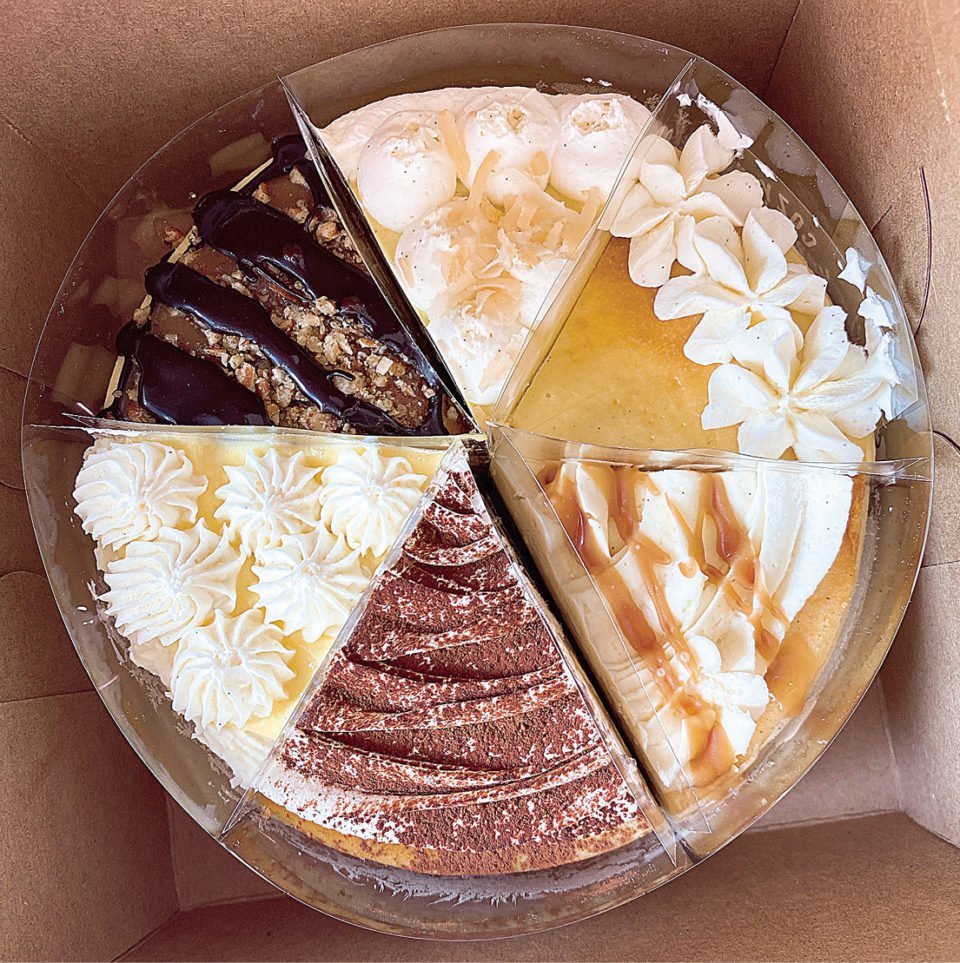 The Cozy Hen, located in Duluth and owned by Heather Birong, typically offers six flavors of cheesecake, with vanilla bean always in the rotation. You can also order a sampler cake. | THE COZY HEN

One of the great unifiers, cheesecake has a flavor for just about everyone. Whether you take your cheesecake “neat” or layered in exotic flavors, every bite is decadent.

Even those who have gone a lifetime saying “no” to cheesecake can come around, especially after they have a slice from The Cozy Hen in Duluth. Heather Birong’s cheesecake business came to be because of that sort of conversion.

Heavily into cheesecake gifting, cheesecake-as-a-business was a natural next step.

The gift that took the cake was the one Birong made for a friend’s mom, who was not a cheesecake fan.

Turns out she loved it, and told her friends. Through more contacts, and spreading the cheesecake love, Birong eventually baked her way into a storefront at Duluth’s Holiday Center in mid-2019. During 2020, Birong moved to a commercial kitchen where she has been running cheesecake curbside for the last year.

Watching Birong apply artistic flourishes to her cakes, you might be surprised to learn she is 100 percent self-taught. “Like most things in life, the more you cook the better you get. I’m a home baker, that’s it,” says Birong.

A bit of a purist, Birong locked on to her recipe for vanilla bean cheesecake. “For many years I refused to make anything other than vanilla bean, I said all of these other flavors were an adulteration of a simple classic,” Birong said.

Eventually her fans wore her down, and a friend’s birthday request for a turtle cheesecake opened the floodgates. After trying a store-bought version of the turtle flavor, she said, “I wasn’t impressed, I knew I could make it taste better.”

From her made-from-scratch caramel and fudge sauces, to insisting on small-batches to avoid sacrificing the consistency for efficiency, The Cozy Hen originator clearly holds herself to a high standard.

She typically has six flavors going, with vanilla bean always in the rotation. A few examples are tiramisu with ladyfingers soaked in coffee and coffee liqueur for the crust and a mascarpone whipped topping; lemon topped with lemon curd and a lemon cookie crust; and eclair with a choux pastry crust and a dark chocolate ganache topping.

Avoid the anxiety of having to choose just one flavor and order the sampler cake. Six flavors come to your car tied up in a pink box, and inside you will find a collage of textures and colors forming a beautiful mosaic design. A visual treat topped only by the tastes.

Cheesecake & Company came to life in Duluth this spring as Ashley Woodard was staring down the last days of her fourth pregnancy. Faced, as pregnant women everywhere are, with wanting badly to eat cheesecake, she filled up too fast to eat a whole slice.

“I was just sitting there eating a big slice of cheesecake, and I didn’t want to throw it away, but I needed a better way to save it for later in the fridge,” said Woodward.

A small jelly jar was Woodard’s brilliant idea to store her cheesecake “for later.” And, the cute jars have translated well to her business model, if sales are any indication.

Enlisting her husband Juann’s help, Woodward knew that getting busy by starting a small business would be a great distraction, plus, “I thought it would maybe kick me into labor!”

It didn’t, at least not right away, but Cheesecake & Co. was born. The canning jars of cheesecake turned out to be a crowd hit, in addition to being “a better way to share individual desserts during a pandemic,” says Woodard.

When it came to developing her own recipe Woodard “took a leap of faith, but kept it simple.” The cheesecake jars are easily frozen—Woodard’s favorite way to enjoy a slice—and each jar is customizable.

Offering delivery to Duluth and Superior, Cheesecake & Co. can also be found at Jamrock Cultural Restaurant in Superior, under an awning at Cub parking lot in Duluth with regularity, and for pick-up.

Interested in developing more flavors, Woodard is most focused on having a fun experience that tastes good. “I feel really humble about the situation, it’s so surreal how popular this is, we just love making people feel good,” Woodard said.

Crosby Bakery in Grand Marais is so well-known for their cheesecake that owner Hana Crosby says she can’t keep it in stock, “no matter how much I bake.”

This wholesale bakery’s cheesecake is available for special order through this summer. Crosby plans to have her cheesecakes back for sale at The Fisherman’s Daughter restaurant, and at the Whole Foods Co-op in coming months.

Crosby’s cheesecake is special, she says, “for being smooth and creamy, by getting the right ratio of eggs and cream cheese.” Her signature flavor is a maple blueberry, using local maple syrup, with the extra special touch of mixing the flavors right into the batter.

Looking for cheesecake in Thunder Bay? Check out Kangas Sauna, run by Calley Onchulenko since 2003. Catch a sauna if you’re in the mood, but definitely hit the Little House of Pancakes restaurant or the “grab and go” for a slice of Persian cheesecake.

Wait, what’s a Persian, you ask? It’s basically a fried cinnamon roll with pink frosting, but Thunder Bayites have something more intensely loyal to say about their favorite pastry. They are, “The best-ever dessert of Thunder Bay,” according to Onchulenko.

Her bias is born from childhood memories of visiting the original Bennitz Baker run by the Nucci family, who she claims “invented the best Persian.”

Those love-laden kid dreams led Onchulenko to invent a new dessert of her own using Persians made by the Nucci family incorporated into the crumb bottom, and the layer of cheesecake topped with raspberry icing.

Other flavors at Kangas include pistachio, Northwest Ontario blueberry, and raspberry. 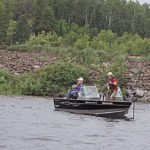 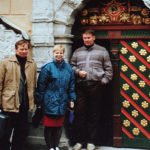