Confound the Minnesota Legislature! Among its list of accomplishments in the recently ended session, mostly pushed through the State House sausage grinder under the cover of darkness, was the approval of “blaze pink” as a legal alternative to blaze orange for hunting clothing. So, as all camo-conscious sportsmen and women obviously know, blaze pink will be THE color to be wearing when you head afield next September. Better start upgrading your wardrobe now.

This is big. Haute hunting apparel has largely been defined ever-changing camo patterns. One year everyone is wearing Sassy Slough Grass.  Then the next spring, they’re strutting through the turkey woods clad in Misty Morning Hickory. It’s hard for a fashionable hunter to remain on the best-dressed list.

Blaze pink is going to be a game-changer. It’s not a color you can easily coordinate into your existing outfits. Not only does blaze pink clash with blaze orange, but it will also inspire new camo designs. We really won’t know what the trend-setters will be wearing until the Governor’s Pheasant Opener in October. The legislators who delivered blaze pink to us will be able to show us how to wear it when they appear at the Governor’s Deer Opener in November.

Wait. What? You don’t say! Hold the runway show! I guess the blaze pink authorization isn’t a fashion statement. Instead, it’s an attempt by the guys in the Legislature to get more of “the gals” out hunting. Good luck with that, fellas. Did someone come up with that idea while in the midst of a pinochle game in the House Retiring Room?

Whew. Now that I’ve dodged the blaze pink fashion dilemma, I can focus on another action taken by the 2017 Legislature: scopes on muzzleloaders! Who knows how Davy Crockett ever got by without a scope on Ol’ Betsy? The issue, putting modern optics on a supposed primitive weapon, has been kicked around in the Legislature for years. What it gets down to is this: some of the senior members of the muzzle-loading crowd need scopes because they can no longer see well enough to use open sights. Now Grandpa can go hunting again.

That’s fine, but let’s circle around to that idea of modernizing primitive weapons. This first became an issue of hunting etiquette (the term “ethics” doesn’t really apply here) when compound bows arrived on the scene. It continues to come up every time a technological advancement occurs in primitive weaponry, from in-line muzzleloaders to high performance crossbows. Always, the proponents of the advanced weaponry want to shoehorn its use into existing archery or muzzleloader seasons, rather than use them during the general firearm deer season. There is a reason for this. The archery season is three months long and has comparatively light hunting pressure. Likewise, the muzzleloader hunt runs after the firearm season and has low hunting pressure. So, the advanced weaponry proponents want to take advantage of those special seasons while using a weapon that gives them a leg up over other hunters participating in the same season. That’s called getting your cake and eating it, too.

An alternative solution would be to restrict archery and muzzleloader hunts to weapons legally defined as “primitive.” Then any weapons that don’t meet the definition could be used during the general firearm hunt. This would seem a sensible approach, considering that new and improved weapons are always appearing on the market. Neither the Legislature nor the state’s conservation community seems inclined to follow the sensible path, choosing instead to engage in long debates about the merits of every technological advancement that challenges the existing norm. Inevitably, the advancement is legislatively approved for the primitive hunting season.

For outdoors people, the Legislature’s biggest accomplishment was authorizing the DNR to make modest fee increases to various licenses and permits. If you can afford to buy a scope for that muzzleloader, you can afford to spend an extra four bucks for a deer license. The increases will allow the DNR programs that rely on licenses and fees for funding to continue providing services to folks who enjoy the outdoors. Everyone in business understands that you have to raise prices occasionally to keep up with rising costs, so you would think fee increases would be routine for the Legislature. Not really. Apparently, it took some serious arm-twisting from outdoor advocates to convince them to do so this year.

Even better than blaze pink were the things the Legislature didn’t accomplish in this session. For starters, they have left the popular Legacy Amendment and its intent intact. Political efforts to prevent the DNR from acquiring land without selling an equal amount of existing property were blocked. Legislators approved nearly all of the Legacy projects recommended by the advisory committee, the Lessard-Sams Outdoor Heritage Council.  On the down side, the Legislature diverted $22 million from Legacy’s Clean Water Fund to pay for the implementation of conservation buffer strips along farmland waterways.

We will have buffer strips, which are intended as a step toward improving water quality in creeks and rivers polluted with agricultural runoff, again due to actions the Legislature didn’t take to prevent them. Politicians held the DNR fee increases hostage as they tried to force Governor Dayton to back down from his signature buffer strip law. Ultimately, the Governor agreed to throw some money at farmers to help pay for buffer strips and delayed implementation for cases of “temporary hardship.”

The outcome of the 2017 session was better than expected by conservationists. But this is not a time to rest on laurels or declare a political victory. Politically astute conservationists observed the bills proposed in this session, as well as the attitudes of the politicians who were writing them, were the “worst ever” for the outdoors and the environment. Since there is no election between now and the 2018 session, rest assured those politicians will make another run at their anti-sportsmen/environment agenda next year. The fight to protect our lands, waters and outdoor way of life never ends. 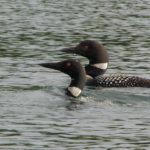 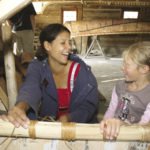 Thunder Bay Turns to the Lake