It’s odd to spend the final weekend of deer season at home. Typically, I hunt to the bitter end, but this year there was enough venison in the freezer after the second weekend. The only reason to go hunting was to shoot a big one and, well, that wasn’t reason enough.

So I cleaned up the deer camp, meaning my camper and garage. I put a deer carcass in a big bag for some musher friends who feed it to their sled dogs, bones and all. The I put the hide in another bag for a friend who will brain-tan it in the traditional way. The tallow will feed the chickadees and my dogs will chew on the antlers and skull plate. Nothing goes to waste.

We had a decent hunt, better than some of my northern Minnesota friends. I talked with several hunting parties who saw very few deer. Consider this report from a friend who hunts north of Island Lake Reservoir near Duluth. This is what he told me via Facebook:

“Somewhere between horrible and terrible, but I knew that. My cams are in the woods up there all year, very few pics except for wolves and bear. Almost zero sign, no rubs, scrapes, poop, tracks. I did not need 6 inches of snow to verify but we did get. Five of us, four solid days of ground snow, we cut one deer track and it was small. Wolf tracks abundant. We also had three different Moose tracks around us, that does not help either.”

My friend’s family hunting shack has been there 60 years or more. It’s good deer country. I’d make an unscientific guess that the last time the deer numbers were as low as they are presently was in the early 1970s. From the sounds of it, they may be even lower at present. The reasons for the population crash were the same then as now. An “any deer” hunting harvest management strategy, coupled with a pair of deep-snow winters, wiped out the herd. In the Seventies, it took about a decade of bucks-only hunting for the herd to recover. We’ll have to see how long it takes this time around.

Another friend from Grand Portage made an interesting observation. He killed a buck and saw a few deer in the woods. He noticed that forkhorns and spikers were few and far between. Most bucks were older animals. This makes sense, given the poor fawn crop in 2014.

Northeast of Duluth, a friend said his group and a neighboring party saw no deer opening weekend. They were heartened to see a few more tracks than last year. He heard there were more deer near Duluth and fewer as you moved further into the woods. His observation is similar to that of a biologist friend who said deer abundance in populated areas of northern Minnesota may mask the lack of deer in the forest. In other words, folks will see deer in their day to day travels and assume the northern herd has recovered more than it actually has.

Something all of my friends have in common is they expect deer numbers to improve over the next few years. All are experienced hunters who been through the long-term ups and downs of the northern herd. I don’t think any of them will hang up their rifles in despair just because they had a tough year or two.

Speaking of recoveries, I suspect Ducks Unlimited will recover, too. The organization recently made headlines (even in the New York Times) when it severed ties with Montana freelance writer and DU back page columnist Don Thomas after he wrote a story about a lengthy court battle regarding public access to a trout stream for Outside Bozeman magazine. The story was about how a billionaire is trying to block legal public access to Montana’s Ruby River where it passes through his ranch. The billionaire is a major donor to DU. Thomas was fired by DU for reporting less than complimentary things about a member of the DU “family.”

As others, including Thomas, have observed, DU is free to do whatever with work-for-hire freelancers. However, the incident has created a social media furor among hunters and conservationists who think DU chose to pander to a fat cat rather than support the public access rights of rank-and-file folks. While I’ve seen plenty of postings from irate hunters saying, “That’s it. I’m cancelling my DU membership,” I doubt their doing so will create ripple big enough to rock the organization’s boat.

After all, Ducks Unlimited is a mighty big boat. For every DU member who is passionate about the Don Thomas issue, there are likely one hundred others whose DU membership is simply something they get when they attend a banquet every year. Those members pay little attention to the organization’s work. About all they know is that the annual banquet is “For the good of the ducks” and you have the chance to win a shotgun. That’s just fine. I’m sure there are plenty of folks who happen to read this column just because Minnesota Outdoor News is on a shelf in the bathroom. Not everyone is passionate about ducks, swamps or outdoor writers.

What troubles me more about the Don Thomas firing is that it raises a larger question. To what extent do large donors to conservation groups influence policy initiatives? The big conservation and environmental groups are the primary voice for hunters, anglers and all outdoor enthusiasts in Congress and, to a lesser extent, state legislatures.

But how pure are their motives? You don’t have to surf very deep into most organizations’ websites to find a list of corporate and very wealthy donors. Is it possible that some organizations tailor their policy initiatives to suit their big donors’ interests at the expense of what may be best for rank-and-file members?

It’s no secret the nation’s conservation and environmental programs have suffered a severe beating at the hands of Congress during the past decade or so. In fact, the current political climate for conservation is arguably as bad as its ever been. Yet it often seems like precious few conservation and environmental advocates are willing to speak out strongly in favor of a protecting our lands, waters, wildlife and the interests of the people who love all of the above.

This isn’t to suggest we toss out the baby with the bathwater. Many organizations have lengthy lists of exceptional achievements, especially on the habitat front. It is fair to say America’s outdoors would be a far lesser place were it not for their decades of effort. But it is time to find new, effective ways to advocate for access and protection for our public lands and waters, as well as the fish and wildlife they support. We are seeing the rise of smaller, grassroots-oriented advocacy groups, particularly in the West. They face powerful, relentless opposition.

The Ruby River isn’t the only place where battles are being waged to protect public access. And that’s not all that is at stake. Across the West, there is a movement to privatize public lands. If it gains momentum, new threats to access may appear at a national wildlife refuge or national forest near you. To be blunt, it really won’t matter if we have fish and wildlife habitat if we lose the public access that allows us to use it. 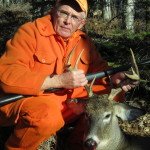