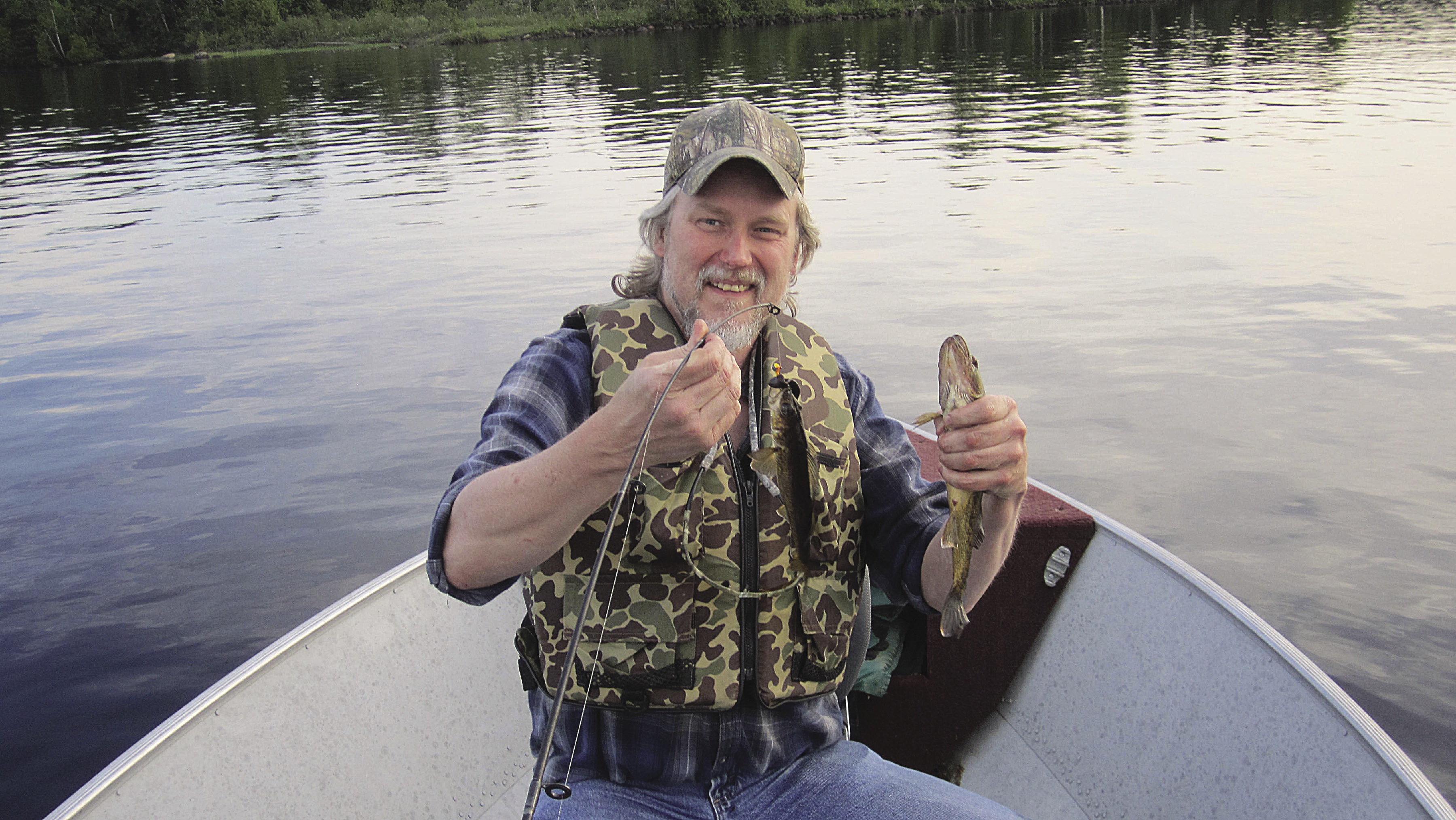 June is arguably the best fishing month in the Northern Wilds. The water temperatures are generally cool enough for trout, but warm enough to activate other fish species. Walleyes, which are often fickle feeders when the fishing season opens in May, became ravenously hungry during June. Although they are most active during periods of low light, at this time of year you can catch them all day long. Still, the best, most consistent fishing is during the lingering twilight of a June evening.

I like fishing for walleyes at this time of year for a couple of reasons. First, the long days mean that I can leave home after supper, head for a local lake and have plenty of time to catch enough walleyes for a meal. Second, I never tire of experiencing a June sundown, as the evening slowly, reluctantly gives way to the night.

While fishing success is never a sure thing, I usually catch a few walleyes and often my limit. The bulk of my catch may occur within 20 minutes or so, right around sunset. This is when feeding walleyes move from their deeper, daytime haunts toward shallow shorelines to feed. The timing coincides with the moment when the evening attack of mosquito swarms reaches a crescendo. Unlike the fishing, the mosquito attack is a sure thing.

The best evenings for fishing are the ones when the weather is nice and the day’s breeze is likely to die down. Cold, rainy weather, common in June, can put a damper in the action. Fishing is especially tough when a cold front is arriving on a northwest wind or when a the wind is out of the east. When it comes to walleyes, the old saying, “When the wind is from the east the fish bite least” is often true.

I like to begin fishing an hour or two before the prime time. Generally, I stick to fishing near shorelines where a gravel or rocky bottom slopes upward from deeper water. I often fish bars running out from shoreline points, along the outside edge of emerging aquatic vegetation or near irregularities on the shoreline. Generally, I avoid rock outcroppings or muddy bottoms, although in some lakes the latter will attract feeding walleyes.

While my canoe may be over 6- or 8-foot depths, from that position I can cast to the shoreline shallows or into depths of 12 feet or more. In the early evening, I’ll cast to deeper water until I catch a walleye. Then I have a starting point for my fishing.

On these evenings, I leave my tackle box at home. Nearly all of my evening fishing is done with 1/8-ounce jigs tipped with leeches. I like fluorescent green or orange jigs, but other colors work, too. If you aren’t getting bites or your fishing partner is catching more fish, try changing jig colors. Often, I flatten the barb on the jig hook to make it easier to unhook fish. Doing so doesn’t seem to have a negative effect on my fishing success.

The fishing technique is pretty simple: keep your jig on or near the bottom. Sometimes I make casts and slowly hop the jig across the bottom as I retrieve it. When I’m positioned in the right place and the walleyes are really biting, I may just lower the jig to the bottom off the side of the canoe. This is an especially good way for novice or casual anglers to fish.

While you may get a few hard strikes, very often a walleye bite feels like a little bit of weight on the end of your line. Don’t set the hook immediately. Instead, give the walleye a moment to inhale the leech. If you get a bite and miss the fish, put on a fresh leech and cast again to the same place. Often a hungry walleye will go after the second bait.

Set the hook with a quick lift of the rod tip. Keep a bend in the rod as you reel in the fish, but don’t “horse” it. Despite their reputation as wimpy fighters, walleyes don’t easily give up. Make sure the drag of the reel is set loose enough that a hooked walleye can peel out line when it tries to swim away from you. Take your time reeling in keepers.

Most walleyes are lost as they near the boat. While experienced anglers can lift a typical 15-incher into the boat with a quick smooth motion, carry a landing net, especially if there is a chance to catch bigger walleyes or pike. Don’t swipe at the fish with the net. Instead, lead the walleye into a half-submerged net and scoop it up.

I often toss my keepers into a 5 gallon bucket to avoid wasting precious fishing time threading them on a stringer. Evening walleyes seem to travel in small schools. When you catch one, try to bait up and quickly get your line back in the water, because you’ll likely catch another. I often catch two or three and then experience a lull in the action. On most nights, it won’t be long before another school moves in. If I don’t have more action within a few minutes, I move the canoe a few yards to try another spot.

On a typical evening, you’ll start out catching walleyes from deeper water but they will move shallower as the twilight deepens. The final fish you catch may be in just a few inches of water along the shoreline. Suddenly, just before dark, the action will come to a halt, as though someone flipped an off switch. I’ve been told you can continue catching walleyes at this point by casting and retrieving floating Rapalas along the shoreline, but the technique doesn’t work well for me.

More often than not, when the walleyes stop biting, I already have several of them flopping in my five gallon bucket. A chill descends with the darkness, so I put on my jacket and head for the landing. A note to the newbies: carry a flashlight for the return trip and, unless you are very familiar with the lake, start for shore before it becomes so dark that you can’t find the landing. When I’m fishing unfamiliar waters, I always make a point to remember landmarks, such as a prominent white pine, a shoreline point or the shape of the bay where the landing is located, so it is easier to find my way when it is time to head home. 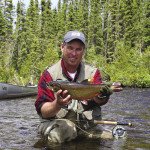 There is Something About a Canoe… 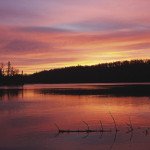