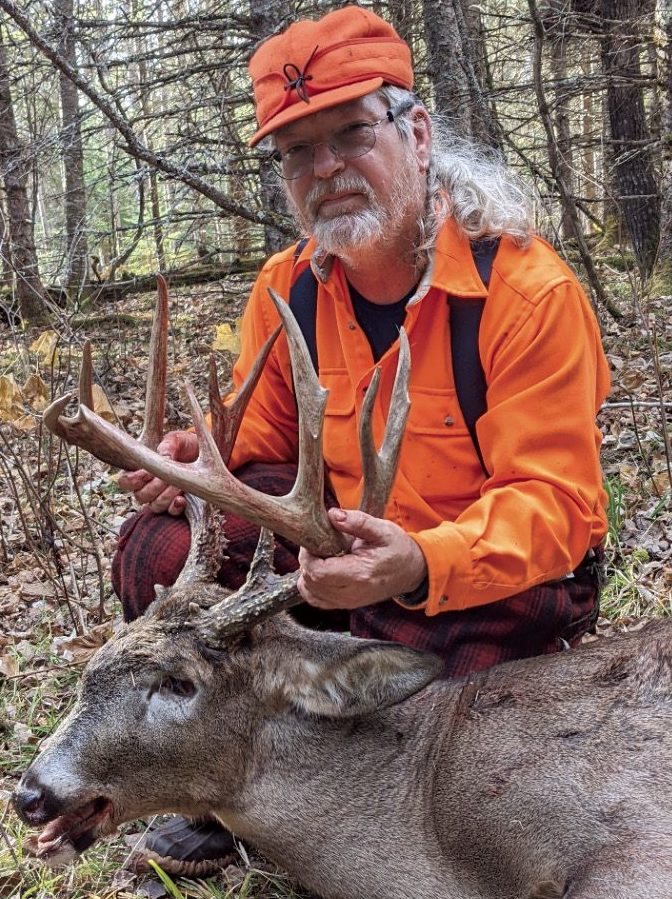 This large deer was taken more than a mile away from the truck in a location unreachable by mechanized means. | SHAWN PERICH

Our 2021 rifle deer season came to a short and sweet end when my hunting partner Al Lutkevich killed a buck that was too large and too far back in the woods on the third morning. We spent the better part of the day hauling the brute out with much appreciated assistance from a muscle-bound young hunter with more enthusiasm than brains. He used a block and tackle to winch it up the final steep switch-backs to reach the waiting truck. Further hunting opportunities were erased by a series of unwanted and ongoing medical appointments for yours truly.

Al’s buck-of-a-lifetime (not his first) was remarkable not only for its size, but also because it was the only deer we saw during three days of hunting. In our wandering, we saw hardly any deer tracks or droppings, as well as next to no buck rubs or scrapes. In recent years, we’ve experienced significantly better deer numbers than many of my long-time deer hunting friends across northeastern Minnesota. But in 2020 we noticed the local deer population appeared to be declining. My nonprofessional guess is that the drop in deer numbers relates to a cutback in deer-feeding by local residents.

While my observation may be at least somewhat relevant in my neck of the woods, it doesn’t explain why there are few whitetails across so much of northeastern Minnesota, which was once considered the best deer country in the state. Nor does it explain the population crash of the northeast’s moose, which led the state to close its moose season in 2013. The Minnesota DNR has admitted black bears haven’t recovered from past hunter overharvest. It must be noted the DNR controls the total number of tags issued for annual bear and moose hunting seasons.

Minneapolis Star-Tribune outdoor columnist Dennis Anderson recently published a pair of stories that looked into the deer decline in the northeast. One column focused on DNR staff perspectives, which ranged from too much timber harvest in some areas to intentionally managing for minimal deer numbers to benefit moose, as well as too few conifer winter deer yards to the ever popular, even among some DNR folks, claim of too many wolves.

Anderson’s second column focused on feedback from readers of the first column. Here, not surprisingly, the predominate reported opinion was there are too many wolves and that Minnesota doesn’t have an annual wolf hunting and trapping season, even though the state resumed control over wolf management in 2020. Interestingly, another reader opined that in an extensive area north of Duluth, state and county foresters have converted mixed forests into red pine plantations to benefit the timber industry. These pine plantations provide essentially no habitat for deer or other northern wildlife species.

As a lifelong resident of northeastern Minnesota and a deer hunter whose diet has always included a generous amount of venison, I take what are most often no more than bar stool opinions about whitetail, wolf and game species abundance or lack thereof with a shake of salt (DNR viewpoints often included). It’s a big, wild world out there that we think we understand better than we do.

For starters, if wolves have become so abundant that they’ve destroyed the deer population, just what are they eating? Roaming the woods in recent years, I’ve seen less wolf tracks and scat. Most of the scat I saw last summer appeared to be comprised of fur (beaver?) rather than deer or moose hair. While grouse hunting in October my yellow Lab Rainy encountered moose, likely a cow and calf heard but unseen by me. The place where this happened used to be prime moose habitat that is little used by the big beasts these days. While former dogs frequently ran into moose while accompanying me walking, hunting or trout fishing in the North Shore’s back country, Rainy’s encounter was a first in more than 10 years.

My first year of deer hunting was supposed to be 1971, but the DNR closed the hunting season because the population had crashed following a pair of deep-snow winters. During the 1970s, the agency reduced the overall harvest with bucks-only bag limits and experimented with varied season lengths in a concerted effort to rebuild the herd. I don’t recall the year the agency settled on the present 16-day season. During this period, bears went from unregulated to protected status with an annual hunting season. Wolves were placed on the federal Endangered Species list. A hunting season was begun for the then abundant moose of the northeast.

Since then, I’ve watched a lot of changes occur. When the manipulation of hunter harvests failed to increase deer numbers, wildlife managers bulldozed down stands of then low-valued aspen to create young forest habitat for deer and moose. Newly-minted bear hunters discovered they could attract hungry bruins to bait piles of stale donuts and rancid restaurant grease. Very limited hunting tags allowing the harvest of one moose were highly prized lottery draws for parties of two to four hunters. The state’s wolves slowly and surely expanded, eventually occupying nearly all of the state’s forest habitat.

As for whitetails, their numbers have rose and fell largely based upon the severity or mildness of a series of proceeding winters. Hunter harvests and wolf predation may play a role in deer abundance, particularly on a local scale, but winter remains the trump card. This will likely change as the climate warms, but it is important to consider that snow depth rather than below zero cold seems to be the factor limiting whitetail winter survival.

That said, something seems to be disturbingly different this time around. Deer, moose, bears and wolves all seem to be down in numbers in northeast Minnesota. While it is hard to put your finger on how or why, as an agency, the DNR seems to lack an urgency in addressing a widespread decline in the northeast’s largest and most loved wildlife species. Maybe it’s a sign of the times. I sure hope that isn’t the case. 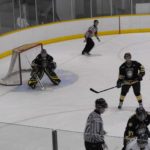 Hockey’s back in Thunder Bay and area