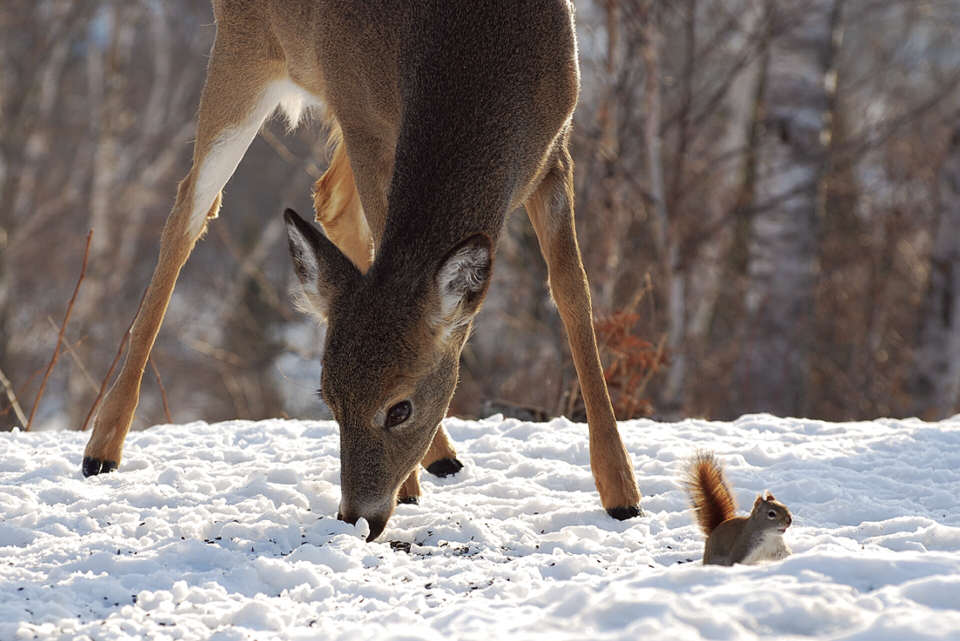 Controlling the spread of CWD will ensure wild deer remain on the landscape. | ANNA MARTINEAU

Recently, a friend suggested a hunting-oriented podcast he enjoys. I gave a listen, but switched it off when the topic turned to Chronic Wasting Disease, an always fatal illness affecting deer, elk and other members of deer family. Because it is caused by nonliving prions that can linger in the environment for years, CWD greatly concerns wildlife and health officials that it may eventually spread to livestock or even humans. Mad Cow Disease originated from prions, spread to humans, and lead to the eradication of cattle in Great Britain in the 1980s.

While the approaches to addressing CWD vary across the U.S. and Canada, wildlife experts believe that limiting its spread across the landscape must include wildlife management to reduce or eliminate its prevalence in deer and elk populations where it is known to occur. Often this involves aggressive deer management using hunters and even sharpshooters to keep their numbers low. I switched the podcast off when the host said something along the lines of “they need the support of our community to do this.”

Just who is “our community?” I know many and varied folks who enjoy hunting. They have many reasons for going hunting. But the fact they like to hunt hardly makes them a community. It is fair to say opinions among hunters range from full support of wildlife biologists’ efforts to minimize the prevalence of CWD among wild deer to a scoffing disbelief that CWD is a problem. In that light, it is difficult to see how “buy-in from the hunting community” means anything at all.

However, when used in this sense, the term community bears a stamp of authority that hunters neither deserve nor benefit from. Certainly, there are societal benefits derived from hunting ranging from appreciation and understanding of the natural world to funding for state wildlife programs and broad conservation efforts. But the nonhunting public often paints all hunters with the same brush for the actions, sometimes legal, undertaken by a minority of hunters.

Several years ago, I watched a television hunting program where a fellow proclaimed he was travelling to British Columbia to get “his” grizzly bear. This led me to wonder what made some B.C. grizzly “his.” Had a bear given its permission to adorn his wall? Had the citizens of B.C. granted a grizzly to him? Perhaps the native people whose presence far preceded B.C. gave him a bear as a gift? Since none of those options seemed likely, maybe a hunting guide was going to make money and get some free advertising while getting filmed showing how he led this member of the “hunting community” to kill a grizzly bear.

Since I do not enjoy watching animals getting killed on television, I switched the channel. It also seems we are far past the time when we seek to kill the world’s largest animals—true wonders of the planet—simply because they exist. I’d rather see a grizzly alive, and haven’t, than watch it tumble after touching the trigger. Hundreds of pounds of grizzly meat wouldn’t fit in my freezer, much less appeal to my palate.

So where did this concept of a hunting community originate? Most certainly it is not a term stemmed from wildlife managers, who, even though a goodly portion of their income is derived from hunting license fees, most often thread a minefield of hunter opinions that may be well intended, uninformed or perpetually negative. Most outdoor writers, those that remain, have experienced enough of the good, the bad and the ugly of hunting to have washed away any innocence that a hunting community exists. Perhaps, just maybe, it comes from the business side.

In the 21st century, selling goods or hunting opportunities to hunters has become almost sinfully lucrative. Having the best gear and gaining access to the best ground has become more important to some than the actual experience. Then there are the wannabes who yearn for what they cannot have. This is not to knock the many average folks who wait all year for their out-of-state hunt or travel somewhere to experience hunting on a new landscape. But you don’t need to buy top-end gear in order to do so, just make sure you have the right stuff. While the days when you could gain access by politely asking permission from a landowner and receive it with a shake of the hand are long gone, you shouldn’t need the income of a professional athlete to enjoy a hunt.

Hunting changed throughout the decades of the 20th century. Hunters often enjoyed an abundance of game that slowly dwindled, likely never to return. Gone, permanently, is the habitat that gave home to that abundance of game ranging from ducks and pheasants to deer, developed to meet some human need. It is hard to imagine that cottontail rabbits were once so common they were considered America’s most popular game animal. I feel privileged to have enjoyed the last of those times.

What lies ahead in this century? Clearly not what hunters experienced in the past. Habitat is gone, replaced with housing, manufacturing sites and soybean fields. Demand for all of the above will continue. Public land in some instances will absorb additional hunters, but there are forces seeking to take away or choke the funding for that which belongs to all of us. If there truly was a hunting community, it could mount a tremendous campaign to protect and expand wild lands and all of the creatures, not just game, they support. Such a community would draw many allies. Instead, what passes as a community seems to feel best served browbeating wildlife managers who are attempting to short-stop a fatal disease threatening the existence of wild deer. What lies ahead? At best, mediocrity. 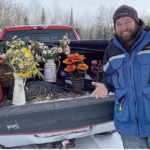 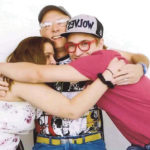