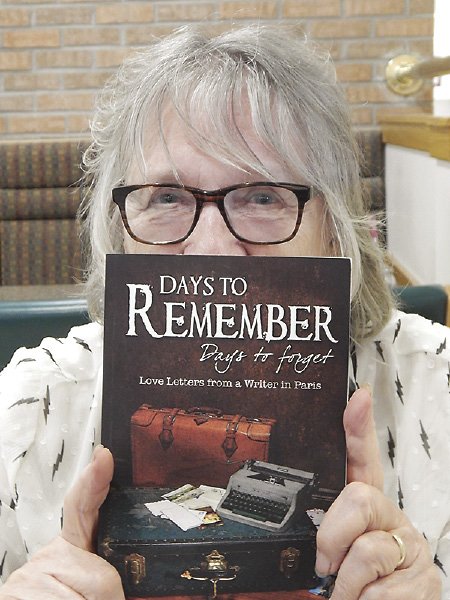 Thunder Bay—Before Bill MacDonald became a household name in Thunder Bay’s literary circles, he was aiming at a teaching job in his home town of Fort William (now Thunder Bay). Urged to apply for a scholarship and hence be eminently employable in teaching on his return, Bill prepared to leave for a year of study at the Sorbonne. And promptly met the love of his life.

High school teacher Cathy Koroniak (MacDonald) was staying with a friend at a Silver Islet cottage in the summer of 1960, when Bill paid a neighbourly visit. As the two locked eyes on one another, their mutual attraction was instantaneously explosive. Alas, the timing of their meeting was both fortuitous and unfortunate.

“Bill had a scholarship from the University of Manitoba for a year in Paris, a huge opportunity,” she says. “Everything was paid.”

Cathy remembers that with Bill due to leave Canada within a few weeks, the two spent as much of their short time together as possible. After his departure, they immediately began writing letters, sharing their separate lives and their profound feelings for one another. Cathy’s letters to him have since vanished (“Men don’t save letters,” she notes). His to her were kept tied up in a ribbon for the remaining decades of their marriage.

After his death in 2014, Cathy sought solace in rereading the passionate letters he had written to her during the year he spent in Paris.

“There was no one to talk to,” she says. “The letters were him talking to me once again.”

Indeed, Bill MacDonald, as storyteller and novelist, had been talking to people for a long time. While his published letters (Days to Remember, Days to Forget: Love Letters from a Writer in Paris, published 2017) represent a deeply personal treasure to Cathy, as well as another glimpse into the personality of “this most gentle man,” they also showcase the private thoughts of one who is perhaps the most prolific writer who has lived in Thunder Bay.

It is no exaggeration to say that both the background and an important character in the bulk of Bill’s body of work is the Thunder Bay area itself. As well, much of his work is thinly-disguised autobiography. Frequently, he took family stories, especially those of his maternal grandmother, Elizabeth Winfield, then set them in a variety of local places with names changed to protect everyone, himself included.

“Bill never wanted to upset family or friends,” Cathy recalls. “He never received negative feedback from them, but one person got into an argument with him about a particular incident that he thought wasn’t correctly told. Bill just said, ‘That’s the way my grandmother told it.’”

Ironically, Bill might not have produced what he did but for the onset of what became a journey of suffering.

“I forget exactly when I began to feel poorly, but it was sometime in the winter of 1983,” he wrote in his 2014 autobiography, Days to Remember. “Poorly” doesn’t come close to describing his symptoms, so severe that he could barely get through a day of teaching, as he put it. Over the next several painful and frustrating years, Bill and Cathy sought medical advice, received diagnosis and misdiagnosis, until doctors discovered a tumour lodged by his pituitary gland. It had been there for an estimated 10 to 15 years. Bill was forced to retire from teaching in 1986. What to do?

“At night and on weekends, as an escape from reality, I worked sporadically on Confessions of a Cornish Miner,” he wrote of his first published novel. By 1988, he had a second novel out, but, as he put it, “the roof fell in”—he needed invasive brain surgery.

Bill MacDonald survived, and after an agonizing and lengthy recovery, wrote many more books and was able to indulge his and Cathy’s love of travel, through Europe, South America, and the Arctic. Several of his novels feature a protagonist encountering a mysterious femme fatale, his spouse Cathy in a variety of guises.

And now, after his death, Cathy has the letters in which he poured out his loneliness and love, a fitting cap on his prodigious body of work. And the Thunder Bay area has an extended love letter in the stories Bill told. 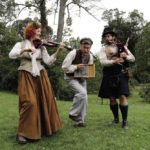 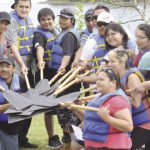 Thunder Bay dragon boat paused, but not dead in the water

Beth Kennedy draws a curtain on an entrepreneurial career

A Dala a Day with Teri Glembin

When People Think About Craft…