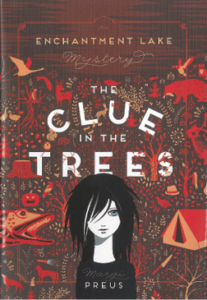 Francie’s brother Theo has secrets—secrets Francie thinks she wants to know. But what if one of those secrets is that Theo is a murderer? To avoid the possibility, Francie focuses on her senior year at a small-town high school near Enchantment Lake in northern Minnesota. But when her long-lost brother turns up, so does a dead body, and once again Francie is drawn into a mystery. A long list of suspects, with Theo at the top, keeps her head spinning. When Francie herself becomes a suspect, she feels like she’s walking on thin ice. And when the pieces start to come together, it might be too late. In this sequel to Enchantment Lake, award-winning author Margi Preus creates another funny, suspenseful and captivating mystery for young adult readers.—Breana Roy

A Bag Worth a Pony 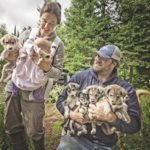 Raising the Next Generation