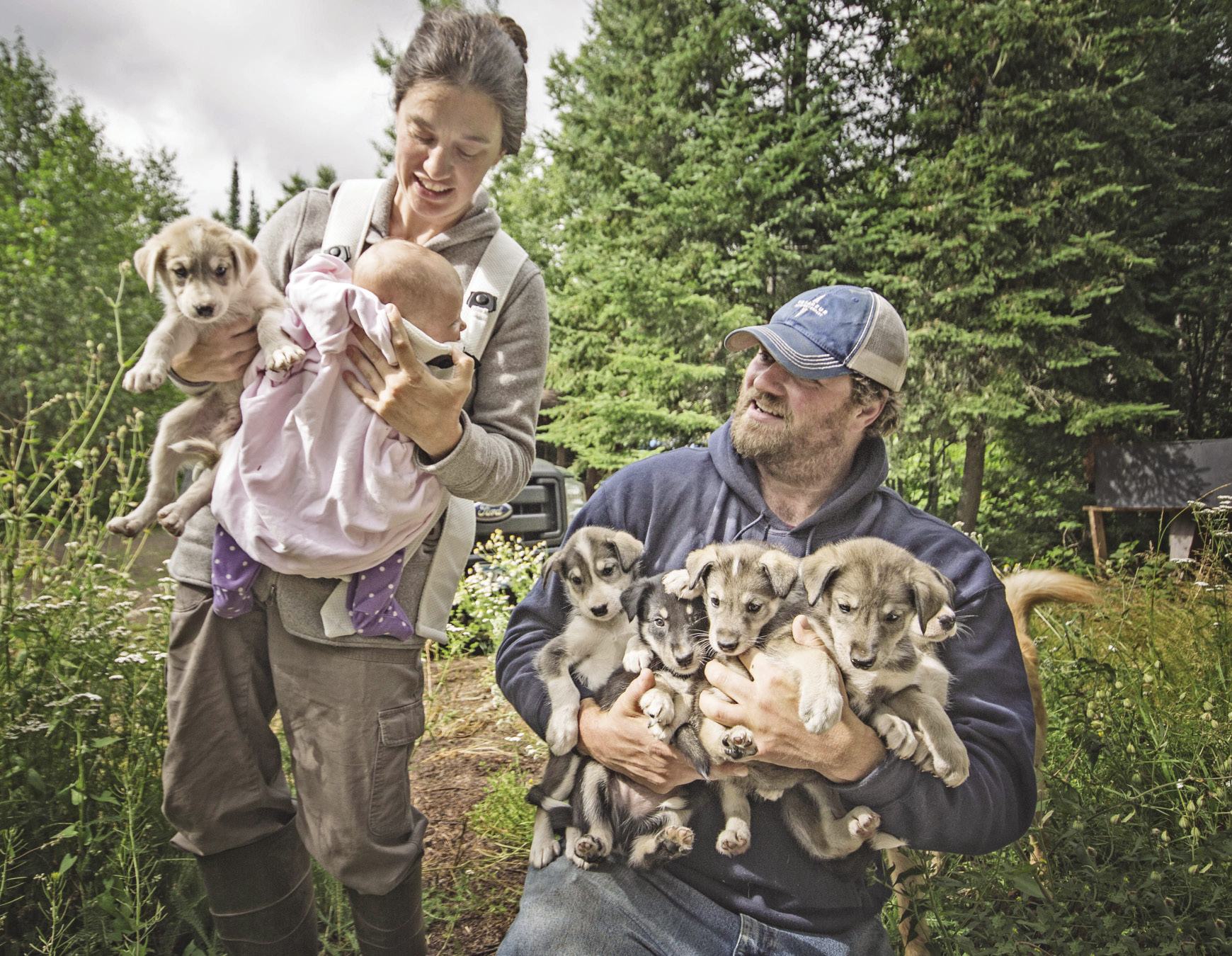 A dog’s average gestation is 63 days, and so on a Monday in June, we made our dog Nancy a cozy spot to deliver her pups.

Nancy appeared to be in the early stages of labor. Her temperature had dropped, which is a sign that puppies are imminent. Twenty-four hours later, her temperature came back up, and she still wasn’t having active contractions. I became nervous. I called our emergency vet in Ely (it was 6 p.m. by then) and the vet didn’t like what she was hearing, so I loaded up Nancy in the Subaru and started the three-hour drive.

Two and a half hours into the drive, I felt sure that Nancy needed a C-section—something must have been horribly wrong. But 15 minutes after that, I heard some grunts and a large whoosh of liquid, then furious licking. I swung over to the side of the road, turned on the hatch light and voila’, a lively puppy.

By the time we arrived at the vet, there were two pups. The vet felt everything was going perfectly, so I turned around and started the drive home, stopping every time I heard Nancy in a licking frenzy in the back. By the time I arrived home at 1 a.m., there were five puppies and later that night, one more.

Three days later, we prepared for our second pregnant mamma, Gabby, to have her pups. We were out of space in the garage by then, so we set up a place at the bottom of our stairwell in the entry way. Her temperature had dropped earlier that day and as Matt and I watched television, we suddenly heard a high pitched “yip-yip!” from the stairs. Gabby’s pups came easy. By morning there
were seven.

With six rockstars (Ozzie, Axl, Tina, Stevie, Sting and Bruce), seven from the baby litter (Temper, Tantrum, Teddy, Twinkle, Itsy, Happy and Hush), and one musher-in-training—Sylvia, born April 24—we are looking ahead to the future of Mush Lake Racing. For now, puppy training consists of hiking Sylvia around in the backpack and 13 pups running helter-skelter through the woods. With past litters, I have been able to count each puppy every so often to make sure we haven’t lost anyone—counting to five, six or seven. With 13, I have to wait until an opportune moment when the entire herd runs by on the trail—there’s four, five—three more is eight—nine through 12 run by and we are missing one. Eventually number 13 goes sprinting past and then I start over. Sylvia squeals in delight from her perch on my shoulders.

Training for the big dogs started August 31 this year, the earliest we have ever trained. But overall, September has been much warmer than last year, so in miles, we are behind. We are adjusting to balancing baby care with running dogs. When possible, we get up early to hook up a team, using the baby monitor to tell us if the baby wakes up. (How a baby can sleep through the noise of a sled dog team hooking up is remarkable.) If she wakes, one of us is on our own to hook up and run. It will only get more difficult as we run further and longer. I envision less and less sleep—a condition for which I am now acclimated with the newborn, but that doesn’t mean I like it.

The race plan will be similar to the past two years. We might both run a team in the Gunflint Mail Run and I hope to run the Beargrease. After that we may venture to Maine or Hudson Bay.

We have six two-year olds who are vying for spots on the race team. We have plans to take the dogs camping more often—especially the two-year olds that will need to learn how to rest on straw at checkpoints and eat voraciously in between race legs.

We find ourselves talking strategy all the time. What can we do to improve on last year’s performances? Should we tweak the training schedule, change their diet or nutritional supplements? For now, we are content to see where training leads and most of all to be running the dogs again. Fall is highly anticipated by mushers and dogs alike and stopping once in a while to just enjoy the colors, the weather, the lack of bugs—that’s northern life at its best.

The Clue in the Trees 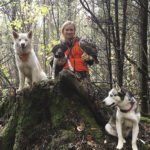 Hunting with Hawks: The Heritage and Tradition