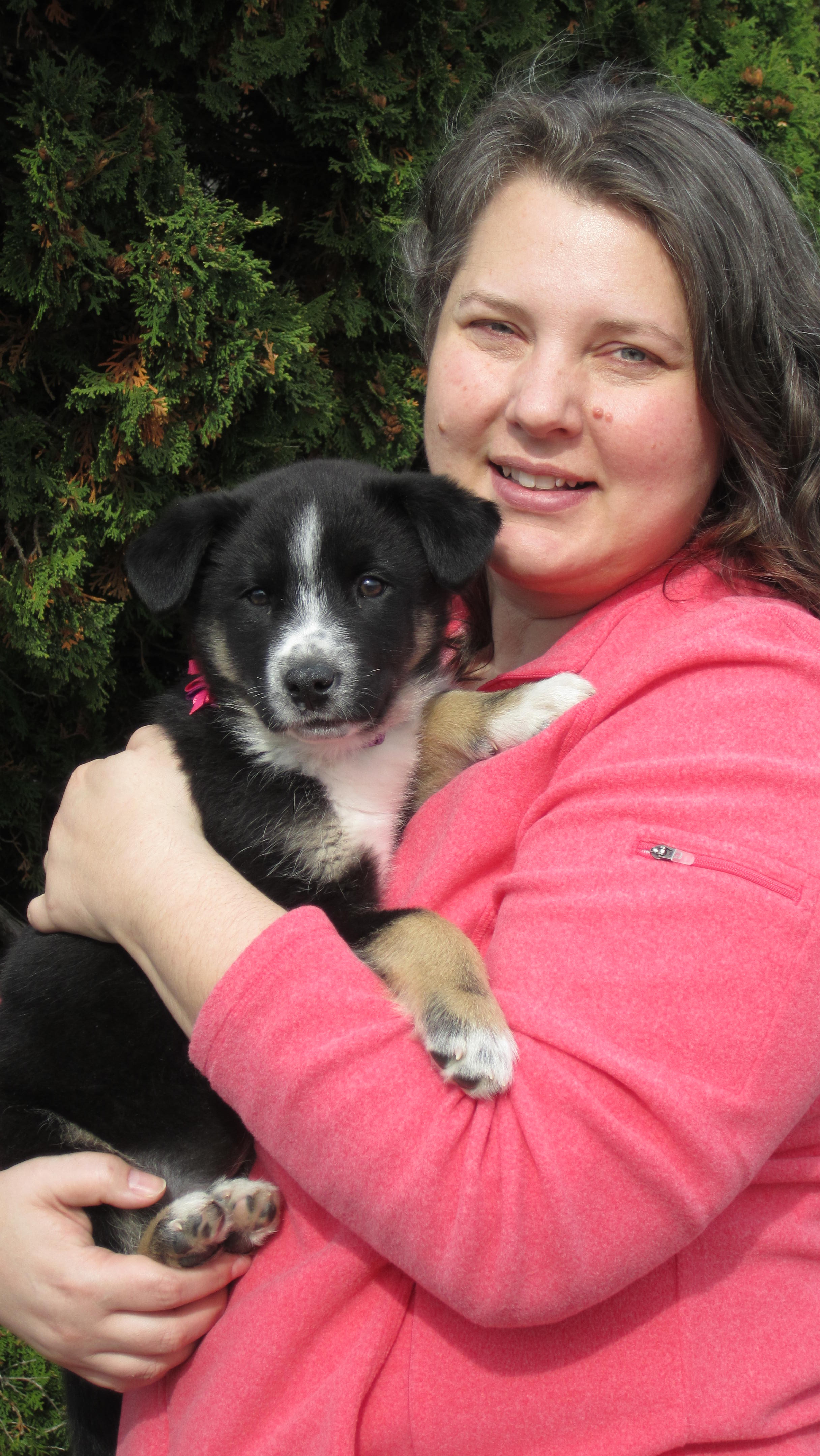 Amber and her new puppy Evee.

Turnabout is fair play. Last spring, my business partner, Amber, accompanied me to International Falls where we picked up my yellow Lab pup, Rainy, from breeder Shannon Brown. Last weekend, we took a half-day excursion to Thunder Bay, Ontario so she could get a puppy.

Amber and her husband, Mike, lost a wonderful mixed breed named Kiki last year to kidney failure. While neither would admit it, their Facebook postings showed both were pining for another dog for some time. A couple of weeks ago, Amber decided she was ready for a puppy. It took another week to convince Mike the time was right.

“He said that if my conscience was telling me to get a puppy, then I should get a puppy,” she said.

She found the pup through Facebook postings from a volunteer rescue organization in Thunder Bay called Paws for Love. Why drive to Canada to get a dog?

“There haven’t been many puppies around town,” she said of Grand Marais. “Everyone is spaying and neutering their dogs these days.”

We met the pup and its “foster mother” at a home in a quiet city neighborhood. We learned the nine-week-old female and her sister had been found on the Sandy Lake Reserve, a remote fly-in community in northern Ontario. The foster mother had been caring for the pup for about three weeks. Also in the home were a young malamute and a precocious four-year-old boy. The pup was clearly well socialized.

Fuzzy as a bear cub and cute as a button, the puppy was just what Amber was looking for. Although the foster mother knew nothing of the pup’s parents, Amber was told that it was likely a husky-lab mix, maybe with some Border collie or Australian shepherd thrown in. Driving home, we decided you could see a little of each of those breeds in the pup’s configuration and coloration, but all you could really say for sure was that she was a mixed breed. And that was just fine.

We always had mixed breeds when I was a kid. They were great dogs. As an adult, I’ve had pedigreed Labs and mixed breeds. I’ve loved all of them. To paraphrase a famous line: a dog is a dog is a dog. If you like dogs, contact with just about any mutt will make you feel good. Yet it is funny how when folks start talking about “my dog,” the conversation often becomes condescending. Dogs, it seems, bring the best and sometimes the worst in people.

For instance, I’ve had several people ask if Rainy is a purebred Lab, to which I answer, “Yes.” With a hint of superiority they reply, “Oh. I always get rescue dogs. There are too many dogs in this world that are in need of a home.” I always feel like they are admonishing me for not doing the same.

A dog is a dog is a dog. If you are looking for companionship or a watch dog, a rescue dog is a great choice. I’m looking for a dog that can flush and retrieve upland game birds and waterfowl, because bird hunting is an important facet of my life. That dog should love water and be relatively low maintenance. Toss in an easy-going temperament so it is a great companion and watch dog, too. Put all of that together and you have a Labrador retriever. And that’s the dog for me.

Of course, in the eyes of some dog owners, not all Labs are created equal. Other Lab owners sometimes quiz me about my dog’s lineage. The proper response is to name off some famous field trial champion, say Reckless Rufous of Boondoggle, as your pup’s parent or grandparent. I have no mind for that sort of stuff and promptly forget the lineage chart that comes with the pedigree paperwork. So I improperly, yet correctly, reply that my dog has a better pedigree than me.

A dog is a dog is a dog. Pedigrees are important for the continued betterment of the breed. A competitive, field trial dog ought to come from the best blood possible. My training skills fall far short of a field trial standard. I’m satisfied with a dog that’s a dedicated, competent hunter and obedient in day-to-day life. My satisfaction in my dog comes not from winning a field trial competition, but from the dog-hunter teamwork that results in birds in the bag.

So it stands to reason that your dog is almost certainly a better hunter than mine. After all, you just told me so. You don’t need to go far in the hunting dog world to find a dog owner who will regale you with heroic tales of his Fido, the wonder dog. Fido routinely makes half-mile water retrieves and unerringly flushes every pheasant from a 40-acre cattail slough. Of course, I’ve never hunted with you or seen Fido in action. I’ll just have to take your word for it.

A dog is a dog is a dog. Maybe your dog is a better hunter than mine. But I’m routinely humbled by my dog’s ability to puzzle out scents and make difficult retrieves. But his hunting abilities are only part of the package. I like the way he stays by my side when I’m trout fishing. His calm demeanor at home is appreciated, too. Sure, he misbehaves on occasion. Then again, so do I.

Of course, my Labradors are not pointers. While there is such a thing, at least within the world of hunting dog marketing, called a “pointing Lab,” the breed is bred to flush birds and, above all else, retrieve them. Pointing breeds, on the other hand, hold a stylish stance as they point to hidden birds so the hunter may approach and flush them. In the realm of dog owner condescension, few are as insufferable as the owners of pointing breeds. In their view, a Labrador retriever or any other dog, for that matter, may as well be a cat. To a pointing dog owner, if you hunt with a dog other than a pointer, you really aren’t hunting at all.

So a dog is a dog is dog…unless it is a pointer. But you know what? I’ll take my yellow Labs or a rescue mutt over some high-strung, stuck-up German shorthair any day. But that’s just me. Choose what you want for a dog. I’m sure it will become the best dog ever. 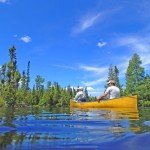