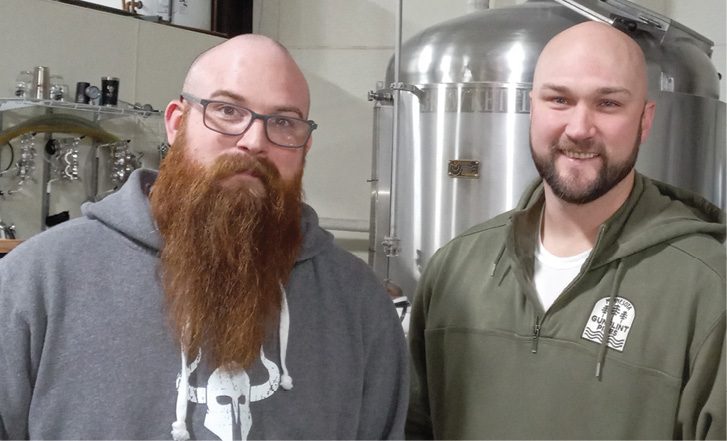 Minnesota boasts nearly 190 breweries statewide and the North Shore is home to a handful, each with their own unique mission and commitment to community. One such business is Warrior Brewing Company in Duluth, owned and operated by two veterans determined to produce some of the regions finest craft beer, while simultaneously continuing to serve and support military, veterans and first responder programs.

Matt Caple, co-founder and director of operations, was first exposed to craft beer and homebrewing while in the Army and stationed in Colorado Springs, CO. After moving back to Duluth, he joined a local area homebrew club, where he continued to refine his craft. Ben Gipson, co-founder and head brewer, shares a similar story. Having had a passion for craft beer, Gipson turned it into a career after his service in the Air Force.

Feeling somewhat incomplete after leaving the service, Caple found solace in continuing to serve veterans, volunteering at the VFW, and eventually co-founding the Lake Superior Warriors—a non-profit dedicated to helping disabled veterans reintegrate back into society following their military service. After meeting Gipson, the two bonded over their interest in creating great brews. They began building their brewery in late 2020 and by the spring of 2021, Warrior Brewing Company was officially in business. They now distribute throughout Minnesota and Wisconsin. Staying true to their military roots, 100 percent of their employees are veterans, as well.

The brewery is open to the public for on/off sales with a comfortable atmosphere among the brewing tanks. The flagship, year-round brews include an Imperial Stout, Lactose Double IPA, and a Golden Ale. Seasonal brews rotate every two to three months and vary depending on the time of year. Gipson says he begins the process with deciding “what do I want this to taste like” and goes from there. Their style of brewing generally generates a higher percentage of alcohol brews and each beer is named to loosely pay homage to different warriors. Caple explains they are not a specific individual’s name, rather they are “celebrating broad clans and tribes.” Patriot, Valkyrie, Samurai, Spartan and Apache are among a few of the beers they’ve created.

A special component of the Warrior Brewing Company is including local non-profits that serve veterans and first responders in the brewing process. These brews created are given a special name and highlighted for a month—50 percent of the profits are then donated to the organization. The next partnership is a statewide effort benefiting the 260 American Legion Posts in Minnesota with the Legion Lager, available throughout February. They welcome requests from non-profits to be featured.

To learn more and read their whole story, visit: warriorbrewingco.com.

Travel just 30 minutes up the shore to Castle Danger Brewery in Two Harbors to experience another community-based business with a passionate mission. Castle Danger Brewery was established in 2011 by Clint and Jamie MacFarlane as a small, three-barrel production brewery in the small, unincorporated township of Castle Danger. For three years, the duo sold growlers out of their small location, but after outgrowing their space, the brewery moved to Two Harbors in 2014.

Now, their large tap room and sprawling deck serves as an inviting space for their weekly highlight of events, ranging from Teacher Tuesdays, Pizza Night and live music on Fridays and Saturdays. Castle Danger Brewery also hosts the annual White Pine Project where a seedling is given with each purchase of a brew during Arbor Day weekend, and they also engage volunteers for an Earth Day clean up each year.

Castle Danger flagship brews include a stout, IPA and a premium lager and are distributed state-wide and in parts of Wisconsin and North Dakota. Their pilot system beers are available once a month or so, with a batch being only three barrels versus the typical 30 barrels of other brews. February’s brew will be very limited over President’s Day weekend and available only in the tap room.

The brew team has creative freedom in creating the seasonal and specialty flavors and in naming each batch. Some are inspired by a local partnership, like the small business focus this winter in the 218 area code, which resulted in a 2.1.8 IPA.

“It is great to work with local businesses throughout the year to create something special for the community,” says marketing and events manager Maddy Stewart.

To follow the release of their newest brews and history, visit: castledangerbrewery.com. 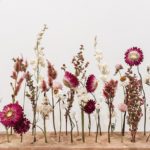 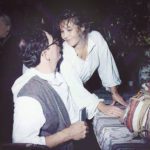