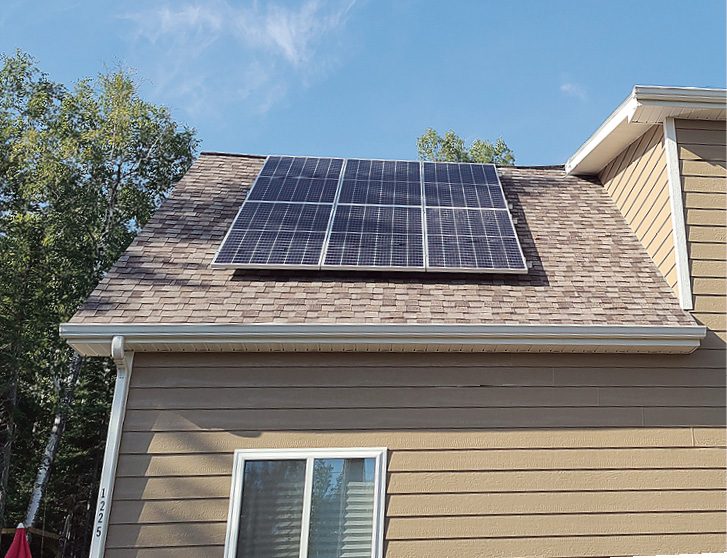 Agne Smith has been interested in sustainability and the idea of solar power for quite some time. “I’ve always liked the idea that you can harvest the sun and use it for electricity—it’s amazing,” said Smith, a longtime resident of Grand Marais and a solar owner.

But with the cost and hassle, actually getting solar panels installed on her home felt like a long shot. “It always seemed so expensive, I just didn’t know when I would be able to get to it,” she said.

Then, in 2020, that changed when she heard about the Solar United Neighbors (SUN) Duluth and Arrowhead Solar Co-op. SUN is a national nonprofit that helps people go solar and has completed over 350 solar co-ops helping over 7,500 people go solar. Locally, the Cook County Local Energy Project (CCLEP), Minnesota Interfaith Power and Light (MNIPL), and One Roof Community Housing partnered with SUN to promote the solar co-op.

At a SUN solar co-op info session Smith learned the basics of solar technology, the economics of solar, and how the solar co-op works to save members time and money.

“All of the sudden, it seemed doable,” said Smith. So, she joined the solar co-op.

Key to the process is that the solar co-op leverages group purchasing power to get the best price and service on solar installs. SUN solicits bids from solar installation companies in the area. A committee of solar co-op members reviews the bids and picks the best offer.

For Smith’s solar co-op, the selection committee chose Wolf Track Energy of Duluth as the installer.

Smith sent Wolf Track information about her electricity usage and they created a proposal for rooftop solar for her home.

Smith purchased her home through a program run by One Roof Community Housing that helps low and moderate income residents become homeowners. Because of that SUN helped secure additional funding for her project and One Roof staff worked closely with her to make sure it was financially viable. With the discounted group rate on panels and this additional funding, she realized she could make it work. Smith signed the contract and a few months later, panels were being installed on her roof. Due to her roof size and household energy consumption, she ended up getting a 3.33 kWh system that includes nine panels (three on the upper roof, six on the lower roof).

These days, her energy costs are much lower and she sees electricity credits from her utility for her solar production on her monthly bill. For most months, solar covers about half of her bill. In the sunnier months, it’s a lot more. “Almost all of my August bill was covered by the sun,” Smith said. Her smaller bills are a result of using the solar power and the credit she receives from the utility company for the net electricity generated.

Similar to other Minnesotans with solar, her array is connected to the electric grid. When her panels produce power that her home isn’t using, it’s diverted to the grid and shared with neighbors. She’s paid by her utility for the power that’s sent back to the grid for use by others. This process is called “net metering.”

“When the sun is out and you are producing energy, the electricity you don’t use literally goes to your neighbors,” King said. “Net metering encourages homeowners to go solar and recoup their investment in solar. It encourages distributed solar which is essential to a more sustainable and resilient electrical grid.”

Smith’s experience with the Duluth and Arrowhead Solar Co-op demonstrates the reason the group exists in the first place; to make going solar easier and more affordable—and to make solar dreams a reality!

Even though the cost of solar has fallen dramatically in the last decade, it has still felt out of reach for many families. Not to mention that figuring out if your home is good for solar, how many panels you’ll need, what your electricity bill will look like after solar, how long it will take to pay off the system, and finding an installer who you trust can all feel like a giant headache.

Before joining the co-op, Smith had questions like, “How much is it going to cost? How am I going to get everything organized?” But joining the co-op gave her “all of the resources and knowledge” she needed. She suggests that anyone interested in solar check out SUN’s solar co-ops.

And with the passage of the Inflation Reduction Act (IRA) in August 2022, the federal solar investment tax credit was increased to 30 percent and extended for another 10 years. This means that 30 percent of the cost of going solar can be used as a credit against federal income tax owed. The IRA also expands this incentive to entities that don’t pay federal income tax like schools, local governments, and churches by offering a cash reimbursement. The IRA includes other clean energy incentives, like home battery storage and electric vehicle chargers.

The solar co-op helps folks get solar and solar helps lower electricity bills. But it does more than that. It lets people have agency over where their power comes from. It also supports the growing clean energy economy in Minnesota. And, it creates a more resilient electricity grid and generates energy locally.

Go solar with the solar co-op!

The Duluth and Arrowhead Solar Co-op is open to new members and is free to join. There is no obligation to go solar. Learn more and join online at: solarunitedneighbors.org/duluth. 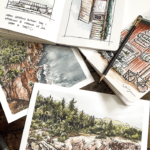 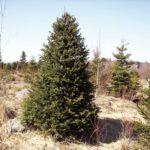