The two units will be available until 2020 should they be needed for overall grid reliability. In 2020, Minnesota Power plans to cease coal operations at Taconite Harbor and identify alternate uses for the plant, including refueling, retirement or making use of the facility in some other way. About 40 employees work at Taconite Harbor. Minnesota Power has said it will work with employees to find other roles for them within the company.

What will happen to the plant and related infrastructure after coal operations end at Taconite Harbor? The facility contains valuable port, rail, transmission and power generation infrastructure. Minnesota Power will work with the North Shore community, economic development professionals, local elected officials and business leaders to explore new uses for the facility and other development opportunities.

The closure is part of an overall company plan called Energy Forward. Minnesota Power is transitioning to a cleaner energy strategy that is more renewable energy, less coal, the addition of natural gas, and a commitment to help customers be more energy efficient. These efforts will result in a power supply that is one-third renewable energy, one-third natural gas and one-third coal.

The company’s accomplishments so far include:

• Investing about $300 million at Boswell Unit 4 in Cohasset, Minn., to reduce emissions of mercury by 90 percent and also reduce levels of particulates and sulfur dioxide. A similar investment at Boswell Unit 3 was completed in 2010.

• Invested to improve efficiencies at its hydro stations. Minnesota Power is the largest producer of hydroelectricity in Minnesota.

The Taconite Harbor closure is part of the strategy to further reduce the use of coal. The company will add 200 to 300 megawatts of cleaner-burning natural gas generation by 2025. Natural gas has about half the carbon dioxide emissions of coal. The ultimate size and location of the facility are still to be determined.

Solar and hydro power production will play a greater role in the future. The company will add 33 megawatts of utility- and community-scale solar power to meet Minnesota’s solar energy standard, including a 10-megawatt array at Camp Ripley in central Minnesota and community solar gardens. It also plans to develop and build the Great Northern Transmission Line to deliver more than 350 megawatts of hydroelectric power from northern Manitoba to Minnesota in 2020.

The company will help consumers save energy, too. Minnesota Power will provide its customers more tools and technology through energy efficiency and conservation programs and offer other new program options to help them reduce how much electricity they use.

Minnesota Power doesn’t plan to eliminate all of its coal-fired generators. The company needs base load coal-fired energy to ensure 24/7 reliability and to maintain reasonable cost for all customers. It will continue to operate units 1 and 2 at Boswell Energy Center in Cohasset. With the 355-megawatt Unit 3 and the 585-megawatt Unit 4, the four generators at Boswell are capable of producing more than 1,000 megawatts. The Boswell facility’s economies of scale provide an economical base load power supply. Aforementioned investments in emissions control technology at Boswell 3 and 4, improved efficiencies and reduced emissions of mercury by 90 percent and also reduced levels of particulates and sulfur dioxide.

The move away from coal may come with higher electrical rates for customers. The company says the cost of electric power will go up as societal expectations change and the nation moves to a cleaner and more sustainable energy supply. It believes Energy Forward is the best way to keep costs reasonable compared with other alternatives.

Nationwide, other utilities are reducing their reliance on coal. The transition to a more diversified power supply is already underway in Minnesota and across the United States. All utilities are looking at how they generate electricity to determine their best generation mix for the future. According to a recent report from SNL Financial, a business research and analysis firm, more than 12,000 megawatts of coal will be retired in 2015 and another 7,300 megawatts of coal-based power will shut down in 2016. 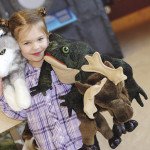 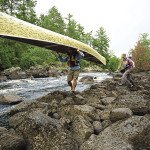 Explorers to spend a year in the Boundary Waters