When it comes to the management of America’s natural resources, Congress giveth and Congress taketh away. This simple truth is lost to those who criticize the agencies charged with managing the resources and, sadly, often by the media that reports on the critics. But Congress passes the laws that guide agency management activities and appropriates the funding that allows the agencies to accomplish the work.

On our national forests, Congress has created a situation where the process of selling timber involves lots of time-consuming paperwork and congressional budget appropriations fall short of what is needed to actually complete all of the planned work on the ground. This has reduced the output of wood from the national forests and led critics to say that other entities could do a better job of managing the forests.

Kent Jacobson, timber business program consultant for the DNR Forestry Division, says the partnership will begin with pilot projects, a roughly 100-acre timber sale on each forest. The Forest Service staff will be responsible the initial paperwork. They will identify the acres they want to treat (manage) with an opportunity analysis, take the proposed treatment through the National Environmental Policy Act (NEPA) process and establish legal property boundaries.

The DNR will take it from there. Forestry staff will run the lines to lay out the sale sites. The Good Neighbor projects will likely be sold as part of the DNR’s timber auction process. The state will also collect the money from the sale, which will then be returned, less an administrative fee, to the national forest.

Jacobson said that unlike Forest Service timber sales, where the money goes to the U.S. Treasury, revenues collected from Good Neighbor projects will stay in the forest.

“The Forest Service can use the funds for future management on the forest,” Jacobson said. “This may potentially increase the money available for work on the forest.”

Good Neighbor projects will be in addition to what the Forest Service plans to accomplish with its work plans, says Kris Reichenbach, public affairs officer for the Superior National Forest. While timber production will be an outcome of Good Neighbor projects, the timber sales will be used to accomplish the agency’s management goals, such as stand regeneration, thinning or fuel reduction.

On the Chippewa National Forest, the proposed pilot project is a thinning of an 80-acre red pine plantation. Jim Gubbles, timber program manager for the Chip, says it’s a project that wouldn’t happen otherwise.  He is excited to begin working with the DNR on Good Neighbor projects. As a former DNR forester, he is familiar with the state’s operation and believes they will bring new efficiency to forest management on the national forests. It will also allow management to be accomplished across property boundaries.

“In Minnesota, we have adjacent state and federal land,” he said. “Our district offices and DNR Forestry offices are close to one another. The management opportunities are much broader than putting more wood into the marketplace.”

Another federal/state project on the Chippewa will be the treatment of a black ash stand that lies on adjacent national forest and state lands. The treatment is intended to diversify the stand in preparation for the eventual (and likely inevitable) arrival of a deadly invasive pest, the emerald ash borer. The site includes 15 acres of national forest land where, after thinning the black ash, other tree species such as balsam fir, black spruce and tamarack will be planted.

Does the DNR have the staffing to take care of Good Neighbor projects? Jacobson said yes, especially since both parties are easing into the program. He hopes the Forest Service will choose to make use of the program and develop a project plan. If so, the DNR will be able to hire additional Forestry staff to accomplish the work.

Cutting more timber on the national forests won’t result in overharvest, because the Superior and Chippewa have annual Allowable Sales Quantities (ASQs) in their existing forest plans. Wayne Brandt, executive director of the Minnesota Timber Producers Association said that the Chippewa has been harvesting close to its ASQ, but that “much more opportunity” for harvest exists on the Superior. That national forest has an ASQ of 102 million board feet. In recent years, it has been selling about 40-45 million board feet. Brandt said that if the Good Neighbor program allowed the annual harvest to increase by 20 million board feet, this would amount to about 2,000 acres of additional harvest per year.

“This might give the Forest Service the opportunity and incentive to do additional larger, say 200-acre cuts for moose management than they are presently doing,” Brandt said. “They might be able to do 10 more moose management projects annually.”

Jacobson said the additional logging would be good for the northern Minnesota economy, citing a statistic that for every one dollar of stumpage sold 40 dollars returns to the local economy. Another benefit, he said, would be a greater amount of early successional forest, which benefits wildlife species such as ruffed grouse, deer and moose.

Reichenbach said Good Neighbor program will allow the Forest Service and DNR to build on what already is a good working relationship. Since the pilot projects are just beginning, it is too early to predict how many will occur in the future.

“We hope there will be a lot of them,” she said. 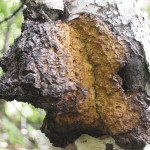 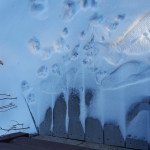 Points North: The season of the wolf