A friend once told about the time he broke through the ice of the Mississippi River backwaters on a December foray for bluegills.

“There was no warning,” he said. “The ice didn’t crack or groan. It just broke and I fell through.”

The lesson he learned was that you never know you are standing on thin ice until you are soaking wet. It’s a lesson I’ve learned, too.

I can’t remember the first time I broke through thin ice. I’ve been coming home with cold, wet feet since I was old enough to play outside. Funny how some things never change, because I still do.

One episode during high school remains memorable. For a couple-three years during the 1970s, the stream trout season opened statewide on March 1, rather than the traditional mid-April date. Although our favorite creeks were buried beneath snow and ice, my friends and I went fishing anyway. We chopped holes (this was back in the chisel days when ice fishermen were, well, men and augers were shaped like spoons) in the deep pools where brook trout wintered and even caught a few.

On this particular day, I was the first one on the ice, a ponded area on a tiny creek. As I reached the center of the pool, the ice collapsed, leaving me standing in two feet of water. The air temperature was around zero. We were about a mile from my home. My friend, the only one of us old enough to have a driver’s license, was behind the wheel and thus in control. He promptly drove us to another creek, passing my house on the way. He refused to stop, because, hey, we were fishing. It was a long afternoon, but I caught a couple of brookies. When I got home, I had to cut the laces of my Sorels to get my frozen boots off my feet.

If you think I learned a lesson that day, think again. I am not only still friends with the guy who drove past my house, but I still get cold, wet feet. For instance, it nearly always happens on late season pheasant hunts. We all like to get out there when the cattail sloughs freeze and the roosters, presumably, hold tight in the heavy cover. Even if the sloughs have been subjected to sub-zero weather, you can just about bank on breaking through the ice at least once during the course of the hunt. I once heard of a hunter who lost a black Lab in a cattail slough. All he found was a hole in the ice.

I nearly lost a yellow Lab on a frozen North Shore river. I was ice-fishing on the Temperance on the big hole below the highway. The ice was safe where I was fishing, but there was open water at the head of the pool. My first yellow, Rebel, was about six months old. He ventured near the open water and fell in. He was unable to climb on the ice to get back out.

Sometimes you act first and think later. The ice near the edge of the open water was thin—really thin. I laid on it with my arms outstretched to spread my weight and crawled forward. When I was just close enough, I grabbed the struggling pup by his collar and heaved him on the ice. Somehow, we both made it back to terra firma. It was a foolish move, but no less foolish then taking a pup to such an unsafe place in the first place.

In the past, I occasionally took shortcuts on fresh ice. Back in the 70s and 80s, we used to get subzero weather during the November deer season, a rare occurrence these days. Once I walked across the frozen bay of a lake and broke through on my final step to shore. Another time my father and I stepped out on the far side of a small lake at sunset. We faced a choice. We could walk the new ice along the edge of the lake to reach a winter road that crossed a spruce bog; the most direct route of a long hike out. Or we could go back the way we had come and crash through the brush in the dark for more than a mile to reach the same winter road. Dad opted for the thin ice. I followed 50 yards behind him. It was a little dicey when we skirted around open water near an active beaver lodge, but we made it.

Venturing on the ice of Lake Superior is always an experience. I’ve clambered over pressure ridges of pack ice off Wisconsin Point where you could see open water through gaps in the ice. My cousin once told me about coming back from lake trout fishing riding two-up on a snowmobile and discovering they had to cross a four-foot open lead. He didn’t care to do it again.

Once, we drove two pickups on the ice of Thunder Bay. It was March and a hard rain the previous week had melted the snow, leaving slick, black ice. Far off on the open lake, we could see waves breaking against the edge of the bay’s ice. We were about two miles out when we decided to set up and fish. Thunder Bay’s ice was thundering: boom, Boom, BOOM! We tried to fish, but the ceaseless noise was unsettling.

We decided to split up, driving the trucks in different directions. Maybe with less weight concentrated in one place, the ice wouldn’t boom. My friend and I found another place. The thunder at our feet continued. I decided to move the truck 100 yards away to see if that helped. As I started to get out of the truck, I could see my friend trudging across the ice toward me. “It didn’t matter,” was all he said as he climbed in.

At this point, admitting defeat was the better part of valor. We started driving off the ice, but the booming seemed to grow louder. That’s when we noticed spider webs of cracks in the ice radiating from the moving truck. We made it to shore, driving around a pickup that had broken through just off the landing. I haven’t driven on the ice since then. Anywhere.

Sometimes, thin ice just happens. My cousin and I were hiking across Rose Lake in the Boundary Waters. Rose is an expansive, deep, lake trout lake on the Canadian border. Such lakes are slow to freeze up. It was January during a mild winter. We were a quarter mile or more from the nearest shore and decided to check the thickness of the ice. When we kicked away the few inches of snow covering it, we saw water seeping through a hairline crack. We immediately separated and walked toward shore. Later, when we set up to fish, we found several inches of solid ice near the shoreline, but it became thinner as you moved further out. Another lesson was learned.

And that is why last weekend I declined an invite from a friend who planned to head into the Boundary Waters to fish for lake trout. Just about everyone I knew said the ice conditions on the deep lakes were unpredictable. My friend went anyway. He says the ice was fine and the trout were biting. But I won’t second guess my decision. Better ice and three months of winter trout fishing are ahead. 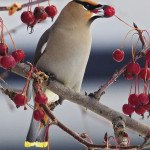 Cowboy militia seems out of place in the New West