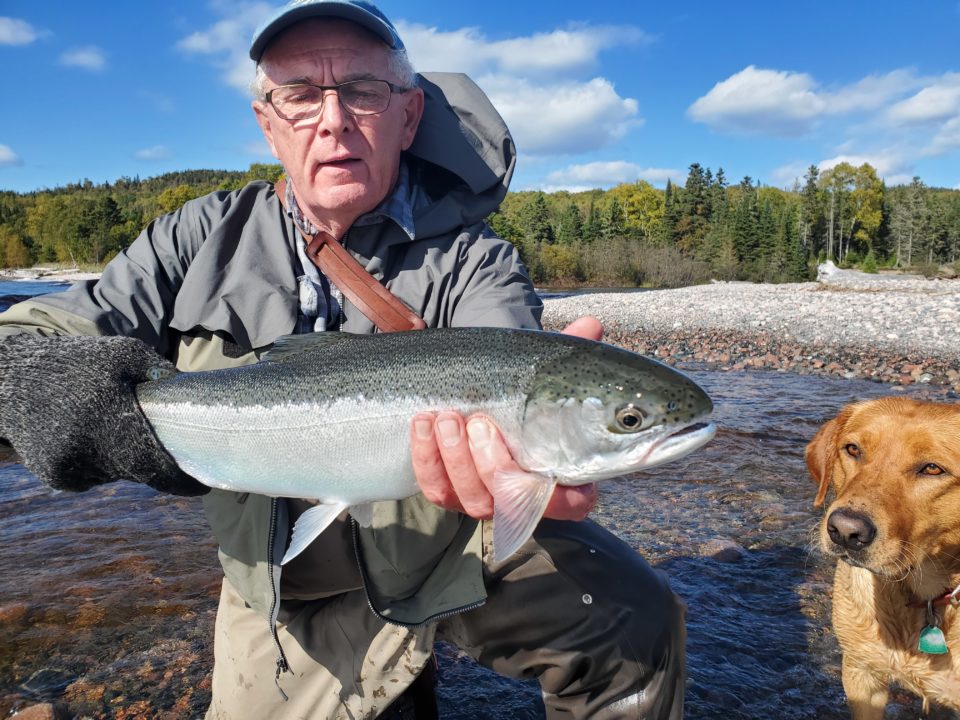 Wild Lake Superior steelhead like this one are prized by anglers. | SHAWN PERICH

A change in the strain of rainbow trout stocked in Lake Superior by the Minnesota DNR marks the dawn of a new era for North Shore anglers.

For decades, the agency raised domesticated Kamloops strain rainbows in hatcheries for stocking in Lake Superior tributaries. The “loopers” as they are called by anglers, behave differently than the lake’s wild rainbows, called steelhead. The loopers remain near shore and in the vicinity of stream mouths from autumn until spring, where they are avidly pursued by anglers in open water and through the ice. In the spring, they entered tributary streams to spawn, as do steelhead.

One difference between loopers and steelhead is a legal matter. The DNR clipped fins on loopers prior to stocking to identify them as hatchery fish. Anglers are allowed to keep three, clipped-fin rainbow trout at least 16 inches in length. Rainbow trout without a clipped fin must be released. The intent of rule is to protect wild steelhead, which are prized by anglers for their sporting qualities, while allowing them to bring home a stocked fish to eat.

Although they are both large rainbow trout (weighing 3 to 10 pounds), stream anglers believe the hatchery-raised loopers don’t fight as hard as wild steelhead and consider them an inferior sport fish.  Anglers who fish for food didn’t share this somewhat snobbish distinction and were satisfied to catch Kamloops they could take home and eat.

Biologically, loopers are less robust than their wild kin. Bred for many generations in hatcheries, they lack the vigor of wild steelhead, which are adapted to survive in the cold, harsh environment of Lake Superior’s North Shore. Biologists and some anglers were concerned that interbreeding between loopers and steelhead would be detrimental to the wild fish. Genetic testing revealed interbreeding was occurring in Minnesota tributaries. Because they could be identified by their clipped fins, biologists learned the Kamloops roamed far and wide. They received reports of loopers entering spawning streams from Wisconsin, Michigan and Ontario.

This was a problem. Lake Superior’s fisheries are managed by two countries, three states, one province and a number of tribes that are members of the Great Lakes Fishery Commission. By agreement, one agency can’t have a negative impact on fisheries managed by another jurisdiction. It was possible Kamloops were interbreeding with wild steelhead beyond Minnesota’s borders. The DNR had to take a hard look at the popular stocking program.

Ceasing Kamloops stocking meant that anglers who liked to keep fish to eat would no longer be able to do so. Anglers strongly support catch-and-release for wild steelhead and would oppose any rule change that allowed steelhead harvest. Fisheries managers sought a solution that allowed for rainbow trout harvest and protected wild steelhead.

The DNR developed a hatchery program based on wild steelhead. Eggs are collected from wild steelhead captured during the spring spawning run in the agency’s fish trap on the French River and taken to the Crystal Springs Hatchery, where they raised for several years to maturity. Then they become the brood stock for hatchery production. Offspring of the brood stock are raised in the hatchery for one year and are then fin-clipped and stocked in Lester and French rivers near Duluth. The hatchery-raised steelhead are genetically the same as wild fish. Every year, eggs for a new generation of brood stock is collected from the wild, ensuring the strain doesn’t become domesticated in the hatchery.

Goldsworthy said the first stocking occurred in 2018. He’s heard reports of anglers catching 14-inch fin-clipped fish from that stocking this spring. They are still catching a few Kamloops, too. Unfortunately, 2019’s stocking fell short of the DNR’s goal of 120,000, due to a production hiccup. The DNR has shut down egg-taking operations for 2020 because of social distancing concerns. But Goldsworthy is optimistic the steelhead stocking program will be biologically sound and successful.

“I’m excited to see how the new program plays out,” he said.

Anglers who practice catch-and-release find good fishing for wild steelhead all along the North Shore when they enter tributary streams to spawn in the spring. Since 1996, the DNR has conducted a creel census along the North Shore to monitor catch rates and angler satisfaction. According to a DNR report on the 2018 spring creel survey, anglers caught an estimated 3,242 steelhead, which was higher than the historic average of 2,878. The estimated shore-wide catch of Kamloops was 1,442, which was lower than the historic average 2,422. Creel clerks are not working this spring while social distancing restrictions are in place. 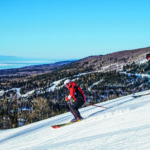 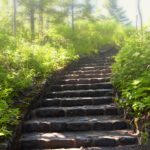