What can beat watching the stars on a lazy summer night? Our first treat comes early, when Mars makes a close pass over the bright star Regulus in Leo, the lion. Looking to the west around 10 p.m. on June 6-7, you’ll see the reddish planet less than half a degree above Regulus, anchor of the Sickle of stars forming Leo’s head.

Mars is now traveling eastward against the background of stars, heading toward Saturn, the bright light below Leo’s hindquarters. But the stars move eternally westward, thanks to Earth’s orbit of the sun. Like fish struggling in vain against a current, Mars and Saturn are being swept with them toward the west, where Venus, now a brilliant “evening star,” awaits.

Venus is always lovely, but especially so on June 14. If skies are clear, we’ll see a crescent moon hanging below the planet, forming a celestial semicolon. Venus has another fine moment on June 20, when it glides just north of the Beehive star cluster. But during July the planet sinks steadily lower as it starts coming in for a pass between Earth and the sun.

In mid-June the kite-shaped form of Bootes, the ploughman, sails high in the south after nightfall. At its base is Arcturus, a brilliant star whose orbit slices through the disk of our Milky Way galaxy. Most stars, including our sun, orbit within the disk.

In July, the sinuous form of Scorpius, with its bright red heart Antares, rears up in the south. Above its tail tips the spout of the well-named Teapot of Sagittarius.

June’s full moon arrives on the 26th at 6:30 a.m.—an hour after it sets in the west. July’s is kinder, though. It arrives on the 25th, reaching fullness at 8:37 p.m., almost exactly the moment it rises (as seen from Ely). If you like round moons, it doesn’t get any better than this. 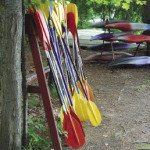 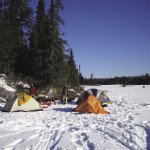