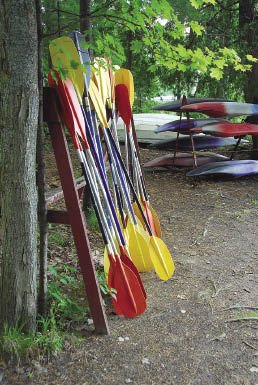 Looking for a paddle?

These days selecting a paddle can be a complicated and sometimes overwhelming process. With materials and designs of paddles constantly evolving, consumers have more options than ever to choose from. To help you make sense of the plethora of paddles available, local paddling experts have weighed in on what’s what in the world of paddles.

Traditionally, canoe paddles are straight with a basic design of a handle leading down to a wide blade. Straight paddles continue to be used today, especially for whitewater paddling where the long straight shaft allows paddlers ease in maneuverability.

“Lots of people like straight paddles,” said Chuck Newberg of Spring Creek Outfitting in Mountain Iron. “But I like to say, ‘once you got bent, you don’t go back.’”

The bent shaft paddles Newberg spoke of are paddles with a handle that bends away from its blade. Developed by canoe racers in the 1970s, the paddle’s bend allows the blade to spend more time in the water during each stroke than with a straight paddle.

“In flat-water situations bent shafts are an advantage,” said Steve Piragis of Ely’s Piragis Northwoods Company. “They’re more ergonomically efficient. Because the shaft is bent, they’re more vertical in the water. The more vertical the blade is during the stroke, the more force you have.”

Because a kayak or canoe must be paddled on both sides to go in a straight line, double-bladed paddles are used for kayaking to eliminate the need for solo paddlers to constantly switch which side they’re paddling on.

With its long, narrow blades, the low angle paddle is the most commonly used among recreational kayaker. The high angle has shorter, fatter blades designed for the fast, aggressive strokes of competitive kayaking.

Paddles are constructed from a wide variety of materials including aluminum, wood, fiberglass, and carbon fibers. Straight shaft aluminum paddles remain the most economical option said Newberg, and while he considered wooden paddles the prettiest, he says the light weight of fiberglass and carbon offers paddlers a lot of advantages.

“Every ounce counts,” said Piragis. “Every time you have to swing that paddle the weight adds up. A little bit of weight saved can save a lot of energy over the course of five miles.” 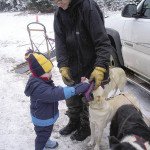