Last week, a fed-up Minnesota lawmaker made the news when she announced on the House floor that it was time for her colleagues to break up their card game in the “Retiring Room” and get to work. Her blunt statement was so revealing of the way our legislators “work” that it made national news. Those card-shark politicians really done us proud.

To anyone who is paying attention to natural resource legislation this year, it’s pretty clear that the Minnesota Legislature is better at playing cards than making law. What is less clear is who our duly elected truly serve, because it sure isn’t Minnesota’s outdoor-loving public. Here’s a case in point: A bill declaring a moratorium on acquiring public access to public waters that do not have a public access site. In other words, this is legislation intended to prevent Minnesotans from having access to public waters for fishing, boating and other activities. Who, pray tell, does such legislation serve?

Then again, once the crowd at the State Capitol are finished, our public water may be too polluted for fishing or anything else. As Outdoor News columnist Steve Carney observed, some of our surface water is already so polluted it will kill a dog that takes a drink. You would think the lawmakers in this Land of 10,000 Lakes would be so alarmed by such an observation that they would pull out all the stops to make clean water a priority. Surely, that’s what they would do if they truly served the public. Instead, the Legislature intends to double down on water pollution.

Said Clark, “…we now have this full frontal assault on Minnesota’s pretty decent, until now, bedrock protections for clean water, environmental review and a host of other values that have been in place in some cases since the 1970s.”

Said Morse, “It feels like open season on all our fundamental policies, a multitude of attacks on just about every issue imaginable, from clean water standards to local government authority to pipeline permitting.”

The two men presented a laundry list of legislative efforts that you could sum up as a dirty water agenda. Topping the list is undoing the new buffer rules intended to protect public waters from agricultural runoff, including what Meador terms an illegal diversion of Legacy funds to compensate landowners. For hunters and anglers, that move just adds insult to injury.

Next up is weakening clean water standards and enforcement. The Legislature doubles down here by weakening the rules for feedlot operations by doubling from the existing size of a proposed feedlot that requires an environmental assessment. Oh, they also are removing a requirement that the Minnesota Pollution Control Agency set health standards for dust exposure at frac-sand mines. About all you can conclude from these proposals is that our lawmakers are from another planet, because they apparently don’t exist by drinking clean water and breathing clean air like the rest of us.

Clark and Morse talked about other things, such as how the Legislature is imposing two-minute limits on public testimony, seeking procedural changes to make it more difficult for state agencies such as the DNR and MPCA to apply existing pollution laws and hiding its dirty water bills in large omnibus legislation with many other, often unrelated, items. This makes the bad bills harder to track or call out for debate and provides political cover for politicians who vote for an omnibus package that includes them.

Clark and Morse had more to say than what is summarized here and they didn’t even talk about the proposed DNR fee increases. Every few years, the DNR goes to the Legislature seeking increases for hunting and fishing licenses, snowmobile and ATV registration, state park stickers, etc. They need to do so to keep up with rising costs. This year the DNR came forward with modest proposed increases: a resident fishing license would go from $22 to $25, a resident deer tag from $30 to $34 and a three-year ATV registration from $45 to $60.

And the Legislature said, “No. Heck no!”

Driving home from work last week I listened to a Minnesota Public Radio story about how fishing license fees support everything from fish stocking to putting conservation officers in the field, pointing out that the state presently has over 20 vacant conservation officer field stations. A legislator interviewed for the story said he opposed the fee increase because the DNR was in need of “reform” and constituents he talked to at the coffee shop didn’t feel they were getting sufficient “bang for their buck.” At a time when you can easily drop $25 at the bait shop before heading out for a day’s fishing, that kind of disingenuous political tripe does nothing more trigger a gag reflex. Go back to your card game, buddy.

The state park situation is outrageous. Minnesota’s state parks are hugely popular and setting annual attendance records, but the Legislature again doesn’t want to pony up the money to keep them open and operating. The DNR proposed raising the annual park pass from $25 to $30. And the Legislature, you guessed it, said no.

But here’s the kicker. In a story titled “Minnesota state parks face major budget squeeze,” the Minneapolis Star-Tribune reports that state parks once received one-half of their funding from the state’s General Fund, with the rest coming from park fees and other sources. These days, the General Fund contribution is only one fifth of the budget, with the rest, according the Star-Tribune, coming from “dedicated funding streams such as the state’s 2008 Legacy Amendment, lottery money, licenses and recreational fees. That means the majority of its money is committed to specific goals.” It also means the Legislature has used Legacy funding to supplant what was once considered a General Fund obligation. Thanks to the Legislature, we are not getting the bang for our Legacy bucks.

It is hard to see how any red-blooded Minnesotan could vote to pollute our waters, foul our air, deny public access and limit outdoor recreational opportunities. It is harder still to understand how any lawmaker can do so and say they are representing the will of the people. The card sharks in the statehouse must think Minnesotans are not paying attention. 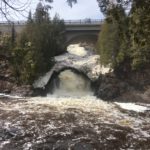 Could Cook County Grow its Own?