Last week, Outdoor News columnist Joe Fellegy reported on a topic that begs for more attention: the sudden surge in smallmouth bass numbers across northern Minnesota. He interviewed a number of seasoned anglers who agreed that smallmouth bass have become abundant in many waters where they were once uncommon or nonexistent. Fellegy writes that although fisheries biologists and anglers are aware of the sudden proliferation of smallmouths, fish managers haven’t yet responded to this significant shift in the state’s fisheries.

Imagine if Asian carp suddenly appeared in northern Minnesota waters. No doubt there would be swift and wide-reaching management response. The smallmouth bass surge is a similar invasion of new waters and may lead to undesirable changes in existing fish populations. A biologist friend once told me a productive walleye lake can “flip to bass,” meaning smallmouth become the predominate predator. Most Minnesota walleye anglers view such an occurrence as a bad thing.

Traditionally, Minnesota Nice did not apply to smallmouth bass. They were underappreciated or flat out despised, especially in the north, where they had been introduced to many lakes during the first half of the 20th Century. Bass had strikes against them: they often overran waters where they were introduced and became stunted, their introduction often decreased numbers of desirable fish such as lake trout and walleyes, and they were considered less palatable walleyes.

The smallmouth’s primary claim to fame is that it has long been considered a premiere sport fish by some anglers. In Minnesota, smallmouths had a cult following among anglers and, by and large, they still do. Minnesota remains a walleye state. That said, smallmouth advocates have pressed for special regulations largely intended to protect the size structure of smallmouth populations in specific waters. Large smallmouths are susceptible to overharvest. Special regulations have allowed the development of trophy smallmouth fisheries in places like Mille Lacs and the Mississippi River.

In the cold, infertile lakes of northeastern Minnesota, a different strategy has been used in lakes infested with runt bass. All smallmouth over 12 inches must be released, although anglers are allowed to keep one trophy topping 20 inches. Bass grow slowly in these lakes, so the point of the management strategy is to trim off small fish and allow the large ones to survive, thus improving the size structure of the population.

My own experience with smallmouth bass in recent years seems to echo that of the anglers Fellegy interviewed. First, my favorite walleye lake flipped to bass. The last time I went fishing there, two years ago, I caught identical, eight-inch smallmouths on every cast. When I started searching for a new go-to lake for walleyes, I was surprised at how common bass had become. Most telling was a short trip into the Boundary Waters to a lake that used to consistently offer up stringers of honest two- to four-pound walleyes. I went there with friends twice in one summer, both times on evenings that seemed perfect for walleye fishing. Instead, we caught bass; lots and lots of bass. Pulling up on reefs and humps that traditionally were walleye havens, we’d mark schools of fish that turned out to be bass. On both trips, we agreed that we didn’t even have a bite from a walleye.

On the other hand, I enjoy occasionally fly-fishing for smallmouth bass. I’ve experienced good fishing on waters with special regulations in place, notably the Mississippi River upstream from the Twin Cities and Two Island Lake near Grand Marais. In recent years, I’ve caught some pretty nice bass while pursuing other species. Generally, I release the big ones.

However, I kill most of the bass I catch, especially in lakes where they are becoming more abundant. If they are big enough to filet, say the size of a keeper crappie, they come home with me. My efforts won’t rid a lake of bass, but maybe, in a small way, they’ll help slow their proliferation. While I don’t mind eating them, they are not as tasty as walleye. An old-timer told me you can improve their flavor by fileting them immediately—before you head home from the lake. I’ve yet to do so.

Like many anglers in my corner of the state, I’m usually not thrilled to reel up a smallmouth. I’m dismayed to catch them when I’m after walleyes or trout. While bass can coexist with the latter species, most often a lake is better off without them. Over the years, I’ve watched them appear and proliferate in some of my favorite fishing lakes. Never has their presence improved the fishing. Bass are aggressive, voracious eaters that can compete with other species at various life stages.

There is a place for smallmouth bass in Minnesota’s waterways, but not in every river, every lake. While their rapid expansion in state waters is likely the result of a natural phenomenon, (dare we say a warming climate?), we should expect fish managers to do their best to explain why it is happening and what it may mean for the future of our fisheries. And if we have any means to manage these new bass infestations, perhaps we should get to work. During the past 20 years, we’ve learned how to protect trophy-sized bass and how to address populations overrun with runts. Maybe now we need to learn how to keep the bass population in check.

We already started going this direction with northern pike management. Regulations have been developed for some lakes with high bag limits for super-abundant hammer handle northerns. Maybe a similar strategy is needed for smallmouth bass. It may actually be easier to persuade at least some anglers to keep undersized bass, because they are not as bony as pike. Since they are members of the sunfish family, anglers might view them as just another panfish.

None of the anglers interviewed by Fellegy mentioned whether the expanding bass populations have affected their walleye fishing success. However, there have been complaints in the past that special regulations intended to protect smallmouth bass have led to declines in walleye abundance in specific lakes. Perhaps more research is needed on this topic. After all, the walleye is Minnesota’s most popular game fish. A vast majority of the state’s anglers would like it to remain that way. 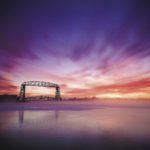