In the world of fishing, anglers rarely talk about native fish. They may distinguish between naturally reproduced, wild fish and those stocked from a hatchery, but that’s about it. Not many of us think about whether fish are native to the waters where we catch them.

The reason for this is that fisheries agencies have been introducing fish species to new waters for more than a century, including nearly all popular fishing waters. Often, fish managers are motivated by the desires of anglers seeking new or different game fish to pursue. Introduced fish species may become established in new waters and even displace native species. Sometimes, the new species thrive in compromised environments that can no longer support natives. But even when an introduced fish species develops into a self-sustaining population, it never becomes a native. A wild brown trout swimming in a blue-ribbon Montana trout stream remains a fish that is native to Europe. When you get right down to it, that brown trout doesn’t belong in that river any more so than a hippopotamus.

I’ve been thinking about native fish as I read “Native Trout of North America,” by the late Robert H. Smith. Published in 1994, the book chronicles Smith’s sojourns across the continent seeking the many species and subspecies of native trout and charr, often in remote headwater creeks. Smith was uniquely suited to this task. He was among the nation’s first waterfowl biologists, beginning his career with the Bureau of Biological Survey, which became the U.S. Fish and Wildlife Service. First by canoe and later by airplane, he explored the uncharted Far North to locate waterfowl breeding grounds. In 1952, he discovered the previously unknown breeding grounds of the then-endangered whooping crane.

I had the good fortune to meet Smith many years ago, when I spent an afternoon sitting on a porch overlooking Lake Superior talking about trout fishing, waterfowl and conservation with he and his good friend, the late Art Hawkins. As many in Minnesota’s conservation community and far beyond know, Hawkins, too, was a USFWS biologist of legendary stature. It was a wonderful afternoon.

Smith experienced the wild in ways that few of us have the opportunity to do. His explorations took him to places rarely, if ever, seen by human eyes. A lifelong angler, he always traveled with a fly rod and casted flies on unfished waters. In so doing, he developed a deep appreciation for native fish. His decision pursue them to the exclusion of all other fish, however, was based upon his dismay upon catching not only fin-clipped, but jaw-clipped hatchery trout in his favorite rivers, which also supported wild fish.

He wrote: “The consequences, as the rubber (hatchery) trout replace our stocks of wild, native trout, are appalling. Consider the example of streams in Utah’s Great Basin. During pioneer days the Utah cutthroat was the only trout present, yet abundant enough to provide a commercial fishery. Massive introductions of non-natives have hybridized most Utah cutthroat out of existence. Only a few relict populations of this trout now exist in tiny headwater streams. This, with few exceptions, is the same dreary story throughout the West.

“It was this dismal situation, including my revulsion in being forced to fish for factory trout, that made a final change in my personal ground rules for fishing. Henceforth I would angle only for wild, native trout in their ancestral habitat. I would use fly only and would take only those specimens necessary for photographs in natural color.”

No doubt Smith was a purist, but for the best of reasons. What he sought was the essence of the wild, distilled into pure-strain native fish. He could have kept these discoveries to himself, or shared them only with the scientific community (which he did). But Smith had the generosity to write a very readable book about the many varied forms of trout and charr, including the waters in which he found them. Most anglers excel at keeping secrets. We should be thankful that Smith did not.

Minnesota isn’t much of a trout state. The eastern brook trout is native to cold tributaries of the Mississippi drainage and Lake Superior. Lake trout are found in Superior and a few deep, northern lakes. At one time or another, hatchery-raised brookies and lakers have been stocked in nearly all of our native trout waters. Trout populations have also been compromised with introductions of nonnative species, including Pacific and European trout and salmon, and smallmouth bass. Still, genetic testing has shown the natives persist.

What Minnesota lacks in trout it makes up in spades with a wealth of cool- and warm-water fish species. Walleyes are native to our large lakes and river systems. Northern pike are native to waters statewide. Thousands of lakes support largemouth bass and panfish. Smallmouth bass are native to the rivers of the Mississippi drainage and some other waters. Other species, from massive lake sturgeon and muskie to tiny darters, are native here, too.

It is fair to say that Minnesota anglers take our native fish species for granted. In doing so, we fail to realize even common Minnesota fish have been widely distributed through stocking beyond their ancestral waters. Walleyes and smallmouth bass are two species found in many waters where they are not native. Even species such as channel catfish have been dumped into lakes to create new fishing opportunities.

In recent decades, fish managers have moved more toward maintaining self-sustaining, if not necessarily native, fish populations, rather than relying on hatcheries to support fisheries. Doing so requires maintaining healthy, functioning ecosystems, something that benefits far more than fish.

Still, fish managers haven’t kicked the habit of introducing non-native fish to new waters. Minnesota’s controversial muskie stocking program is a prime example. Nor, to my knowledge, does the state maintain an inventory of waters that still support their original fish populations. And we still see the politically expedient promotion of hatcheries to solve fisheries issues, such as the proposal to build a hatchery to stock walleyes in Mille Lacs.

This is not to say that all non-native fisheries or hatchery programs are bad. I enjoy fishing for introduced, yet self-sustaining populations of walleyes and steelhead. Trout stocked in tiny, cold-water lakes provide recreation and good eating. And I don’t begrudge anyone who enjoys fishing for stocked muskies.

That said, an awareness of native fish can lead you to a deeper appreciation of fishing. Catching a lake trout from Lake Superior or a lake whitefish from an inland lake always makes my day. When I travel to fish, I much prefer going after the species that originated there, from Atlantic salmon to west slope cutthroat trout. Somehow, by doing so, I feel a deeper connection to the natural world. 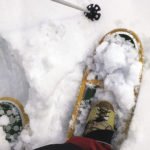 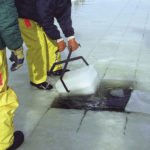 Interview with an Ice-Maker