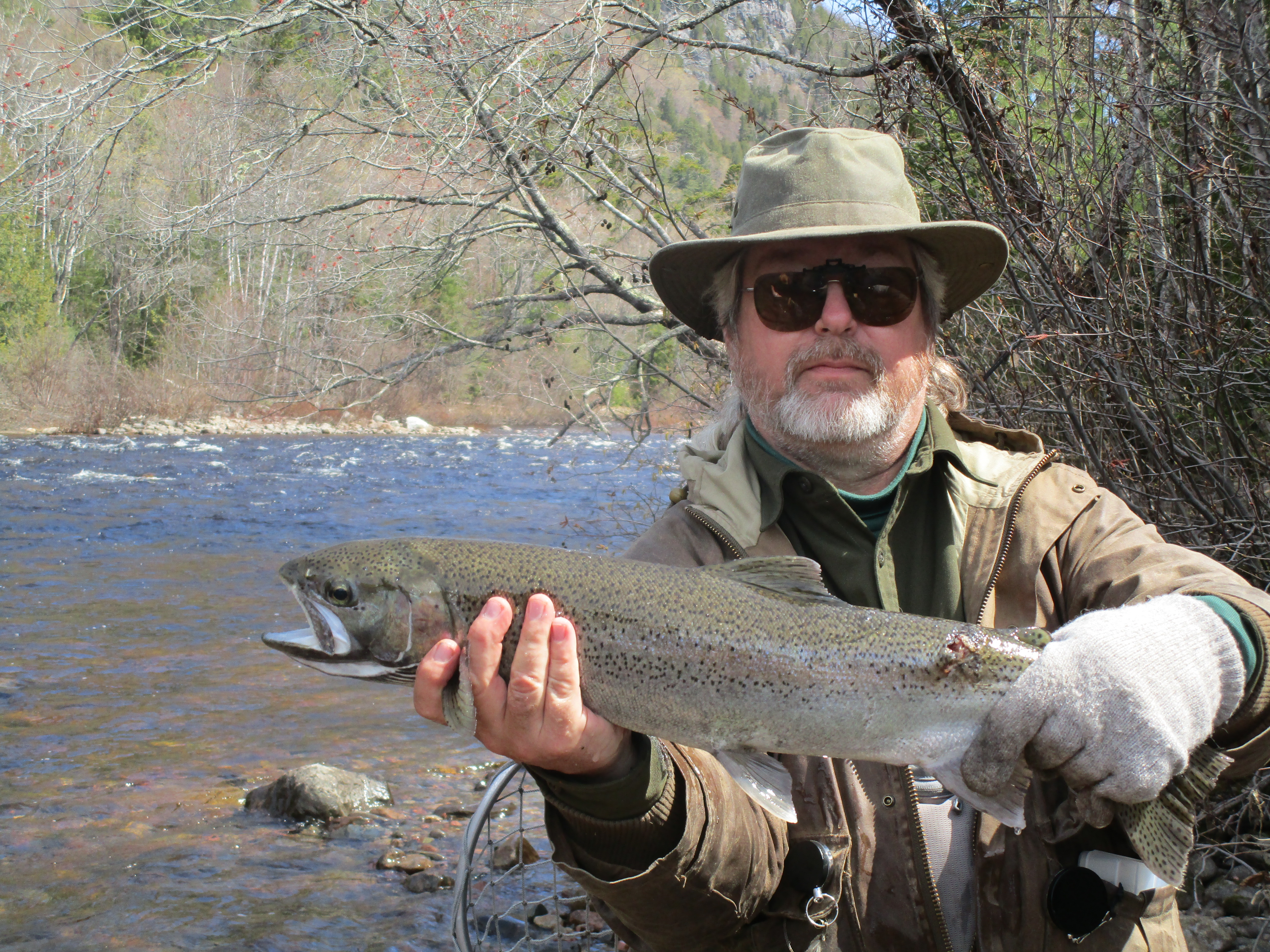 This steelhead has a puncture wound that may have been from an eagle. | SUBMITTED

They launched from a birch tree; first one, then the another. The two bald eagles were perched above a small tributary to a North Shore trout river and flushed as I approached on a passing trail. I knew what they were up to. It’s spawning season for rainbow trout and suckers, both of which may be seen in the shallow riffles along streams. From an eagle’s view, the birch above the creek was a good spot to go fishing.

It’s not unusual to encounter eagles while fishing along the North Shore in the spring. You’ll often see them soaring high overhead. Sometimes they fly below the treetops, following the course of a stream, clearly on the hunt. On occasion, I’ve happened upon the remains of dead trout or suckers that were likely a meal for an eagle or osprey. Such evidence is rarely around for long, because it is devoured by gulls and other scavengers. Last year, a fishing friend caught a steelhead with puncture wounds on its flanks, likely created by the talons on a bird of prey.

Once, I was fishing alone on a Canadian river when I heard a cry overhead. I looked up to see an osprey clutching a sizeable trout. Just then, an eagle arrived, intent on stealing the osprey’s dinner. Sometimes you are lucky enough to witness a natural drama. This was one of those days. The eagle was aggressive, but the osprey, even while clutching a big fish, was the more nimble flyer. Around and around they pitched and whirled, while the fisherman below watched the show. Suddenly, it was over. Still carrying its fish, the osprey flew upstream. The eagle went the other direction.

Earlier this spring, I happened to notice an otter that was fishing in the same river as me. It was loping along on the shelf ice some distance away. I don’t think the otter saw me. Like eagles and ospreys, otters will eat trout when they have an opportunity to do so. A friend once watched an otter haul an eight-pound steelhead from Wisconsin’s Bois Brule and enjoy a feast on the river bank. A memorable passage in the late John Voelker’s classic Trout Madness, tells of the author watching in horror as a pair of otters hunted in a pool on a favorite brook trout creek. Although Voelker expressed an abiding hatred for otters due to their trout depredations, I don’t recall that he saw the otters actually catching a trout. Perhaps they were catching crayfish or some other aquatic delicacy.

I’ve encountered otters many times, including having a family of them pop up like seals around my boat on Lake Superior. A couple of years ago, I watched one swim beneath new ice on a beaver pond. More than once they’ve swam among my decoys while duck hunting. The most memorable encounter was when a yellow Lab named Rebel came nose to nose with one along a trout stream about 30 years ago. Reb was fearless, but so was the otter. Amidst growls and hisses they faced off. Calling the dog didn’t work, but he was likely wise not to turn away from the angry otter. Although I very much didn’t want to get involved in their dispute, doing so was my only option. I walked up to the dog, reached down and pulled him away by the collar. The otter, much to my relief, simply looked at us and then went the other direction.

Sometimes, you can’t see trout stream predators unless you catch them. An example is the northern pike, which occasionally shares cold water streams and lake with brook trout. On more than one occasion, I’ve expected the hard-tugging fish on the end of my line to be a whopper brookie, only to land a small pike. Once, while fishing a large Canadian tributary to Lake Superior, my friend said he’d caught and released a large pike. We didn’t believe him until he produced a picture of the pike, which appeared to be about 15 pounds. Not long ago, a friend told me about a lake where pike are reaching massive sizes by feeding on stocked trout. I haven’t had an opportunity to go fishing there.

Trout in lakes are also susceptible to water birds like the common loon. The ancient birds are often my only company when fly-fishing north country trout lakes on soft summer evenings. Sometimes I’ll listen to their distant calls and laughter. At other times, they’ll surface right beside the canoe. Either way, loons have never spoiled my fishing. If anything, they’ve enhanced my experience.

About the only predators I begrudge are the ones that walk on two feet and are motivated by greed, rather than hunger. Spend enough time in the North and you’ll hear half-whispered tales about illicit netting, a practice that seems to be less common than it once was. You’ll also hear about outlaws who help themselves to more than a legal limit when the opportunity presents itself. This, too, may happen less frequently than it used to. However, even anglers abiding by the rules can put a dent in trout populations. This is why the first step to recovering a dwindling trout population is to reduce the daily bag limit. Conservative bag limits are the often a key part of the strategy to maintain wild trout populations, even in lightly fished waters.

I like to fish where eagles, loons and otters dwell, because they are inevitably good places. Never do I begrudge the sight of a natural predator going about its business. I figure the angling must be pretty good if the predators are fishing there, too. I go fishing to catch fish, but chance encounters with these wild creatures are the moments that make my day. 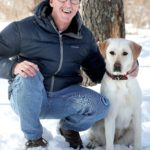 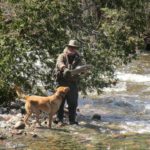 When a fishing trip becomes an adventure