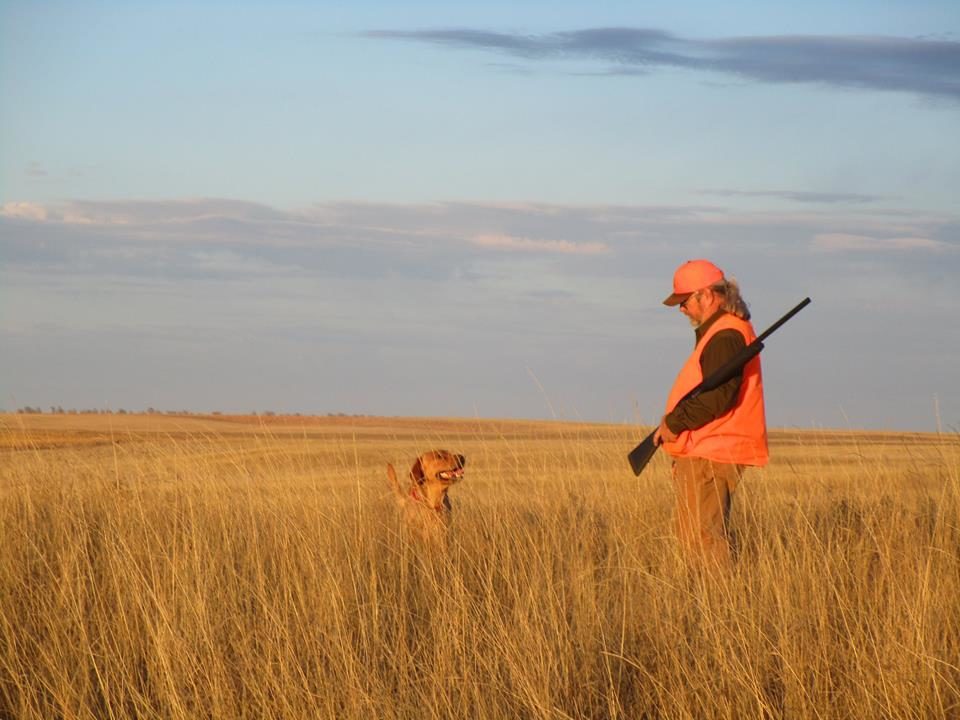 Flushing live pheasants and finding downed birds is nearly impossible without the capable assistance of a hunting dog. | SHAWN PERICH

A day before we left to go pheasant hunting, he was ready to go. He sat on the tailgate while the truck was being packed to make sure he wouldn’t be left behind. Not that there was any likelihood of that happening. He was the star of the show. At age three, yellow Lab Rainy was a seasoned pheasant hunter about to make his fifth trip to South Dakota.

It’s a long drive from the North Shore of Lake Superior to the Great Plains, but we like it out there among the buttes and coulees. The dog finds enough pheasants and sharp-tailed grouse to keep things interesting. During the course of a hunt, we often encounter mule deer, pronghorn and other western wildlife. At night in camp, we are serenaded by coyotes and owls. Cackling rooster pheasants are our morning alarm clock.

We hunt hard, but play it smart to avoid overworking the dog. This means we put in a couple of hours or so starting at legal shooting time and then take a break during the heat of the day, when the temperature may top 70 degrees. Later, when the sun slides toward the western horizon, we head out again. It’s a rare day in South Dakota when two guys and a good dog can’t flush enough roosters to kill a limit in that amount of time.

We hunt land open to public hunting, so we work for our birds. This is where smart hunting strategies and an experienced dog pay dividends. We like to say that we are better pheasant hunters than pheasant shooters. No doubt Rainy agrees. We contribute a dollar to the pool every time we miss a shot at a rooster. By the end of a five-day trip, the pool accumulates enough coin to pay for pizza and beer. We are not proud of this reality. At least we make the best of a bad situation. And we always vow to spend more time practicing on clay targets next year.

You can hunt pheasants a couple of different ways. The old school method is to round up a crew of family and friends to do a “push” through likely cover. Post the best shots in the crew at the upwind end of the cover. Then take the rest of the gang and any available dogs and line them up on the other end. March in sync (or nearly so) toward the posters. Pheasants lurking in the cover will run ahead of the marchers and then flush when they reach the posters. When they do, all heck erupts. Posters and marchers both go ‘bang, bang, bang,’ the dogs retrieve and a few roosters become candidates for a pheasant hotdish made with cream of mushroom soup.

About 30 years ago, author Steve Grooms coined the term “modern pheasant hunting” to describe the other way to get your birds. One or two hunters follow a dog through the cover and take on the roosters one at a time. Wary, skittish and prone to run rather than fly, rooster pheasants are a formidable quarry. That’s where the dog comes in. You can go one of two ways with a hunting dog: pointer or flusher. My preference is a flusher, notably a muscle-bound Lab that is undaunted by the thick cover; a description that fits Rainy to a T. From him, pheasants may run, but they can’t hide.

Regardless if you are old school or modern, a pheasant hunt is conducted like a military operation. The trick is to make a silent approach to the cover, work into the wind and to push the unseen, running roosters to a point where they are forced to fly. This may be the end of a field, a break in the cover or a subtle change in the landscape or vegetation. Once you’ve spent time hunting pheasants, you start to recognize these places.

But modern pheasant hunting is all about the dog. Without one, you’ll see few pheasants and have trouble finding the ones you knock down. Despite their colorful plumage, roosters, even dead ones, have an uncanny ability to disappear when they hit the ground. A wounded rooster will hit the ground running and do its best to perform a disappearing act. Rainy’s job is to track them down and bring them to hand. His ability to do so never ceases to amaze me.

Consider the rooster that dropped in a field of deep grass. Rainy saw the bird fall and was there immediately. Furious tail wagging showed that he could smell the bird, but it proved elusive. Time and again he buried his head in the grass, but didn’t come up with the rooster. Then he stopped, held his head high and listened. Focused on a spot six feet in from of him, he leapt like a mousing fox and pounced. Missing the bird, he tried this routine again and again until proudly emerging with the rooster. For a hunting dog, that’s all in a day’s work.

And watching that dog work is what pheasant hunting is all about. You can train a dog to jump off a dock, sniff out contraband or serve as a loyal assistant to a blind person, but if you want to witness athletic skill coupled with pure joy, follow a hunting dog through a field of pheasants. The best ones learn something from every flush or retrieve, which means they just keep getting better at what they are born to do.

Their intensity is amazing. One afternoon, Rainy hit a scent and worked hard to pin and retrieve a hen pheasant with a broken wing. Since only rooster pheasants are legal game, I let the hen go in some thick grass while holding the dog by his collar. For Rainy, my action was unthinkable, even crazy. He lunged in an attempt to catch the bird again, easily pulling me off my feet. I had to drag him by the collar away from there. Soon he was hunting again, seeking other pheasants to flush. That’s what I like about Rainy—and pheasant hunting. 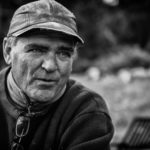 From Grand Marais to Montana, Tom Healy tries to make a difference 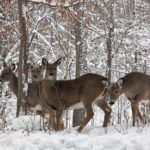 It’s about the hunt, not the kill