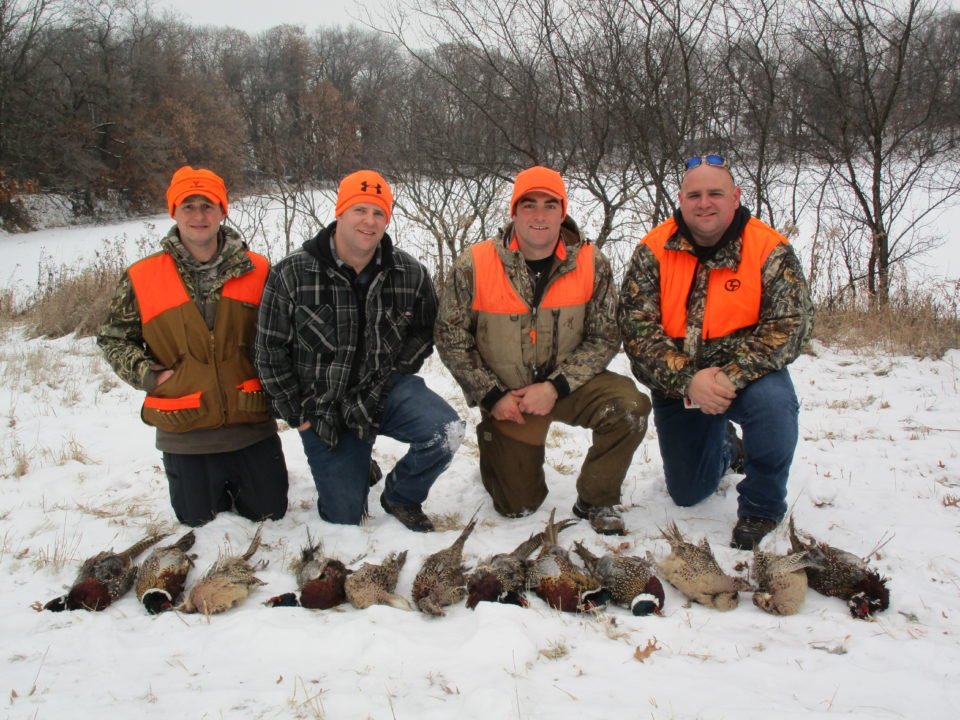 Members of the 148th Fighter Wing of the Minnesota Air National Guard, based in Duluth, recently enjoyed a day of hunting and target shooting at Wild Wings of Oneka hunt club through the generosity of the Yellow Ribbon Network of Hugo. Newly returned from a deployment in an undisclosed location in the Middle East, the event was intended as a “welcome home” for the 148th. It was the 20th such event the organization has hosted since 2010.

“We’ve hosted 1,800 to 2,000 members of the Guard over the years,” says Chuck Haas, chair of Hugo Yellow Ribbon Network and member of the Hugo City Council. “Our events are all funded by donations.”

The hunts were initially conceived by Haas and his hunting buddy, Mike Polehna, who at the time was on the Stillwater City Council. Missing a day of hunting due to rain, they mused about how Minnesota National Guard members were missing a whole hunting season when they were on deployment. So, they went to work creating the first welcome home hunt in March of 2010 when the 34th Infantry Division returned from Basra, Iraq. They discovered the local community strongly supported the idea. Donations began rolling in and have continued to do so.

Wild Wings owner Jeff Hughes donates the use of his facility, while his guides donate their time for the hunts and club members donate birds for the day’s luncheon. Local businesses donate $1,000 to be field sponsors, which allows four guard members and the sponsor to spend the day hunting and shooting sporting clays. Many of the business donors have been with the programs since the beginning. Wild Wings has 14 hunting fields and all were in use morning and afternoon during the 148th’s hunt.

“We’re working with National Guard units all over the state,” he says.

They work with each unit’s support service program, helping out however they can. Recently, they helped to organize a moving crew to assist a member of the 148th who was moving from the Twin Cities to Duluth.

“Whenever someone calls and asks for something, we do what we can to respond,” Haas says.

What motivates Haas is the fact that National Guard units now take a more active role in military operations worldwide. Their deployments are often largely unnoticed by their local communities. He believes it is important to show appreciation for their service and sacrifices.

Our field was about 20 acres of rolling land that was a mix of corn strips, woods, lowlands and pine plantings, which made for an interesting outing. The pheasants for the most part held tight and were flushed by the dogs. A few, despite our shooting, got away. Some flushed in the woods and didn’t present a shot. In the course of a full morning’s hunt, we flushed 22 pheasants and killed 12 of them. All agreed it was a pretty good time.

We then headed to the clubhouse for lunch. The place was packed, because there were more than 100 people attending the event. The buffet line was similar to Thanksgiving dinner with all the fixins, except instead of turkey we had pheasant and chukar in a butter sauce. To which the response from all was, “Wow!” We shared a table with some guys from the 148th who lived in Duluth, all of whom were avid outdoorsmen. It was clear that the Yellow Ribbon hunt was a big hit.

In the afternoon, we shot sporting clays. It must be duly noted that I was oldest member of our quartet by a couple of decades, because these young punks showed no respect to an elder. The banter and smart remarks flew as fast and furious as the clay targets. On the latter, it must also be noted that I outscored the punks. Touche!

I finished the day having a conversation with Haas in the clubhouse. He’s a soft-spoken guy who has been a member of the Hugo City Council since 1998. We talked not only about the Yellow Ribbon Network and the hunt, but also Hugo’s efforts to reduce groundwater use by taking advantage of stormwater runoff for irrigating lawns and similar uses. I left for home feeling inspired. Haas was a refreshing reminder there are still good people doing good things for others in this world. We need more people like him. 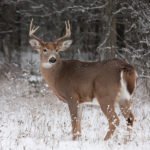 Alone in the deer woods 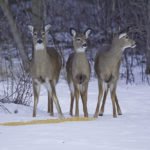