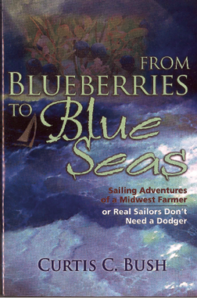 Despite knowing nothing of sailing, author Curtis Bush decided to pursue his lifelong dream and purchased a small 12-foot sailboat named Sea Mouse. After fixing it up and bringing it to a small lake for its maiden voyage with a friend, Bush began learning the ropes. A few upgrades and sailing adventures later, Bush purchased a 26-foot sailboat and single-handedly sailed from Duluth to the Atlantic Ocean via the St. Lawrence Seaway. This fascinating, fun-filled memoir tells the tale of his adventure, from humble beginnings to a dramatic end.—Breana Roy

This is Not My Life