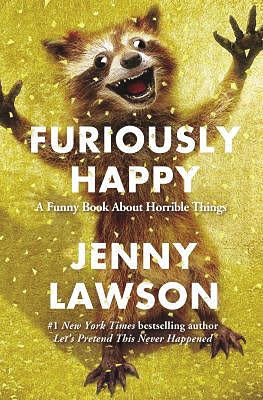 Baby, it’s cold outside…So why not stay inside by the fire, grab a cup of hot chocolate and curl up with a good book. Here are suggestions from our Northern Wilds staff for a good read this winter.

“Furiously Happy” by Jenny Lawson: This is a fun, illuminating, fast-paced book about one woman’s crazy adventure with depression. Whether you are depressed, or know someone who is, there are many opportunities to relate to this debilitating disease through laughter.


“Newlyweds Afloat: Married Bliss and Mechanical Breakdowns While Living Aboard a Trawler” by Felicia Schneiderhan and “The Emancipation of a Buried Man” by Eddy Gilmore: I recommend both books, since both authors live in Duluth and both books are about adventure, just different kinds. Felicia describes getting married and living on a boat with her new husband. Eddy talks about growing up in the home of a hoarder and finding relief in the outdoors. Both books are worthy reads.

“Boundless: Tracing Land and Dream in a New Northwest Passage” by Kathleen Winter: As the Canadian writer-in-residence on an expedition ship travelling through the Arctic’s Northwest Passage, Kathleen Winters writes a compelling narrative of the voyage in her book “Boundless,” deftly blending travel and nature writing, Inuit culture and traditional knowledge, European Arctic history and memoir. At times, the journey triggers flashbacks to her own past. Other times, she struggles to understand the powerful forces of the land, questioning “Was the mysterious energy of the land real?” Starting in Greenland and ending in Kugluktut, Nunavut, there are stops at remote settlements, dramatic landscapes, desolate islands, historic landmarks (like the three gravesites on Beechey Island of the first men that died on the famous ill-fated British 1845 Franklin Expedition), polar bear and muskox encounters, and even Arctic drama when the group has to evacuate their ship after it gets grounded on an uncharted rock in Coronation Gulf.

This Year, Focus on what Truly Matters 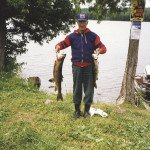 Ed Marsh; A Mentor and Friend