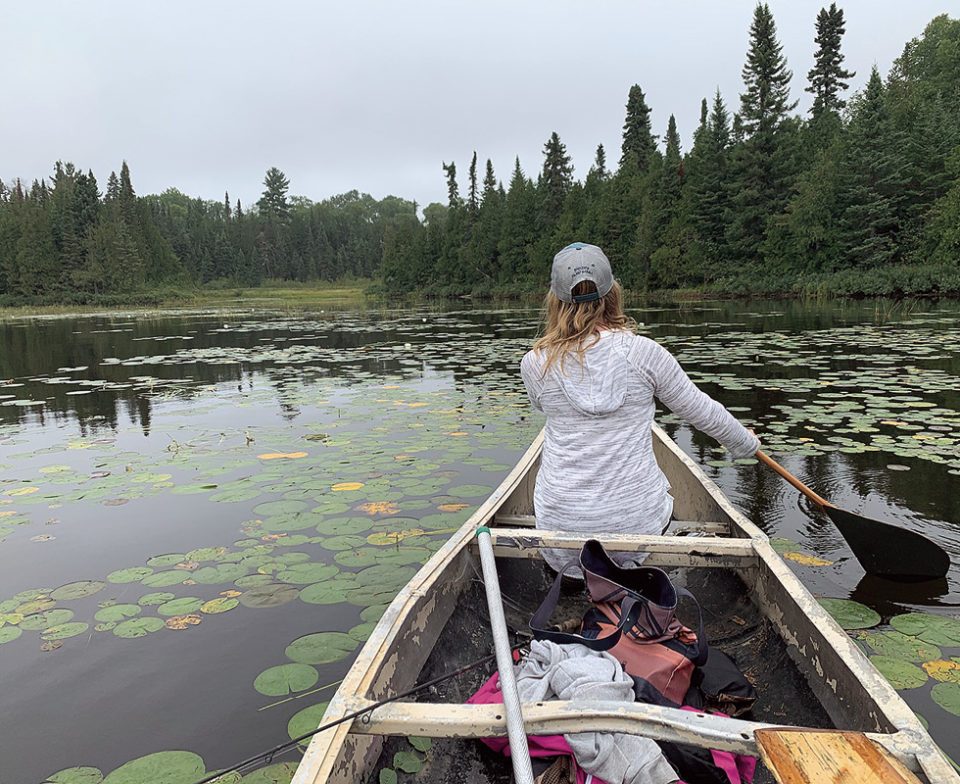 Maybe it was a bit idiotic. It was a couple hours out of my way and I already had a nine-hour drive ahead of me before punching in for work at 8:00 the next morning, but I veered from my course anyway.

I was spending the weekend near Ely, but before I headed home, I decided to visit an old friend. She lives deep in the Superior National Forest near Grand Marais. At least, she used to. It had been years since my last visit.

I suppose there was a chance I’d show up at her lakeshore home, only to find the place vacant, but that thought never crossed my mind.

I drove through Ely, skirting the edge of the fabled Boundary Waters, making my way toward Grand Marais. The highway wound snakelike through the boreal forest. The last 15 miles of my drive was all gravel roads, but like a migrating Canada goose, I homed in on my destination like I’d driven there every day of my life, finally pulling over where a small stream trickled under the road.

“Here goes,” I thought as I gathered a paddle, life jacket and fishing gear, shrugged my shoulders and stepped off the road and into the forest.

Although unmarked and overgrown, a small trail meandered through the woods. It was wide enough to carry a canoe down—I’d found that out years earlier—but not much wider.

The trail led deep into a vast forest of spruce, birch, balsam, cedar and aspen. Sometimes I thought I recognized where I was; other times not. But all along, it seemed I was at least heading in the right direction.

After a good mile of hiking, I suddenly lost the trail. However, just then, even through the thick growth, I could see the lake ahead. I charged headlong through the dense conifers like a bull moose, and there, leaning up against a cedar, was an old white canoe.

Never before or since have I seen a craft quite like this one. It has to be old—a long-expired registration sticker bears the date 1974. It certainly pre-dates today’s Royalex and Kevlar materials. It is the most solidly built canoe I’ve ever seen…and hefted. It must weigh 75 pounds. It’s dinged up a bit and the white paint is flaking off in places, but it still floats like a cork and doesn’t take on a drop of water. I don’t know how long it’s been there or who put it there, but I doubt it’s leaving anytime soon. I can’t even imagine anyone could transport it the mile-plus hike required to reach the lake in the first place. It was likely driven in years ago on a long-overgrown logging road. No matter. It was there and I eagerly reunited myself with the old canoe.

I launched the stable boat and began pitching lures. Fishing was good and I brought in several pike and perch. For two glorious hours I watched goldeneyes, bald eagles, loons and a lone deer. I rediscovered a lake I hadn’t seen in years, marveling at the beauty of the high ridges surrounding this backwoods jewel. But too soon, the sun began sinking behind those ridges, and I decided it was best to get out of the woods before nightfall.

My paddle back to shore was a slow one. I dreaded the thought of leaving. My time at the lake was far too short. How I wished I could camp there for a few days. But before I begrudgingly left, the lake held one last surprise for me.

Back near where I’d found the canoe, I saw splashes in the water. Then nothing. Then they reappeared. At first, I was puzzled. As I sculled nearer, I discerned a cow moose completely submerging, then coming back to the surface in the shadows of the lakeside trees. The sight was truly breathtaking and one I know I’ll never forget.

When the moose saw me, she churned through the water back toward shore, and as the water became shallower, she bulldozed her way out of the lake and into the woods—then she was gone. Glancing over my shoulder at the sunset, I knew I needed to do likewise.

I left the canoe leaning up against the cedar tree and vowed my next visit wouldn’t be so long in coming. Or so brief.

It was a long, tiring drive home, but then, I’d do anything to visit an old friend. 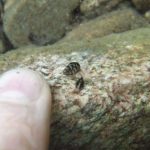 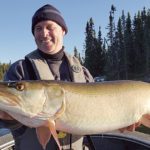