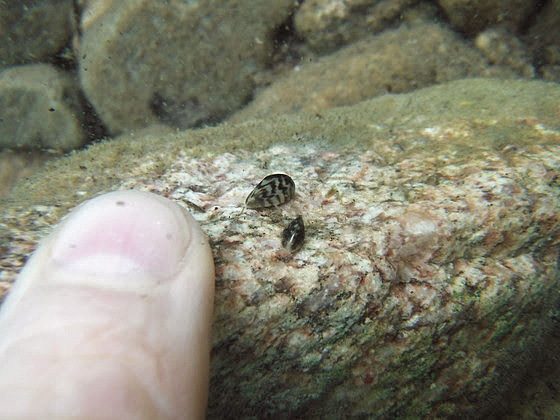 The Minnesota DNR recently confirmed a report of zebra mussels in the Embarrass Mine Pit, also known as the Sabin Mine Pit, near Aurora in St. Louis County. | SUBMITTED

A U.S. Forest Service employee contacted the DNR after finding several zebra mussels while swimming in a public area at the north end of the pit. A DNR invasive species specialist subsequently found adult zebra mussels in several locations in the 155-acre pit. Embarrass Mine Pit is stocked with stream trout and other fish species, making it popular with anglers. It has a maximum depth of 465 feet.

Zebra mussels were confirmed in the nearby St. James Mine Pit in Aurora in July 2021, after an initial report from the same individual to the DNR. The DNR is working with the city of Biwabik, which draws water from the Embarrass Mine Pit for municipal and domestic use.

Zebra mussels can cause expensive damage to water intake pipes and can reduce or block water flow into intake pipes. Water containing zebra mussel larvae, called veligers, must be filtered and/or treated to eliminate veligers before it can be used for drinking water or discharged to prevent the spread of invasive species in downstream receiving waters.

Whether or not a lake has any invasive species, Minnesota law requires people to:

In addition to damaging water intake pipes, zebra mussels can compete with native species for food and habitat, cut the feet of swimmers and reduce the performance of boat motors. 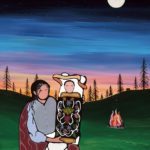 The Way a Grandmother Holds Us 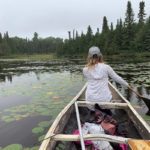