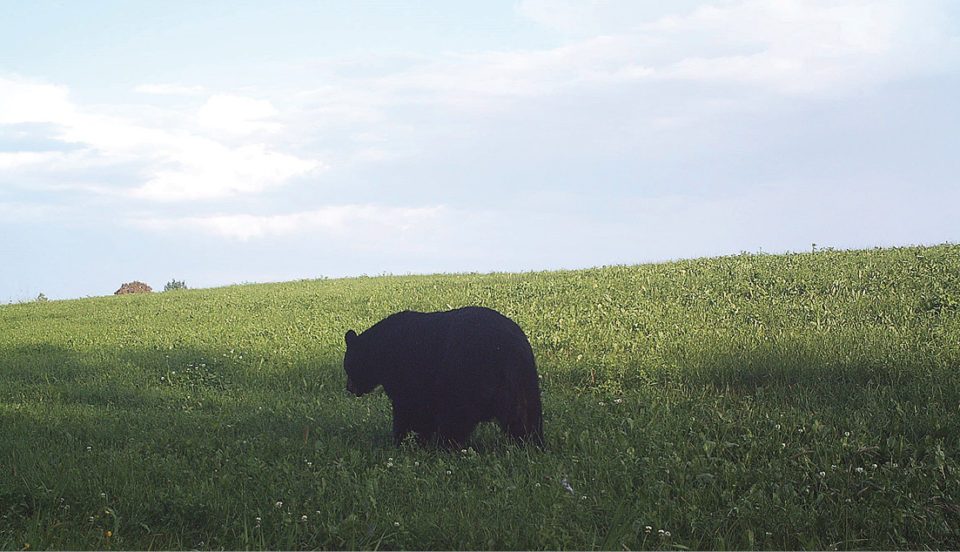 It is impossible to spend time fishing, hunting, hiking or boating and not have some experience that makes you question your sanity. | GORD ELLIS

The wilderness is often full of surprises and not all of them are welcome. It is impossible to spend time fishing, hunting, hiking or boating and not have some experience that makes you question your sanity. Since the theme this month is adrenaline, I figured it would be a good time to share some of my more blood pressure spiking experiences.

As a young man, canoe trips were a regular summer occurrence. Those forays into the deep northern woods helped me become the person I am today and gave me some decent bush smarts. Yet there were a few misadventures, too. One that I’ll never forget took place on the Drowning River, north of Nakina, in the late 1970s. The canoe tripping group included a few middle-aged men (including my dad) and two 17-year-olds, of which I was one.

The trip was uneventful until we were faced with a long portage. The map said there was a decent, well-marked trail. The reality was the area had burned and was a twiggy nightmare with no trail in sight.

So we went through the bush, using a compass and our strength. It was hot, buggy and we didn’t have enough water. At some point the group got lost. Keep in mind we were carrying canoes and Duluth packs full of food and gear. Some of the men got leg cramps from dehydration and were basically screaming.  As a younger buck, I was carrying a bit more than expected but also started to overheat. I had no water, so there was no choice but to strain nasty swamp juice through my hat and drink it. The fact I am alive today is a miracle considering what was swimming in that ooze. It was a terrible situation and could have ended badly. Yet many hours later, we did break out on the target lake, and everyone collapsed in a heap. Well, almost everyone. I took a canoe and went fishing, but that’s another story.

Speaking of water-related adventure, wading has provided some unexpected thrills over the years. Although you can wade wet, most of us prefer having a rubber or neoprene sheath over our legs. I’ve owned dozens of pairs of waders in my life, including custom fit ones. Wading is tricky as you have a number of things to deal with including current, gravel and general slipperiness. Most of us who wade regularly manage well, all things considered. Yet occasionally, things do not go so well.

There have been a few wading incidents in my past that have nearly gone wrong. One that stands out took place on a North Shore Lake Superior stream about 30 years ago. I’ve always been a confident wader, but this has led to some bad choices. During the time in question, I was fishing off a side of the river that was very swift and steep. There were a few anglers on the same side as me, but most chose not to risk fate. As luck would have it, a very large steelhead intercepted my yarn fly and turned its nose back to Lake Superior. The fish ripped off downstream headed for a long set of rapids. I began to follow the fish and was soon belly button high in swift water. The few anglers below me stepped back and watched the show. As the fish left the pool. I could feel my feet lose contact with the bottom. Suddenly, I too was heading for the rapids. Landing the steelhead no longer seemed a priority. Water began to trickle into my waders as I madly tried to stay upright and hold my fishing rod. Then, out of the blue, I felt the hands of another angler grab my suspenders and pull me out of the current.

“Where you heading, Gord?” said the man who I knew well enough to be embarrassed. The fish was long gone, as was my pride. I thanked the angler for stopping what was sure to have been a thrill ride with dire consequences.

Another adrenaline inducing experience that always comes to mind—and has kept me up at night—is connected to a bear hunt that happened a decade or so ago southwest of Thunder Bay. I was hunting on farmland planted with corn and the bears were smashing large tracts of the stuff down and eating it. The destroyed corn areas looked like crop circles. The farmer was more than happy to allow hunters to take the bear on the property. One afternoon, I grabbed my crossbow, climbed into a tree stand and stood watch over a trail that led from a swamp into the corn. The plan was to intercept any bruin sneaking into the corn before dark. At least, that was my plan. About 15 minutes before dark, I sensed movement on the trail coming from the corn. I looked over and could see a gigantic black bear waddling its way down the trail. Clearly the 600-pound bear had not got the memo and was heading out of the corn before dark. At about 60 yards the bear stopped, sat down and looked directly at me in the stand. Holding my bow and pointy stick was not making me feel very safe. This bear was a giant. The animal sat for about a minute as I watched it, sweat beading on my brow. Then, as if bored, it got on all fours, turned tail and went back from where it came. I breathed a sigh of relief, until I realized it was last light, and I’d need to leave the stand soon and walk up the same trail as the Volkswagen sized bear. Rarely have I been as freaked out as I was on that walk. Never did my truck look so good.

The woods can be full of mystery and excitement; and a little adrenaline is ok. Yet feeling calm and serene has its place, too. 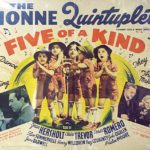 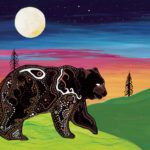