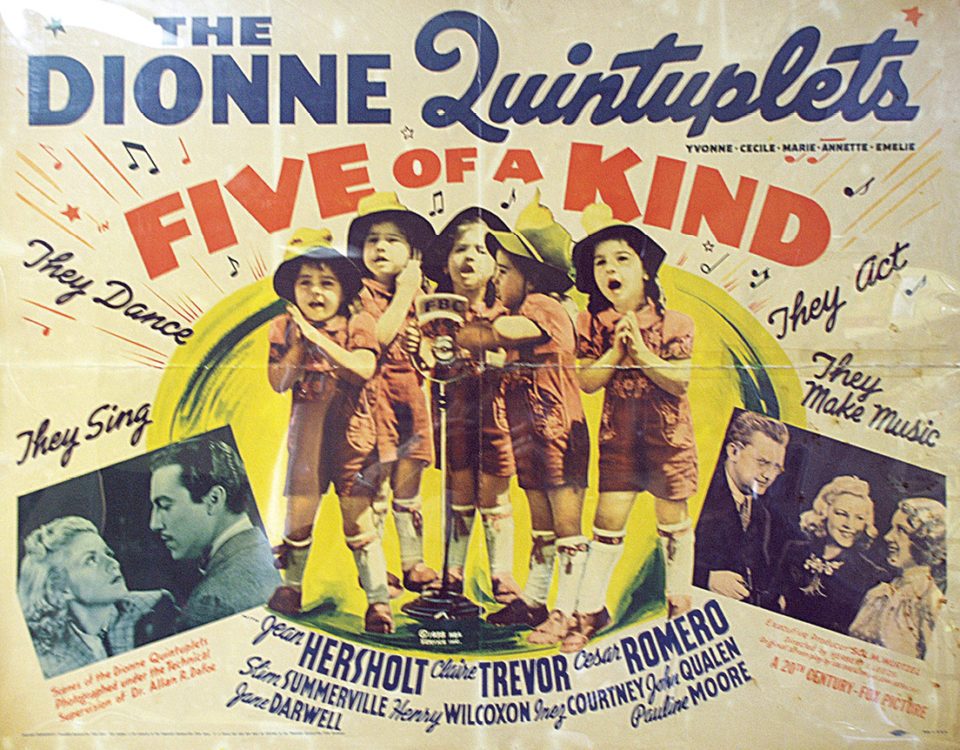 The Quints starred in three Hollywood feature films, the last one being “Five of a Kind” (1939). They were also in a 1938 short documentary film, “Five Times Five,” which in 1940 was nominated for an Academy Award Oscar. | ELLE ANDRA-WARNER

So, what did the launch in 1943 of five new coastal freighters at the Walter Butler Shipyards in Superior, Wisc. have to do with Canada’s famous Dionne Quintuplets, the five identical girls who at the time were the world’s only known quintuplets to survive?

Both U.S. and Canada were part of the Allies fighting in World War II, and both countries were setting records building ships as part of the war effort, including the shipyards of Lake Superior. As the story goes, there were so many ship launchings each week in Duluth/Superior—an average of 10 ships a month—that the public was beginning to lose interest.

At the time, one of the biggest shipbuilders in the Twin Ports shipbuilding industry of Minnesota and Wisconsin was the Walter Butler Shipbuilders (the former Lake Superior Shipbuilding). In 1943, the company had a contract to build 17 N-3 coastal freighters for U.S. Maritime Commission under its WWII shipbuilding program. To add excitement to the launches, the company’s president Robert Butler came up with the idea for a launch of five sister ships all in one day and be the first shipbuilder to accomplish such a feat.

Since 1811, when Britain’s Prince Regent (future King George IV) invited a woman—rather than a man—to be a ship’s sponsor, a new tradition evolved where primarily women were invited to be a ‘sponsor’ and christen vessels at ceremonial ship launches to bring good luck and safe travels to the ship and crew. In more recent times, the list of prominent women sponsors includes Mariah Carey for Disney Fantasy; Oprah Winifrey, MS Nieuw Statendam; Whoopi Goldberg, MV Serenade of the Seas; and, Queen Sonja of Norway, MV Majesty of the Seas.

In early 1943, someone at the Butler Shipbuilding suggested that each of the famed Dionne quintuplets, aka “The Quints,” be invited to sponsor one of the five ships—and that’s how the five 9-year-old Quints became involved with the company’s historic five-ship launch that became known as the “Quint Fleet.”

Some background; the five girls—Annette, Émilie, Marie, Yvonne and Cecile—were born on May 28, 1934 to French-Canadian parents Oliva and Elzire Dionne in Corbeil, Ontario, who already had five children. A few months later, the government made the Quints wards of the court, and took over custody and care of them for the next nine years (parents won back custody of their daughters in 1943). The government constructed a U-shaped nursery and house, staffed with nurses, police, a housekeeper and maids, and surrounded by a 7-foot barbed-wire fence. Dubbed “Quintland” and located near the Dionne family home, the amusement-like park became Ontario’s major tourist attraction as visitors came to see the Quints, generating more than $50 million in total revenue to Ontario. Over 3 million people visited Quintland including Hollywood stars Clark Gable, James Cagney, Bette Davis, Jimmy Stewart and aviator Amelia Earhart.

The Quints were featured in three Hollywood movies, the last “Five of a Kind” (1938) was released when they were 4-and-a-half years old. As celebrities, their images as endorsements were on many commercial products, including Quaker Oats, Palmolive Soap, Colgate, Carnation Milk and Babe Ruth candy bars.

Robert Butler inviting the Quints to be sponsors and christen the ship became a huge community and international media event. More than 15,000 attended to see the Quints at the ship launching, while millions in the U.S. and Canada listened on the radio. In the book Iron Fleet: The Great Lakes in World War II, author George Joachin wrote that there were 10,000 bleacher seats set up and sold at $3.30 each, plus 50,000 souvenir programs printed and sold at $1 each.

As sponsors, each Quint would bestow the ship’s name while they smashed a bottle of champagne against the bow of the 250-foot steel-hulled ship; reports though indicate the Quints did their duty smashing but missed saying “I christen thee (name).”

Built as N3-S-A1 class cargo vessels, the five ships were all named after early frigate captains: Watson Ferris; Bailey Foster; Gurden Gates; Moses Gay; and Asa Eldridge. After briefly working in the Great Lakes grain trade, all five ships of the Quint Fleet were on lend-lease to the British Ministry of War Transportation (1943-1949). After the war, some were sold, others already wrecked.

What did the Quints later think about their early life? In a 1997 published cautionary letter in Time magazine, “Advice from the Dionne Quintuplets,” to the U.S. parents of the first surviving septuplets in recorded history, the then-three surviving Quints—Annette, Cecile and Yvonne (died in 2001)—wrote “Multiple births should not be confused with entertainment, nor should they be an opportunity to sell products…And to those who would seek to exploit the growing fame of these children, we say beware.”

Moving forward to current times, while the Quint Fleet ships are gone, as is the Butler Shipbuilding company, the two surviving Quints Annette and Cecile celebrated their 88th birthday on May 28 this year. 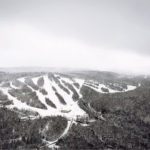 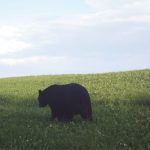