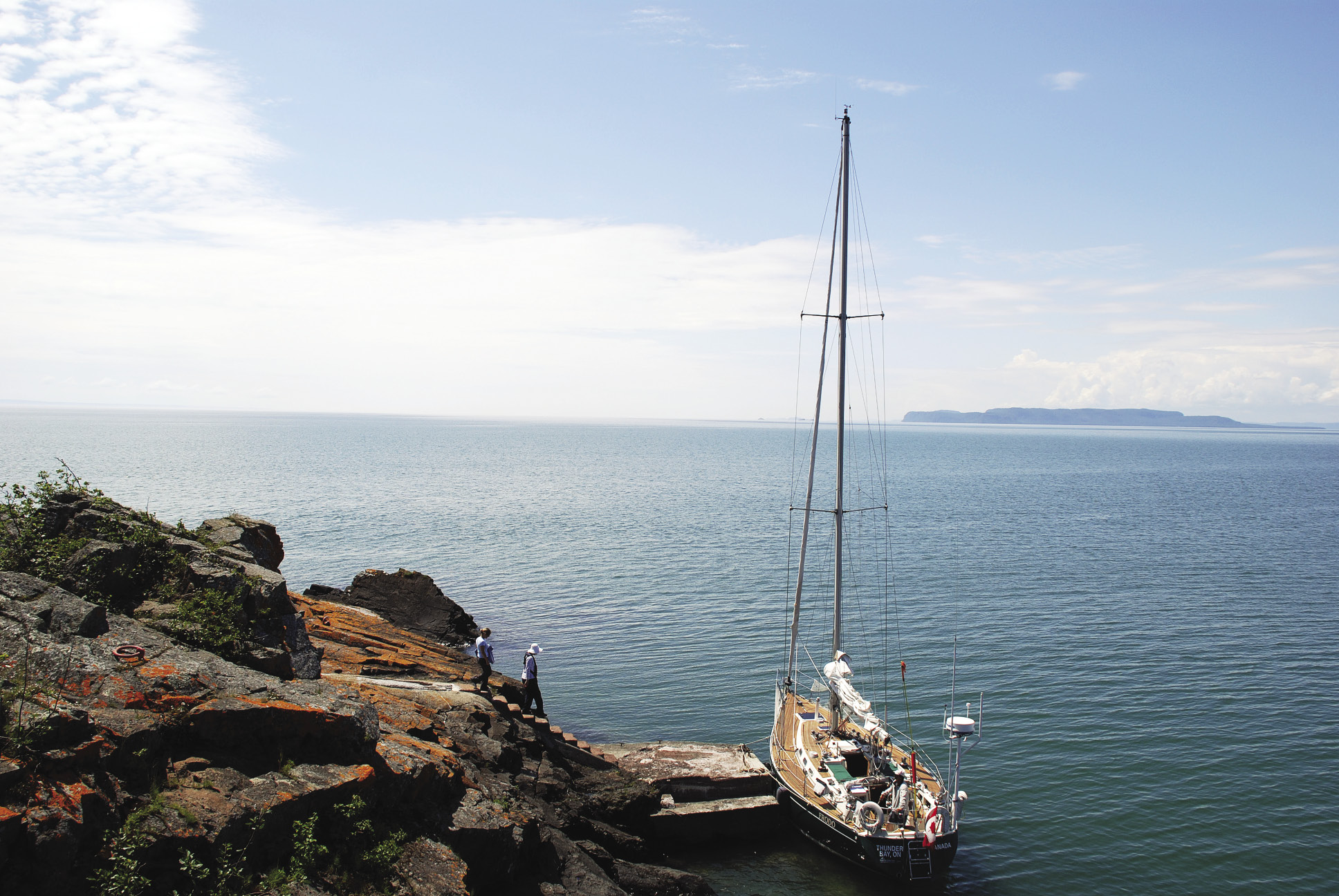 It’s a 90-minute sail on Sail Superior’s 40-foot Frodo to get to Trowbridge Island, which is located about 15 miles northeast of Thunder Bay. | ELLE ANDRA-WARNER

Thunder Bay—This summer, one of Ontario’s prettiest lighthouses on Lake Superior—Trowbridge Island Lighthouse—is getting a fresh look, thanks to the volunteers of the Canadian Lighthouses of Lake Superior Inc. (CLLS), an umbrella organization formed to restore lighthouses along the North Shore. CLLS will be updating and reconditioning the dock, carrying out conservation work, fixing the floor in the lighthouse keepers’ semi-detached house, painting the tower and upgrading the island trails and wooden staircase.

Located offshore from Sibley Peninsula, about 15 miles (24 km) northeast of Thunder Bay, the 39-foot-high octagonal lighthouse tower on Trowbridge Island was built of reinforced concrete in 1924 and is perched at the highest point on the island. Topping the tower is a red decagonal lantern, which houses a third-order Fresnel lens with a 16-mile visibility range. The lighthouse marks the north side entrance to the waters of Thunder Bay and rises 114 feet above the lake.

The small rocky island was named after New York’s Charles A. Trowbridge, one of the original officers of the Silver Islet Mining Company, which owned a silver mine—the world’s richest 1870-1884—on nearby Silver Islet. He also happened to be related to the president of Silver Islet Mining Company, Alexander Sibley, whose sister was married to Trowbridge’s uncle, Charles Christopher Trowbridge, a former mayor of Detroit and member of the 1820 Lewis Cass expedition, exploring the wilderness region of Lake Superior and the upper region of Mississippi Valley. (Sibley was also the brother of Minnesota’s first governor, Henry Hastings Sibley.)

Rugged, rocky cliffs border the island, making docking a challenge at times. Near the dock is a lichen-covered helicopter pad, duplex two-story keepers’ house and the start of a lichen-covered concrete walkway leading to mid-island, the fog horn house and a 175-step wooden staircase up the hillside to the lighthouse. The long climb up the stairs is well worth it to get up close to the historic lighthouse and see the stunning, panoramic views of Lake Superior stretching to the horizon.

The waters around the island have been the scene of several famous shipwrecks. On November 17, 1906 during a sudden snowstorm with strong wind gusts, the 255-foot Canadian steamer Theano, bound for Port Arthur (now Thunder Bay) with a cargo of steel rails, was pushed off course into Trowbridge Island, crushing her side after hitting the rocky shore broadside. She sank and wasn’t located until 2005 in 360 feet (110 km) of water. Then, in 1953, the 424-foot Scotiadoc (launched in 1904 as the Martin Mullen) sank near the island in heavy fog and rain after colliding with the 451-foot freighter Burlington, resulting in one death of her 29-man crew. She was located in 2013 by a group of shipwreck hunters in more than 850 feet of water, giving her the distinction of being the deepest known shipwreck in the Great Lakes.

While Trowbridge will be under construction most of the summer, the public is invited by CLLS to visit the site during the Rendezvous event on August 19. 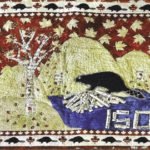 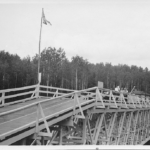