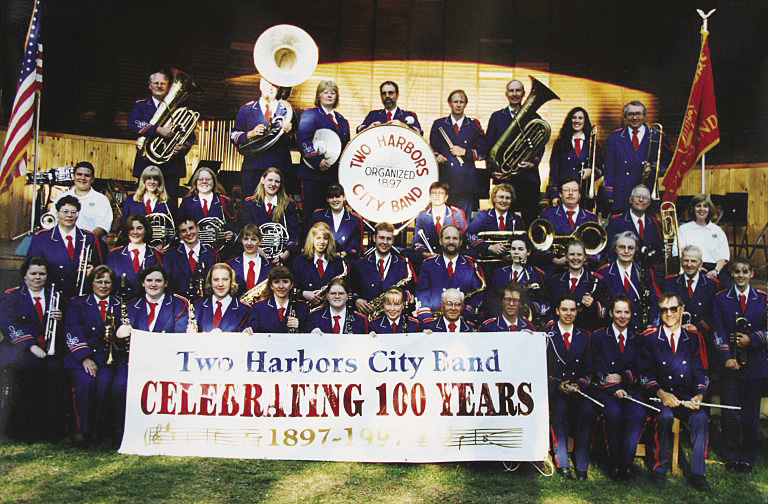 Most people can agree: it’s incredibly challenging to coordinate volunteers and keep them engaged. Despite the obstacles, the Two Harbors City Band has rallied and motivated its volunteer members since the band organized in 1897. It even operated continuously through WWI and WWII.

The City Band is an offshoot of the Duluth and Iron Range Railroad Band. In the 1890s, the railroad decided not to fund the band anymore, so it donated the equipment to the city. From there, the city formed the band, but its historical connection to the railroad is not forgotten. Some of the group’s oldest music, from the 1890s or earlier, is stamped with the railroad band’s insignia.

The group has about 40 active members, and people play instruments that are common in concert bands: clarinets, flutes, saxophones, French horns, tubas, trombones, percussion and more. The band schedules about 10 performances every summer at the Thomas Owens Park in Two Harbors, on Thursday nights from 7:30 p.m. to 8:30 p.m., weather-dependent. “We’ll play even if it’s misting and drizzling and cold. People will either sit in the cars or have rain suits and umbrellas,” said Glaser.

Each time, the band plays new music for a crowd of about 150 people. “Want to know a secret?” asked Glaser. “We only have one practice for every concert.” Glaser said the volunteers who are committed to the band have a passion for music, and there are limited local options for people to perform.

“Music is a life thing. You start playing a piano when you’re five, six or seven years old, and you play it until you die,” said Glaser.

The band’s oldest member is in her 80s, and she directs and plays the tuba. Several local members have been involved for 40 to 50 years.

The City Band regularly plays at venues other than Thomas Owens Park. The group has played at the Two Harbors High School, Split Rock Lighthouse State Park, the Silver Creek Cliff tunnel grand opening, and for navy ships arriving in the Duluth Port Terminal. The City Band plays to its largest crowd of 300 people during the Two Harbors Heritage Days, a yearly celebration of the town.

The City Band is always recruiting, ninth grade and up. “We hope to make it another 100 years,” said Glaser.

The City Band is seeking new members (no tryouts needed), and donations for revitalization of the Thomas Owens Park bandshell. To contact the group, visit www.friendsofthebandshellpark.com. 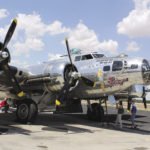 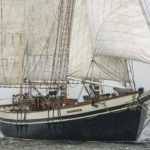 Dancers prepare to take the stage