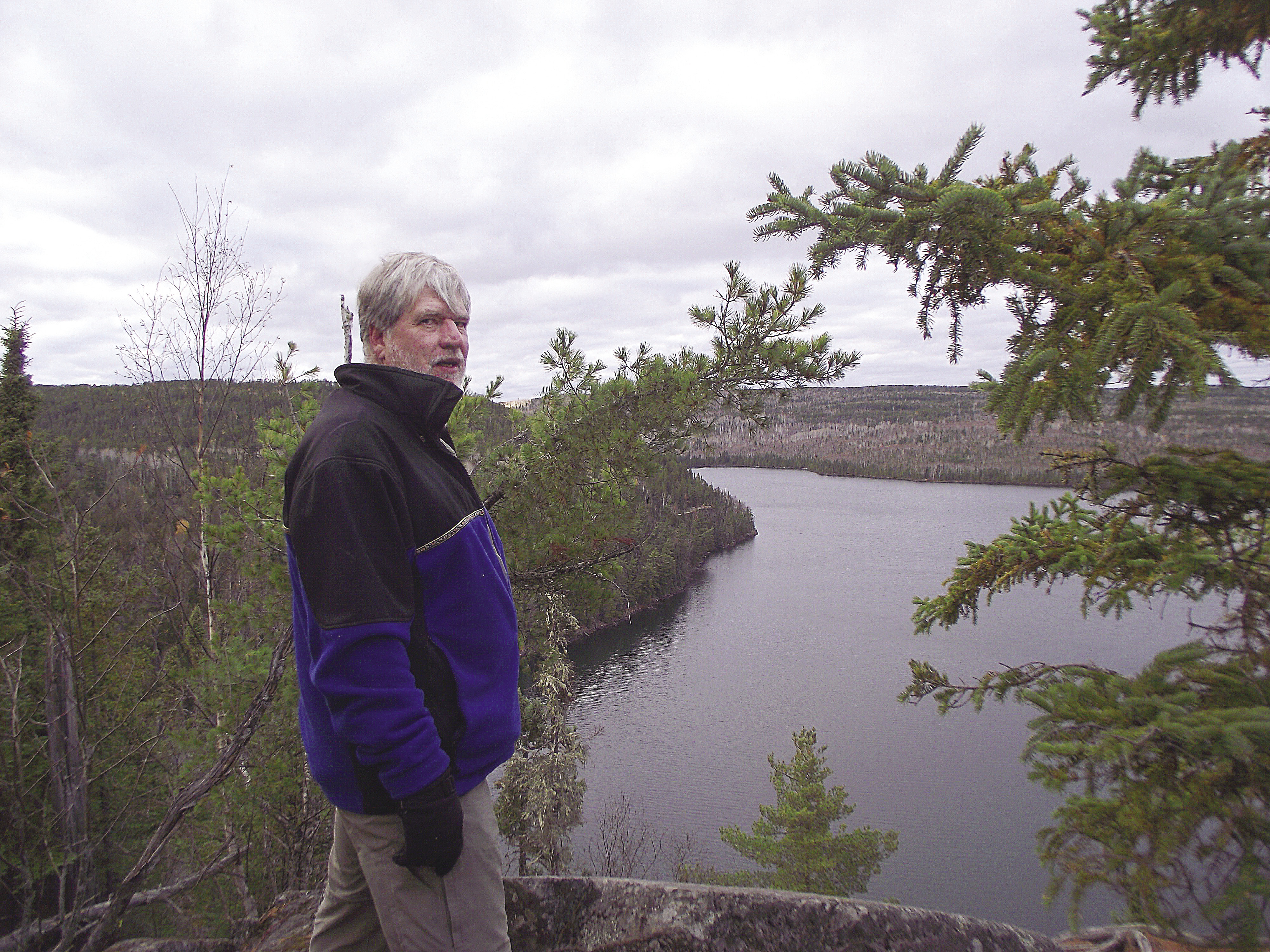 The author takes in the $750 view on Rose Lake in the Boundary Waters. | KATIE VIREN

After my son Tor lost his iPhone during a canoe trip last year, I had considered paddling to Rose Lake on a recovery mission. He had lost the phone while bushwhacking up a steep hill to enjoy a lunch spot with a view. MEA weekend in October provided the opportunity, and after I persuaded my sister Katie to accompany me, the trip was on.

To be sure, I was motivated by more than just the phone. It had been decades since I had seen the falls at the famous Stairway Portage or stood atop the palisades at Rose Lake. Too seldom had I paddled the BWCAW during the fall. Autumn travel in the Boundary Waters has it all: fewer restrictions on travel, less crowded lakes, the cooler weather and, of course, almost no bugs.

On our day of departure, cooler had morphed into cold. The temperature was a mere 16 degrees Fahrenheit as we gingerly settled our old Mad River canoe beside the ice-rimmed rocks at the Bearskin Lake landing. White clouds scudded along, foretelling winds that might prove troublesome. Gloves and a wool hat were necessary.

Still, my heart thrilled to feel the light bucking of the waves and hear the rush of water against the canoe, and the plunking of our paddles into the frigid water. We had the lake to ourselves.

After navigating some tricky side-winds on Duncan Lake, we were surprised to find several canoes at Stairway Portage. At the far end of the portage, we met a couple who had been camping on Rose Lake. When asked about sleeping in 16-degree weather, they reported no problems. They commented on the autumn beauty and solitude of Rose Lake, wishing their schedule allowed them to stay longer.

The beauty of Rose Lake dispelled any reservations about traveling in the cold. Though a storm had recently stripped the deciduous trees of their colorful leaves, the steep Canadian hillsides were striated with swaths of dark greens, browns, and whites, agate-like in their contrasts.

The southern shore was mostly in the lee, so we did not suffer from cold winds, making good time as we paddled toward the narrows, where our search for the lost phone would begin.

Tor was unsure of where he lost his phone, so our search was based on speculation. We improvised a strategy and spread out, eyes to the ground through dense brush and rocky hillsides, trying to image the path Tor and his cousin Hans might have taken to their lunch spot overlooking a bend in the narrows. If only I could have trained Dylan, my trusty Griffon, to sniff out the phone.

We searched, backtracked, climbed deadfalls and poked our noses into the gaps between boulders for about two hours. The area was just too vast and dense; the possible routes too many. Eventually, we gave up the search and decided to find their lunch spot, to see what they had seen. It took a lot of scrambling, as the hillside was littered with deadfalls. But, the location of their lunch spot was obvious. To the north were the steep Canadian hillsides. Eastward, the narrows opened a bit to form Rat Lake. We could see for miles below the low, scudding sky. It’s hard to put a price on a view, but $750, the cost of a new phone, might have been worth it.

Though the sunless sky was hinting at the approach of evening, we took time during our return to explore the wonders of Stairway Portage. We dallied at the falls and hiked along the Border Route Trail to the top of the palisades. From there, the vast expanse of Rose Lake opens in both directions, framed by tall pine and spruce trees.

Evening set in as we paddled across Duncan Lake, the winds now tame. A splashing to our right signaled the entrance of a lone cow moose. We stopped paddling. Moose and human stared, pondering one another. Eventually, the growing dimness prompted us to move on. I like to think the moose was there to greet us on our exit, a special perk for having ventured into the BWCAW in October.

In the end, we did not recover the phone. We did, however, rediscover the wonders of autumn travel in the Boundary Waters. That, I think, is priceless. 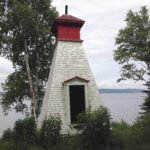 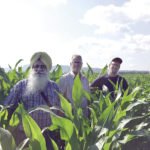 Farming in the North: Stone-ground Flour and More